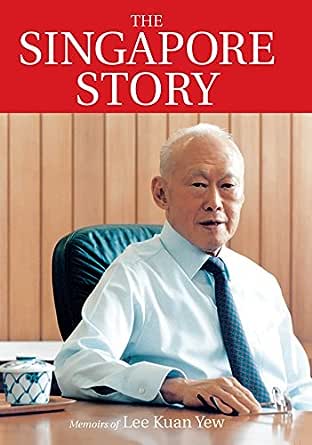 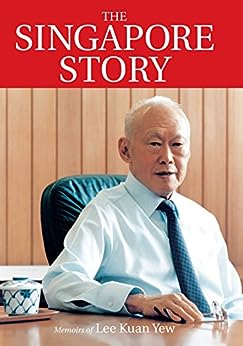 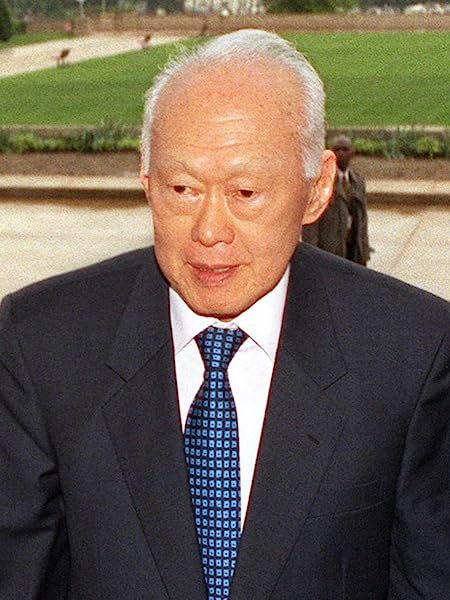 The Singapore Story is the first volume of the memoirs of Lee Kuan Yew, the man who planted the island state of Singapore firmly on the map of the world. It was first published in 1999.

In intimate detail, Lee recounts the battles against colonialists, communists and communalists that led to Singapore’s independence. With consummate political skill, he countered adversaries, sometimes enlisting their help, at others opposing them, in the single-minded pursuit of Singapore’s interests. We read how he led striking unionists against the colonial government, how over tea and golf he fostered ties with key players in Britain and Malaya, of secret midnight meetings in badly lit rooms, drinking warm Anchor beer with a communist underground leader, of his purposeful forging of an alliance with communists to gain the support of the Chinese-educated masses. Readers will find inspiration in his tenacity as he fought for the people’s hearts and minds against first the communists and later the communalists – in parliament, on the streets and through the media.

Drawing on unpublished Cabinet papers, archives in Singapore, Britain, Australia, New Zealand and the United States, as well as personal correspondence, he gives us a vivid picture of how others viewed him: determined (“Lee will bluff, bully and blackmail up to the eleventh hour”), motivated (“Choo knew I sweated blood to master Hokkien”), ambitious (“He would think himself as legitimate as I was to be the leader of Malaya”), dangerous (“Crush Lee! Put him inside”). It is a sometimes controversial yet strangely consistent portrait of this Asian statesman.

These experiences and his dealings with the political leaders were to shape his views and policies, which have had a major impact on Singapore and the region.

Lee Kuan Yew was born in Singapore on 16 September 1923. He read law at Cambridge University, England. In 1954, he formed the People’s Action Party. Five years later, the PAP won the Singapore general election and he became Prime Minister at age 35. He stepped down in November 1990 and assumed the post of Senior Minister until 2004. He was Minister Mentor till his retirement in May 2011.

More than a decade ago Lee Kuan Yew’s two-volume autobiography opened many eyes and minds to the astounding Singapore success story. The new digital editions should expand the audience and deepen the understanding even more.

C. A. Westphal
5.0 out of 5 stars How This Turned Out Affected My Life
15 September 2014 - Published on Amazon.com
Format: Kindle EditionVerified Purchase
I was born in Johor, the closest Malaysian state to Singapore. We had relatives & friends on both sides of the Causeway; other than the inconvenience of using passports, we grew up without feeling much difference in citizenships. I attended Primary school in Johor and Secondary school in Singapore before going to the US for higher education.

By the time I returned in the mid 1980s, the difference in governing styles & policies were much more evident & the repercussions, palpable. The "connection" between the southern Malaysia & Singapore became more inconvenient & less close, the attitudes of the Singaporeans felt more elitist, regardless of race. I worked both in Singapore and the Malaysian capital; the latter was where I personally felt the racial prejudice against professional advancement.

Reading this book clarified numerous age-old questions of "How come ...?" I wish my father was alive to read this book and discuss his experiences with me now. He too witnessed many Japanese war atrocities, and it particularly horrified him because he was of Japanese descent. Before the Singaporean independence, they did not think it would be a significant consequence where they lived, other than that he had a stable job and home in Johor. It was much later, seeing how the governmental policies limited the life & growth of the Chinese in Malaysia, that I felt he had better foresight to choose his citizenship.

This is a book I will re-read in the future. It does stimulate much thought of how leaders of countries have their individual biases, value systems and perceptions of what is real & imagined. And how their "leadership" affects the millions of lives and generations to come.

Duminda Rathnayaka
5.0 out of 5 stars Absolutely fantastic
20 January 2018 - Published on Amazon.com
Format: Kindle EditionVerified Purchase
This book sheds so much light on so many things that we barely notice. Apart from the fact that Lee Kuan Yew was a great politician who made Singapore into a prosperous country, it seems to me he was a great mind first and foremost.

At the beginning of the book there’s this anecdote about why LKY chooses Choo, who is couple of years older than him to be his wife. He explains it to her along these lines: “I don’t want to look after someone. I want someone who can look after herself”. This was when he was as in early 20s. He goes against tradition (or her parents) in marrying her in secret, but has the good sense to keep it secret for years when they again get married. Sort of sums up this whole book. Doing things by the book, yet against it. And achieving something beautiful.

Roxie
5.0 out of 5 stars Singapore Story by Lee Kuan Yew.
12 April 2015 - Published on Amazon.com
Format: Kindle EditionVerified Purchase
This man was always a person to be admired and I enjoyed his book very much. It is written with attention to detail, affection for his multi cultural nation and humour. I watched Singapore grow under his influence for over sixty years and admired his efforts to make it into the successful City it has become. This book has given me the chance to understand the man himself as he developed into the leader who will always be remembered. Mr, Lee died soon after I bought his book. I think his vision for Singapore was successful and was born at a time it was most needed.
Read more
3 people found this helpful

Siva Pragathesewaran
5.0 out of 5 stars A brief history of modern Singapore
11 November 2019 - Published on Amazon.com
Verified Purchase
Every word from LKY is briiliant. A liberal mind that led this tiny island nation to great heights. If he was in India, he would have been called a Mahatma. No other leader comes close to LKY's way of thinking and managing. Even at his old age, his intellect was sharp There are a lot more stories that could not be told in this book. A good read....
Read more
Go to Amazon.com to see all 82 reviews 4.6 out of 5 stars
Get FREE delivery with Amazon Prime
Prime members enjoy FREE Delivery and exclusive access to movies, TV shows, music, Kindle e-books, Twitch Prime, and more.
> Get Started
Back to top
Get to Know Us
Make Money with Us
Let Us Help You
And don't forget:
© 1996-2020, Amazon.com, Inc. or its affiliates