Since You're Leaving Anyway, Take Out the Trash and over 1.5 million other books are available for Amazon Kindle . Learn more
Share <Embed> 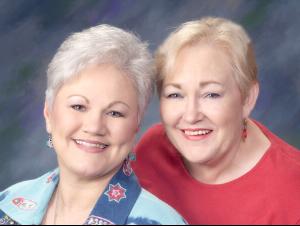 Since You're Leaving Anyway, Take Out The Trash: 1 Mass Market Paperback – 17 December 2004

Page 1 of 1 Start overPage 1 of 1
This shopping feature will continue to load items when the Enter key is pressed. In order to navigate out of this carousel please use your heading shortcut key to navigate to the next or previous heading.
Back
Next
Start reading Since You're Leaving Anyway, Take Out the Trash on your Kindle in under a minute.

Dixie Cash is the pseudonym of a pair of rootin’-tootin’ Texan sisters who live in and around Arlington. This is their third novel together, and they’re still talking to--and laughing with-- each other!

4.4 out of 5 stars
4.4 out of 5
143 global ratings
How are ratings calculated?
To calculate the overall star rating and percentage breakdown by star, we don’t use a simple average. Instead, our system considers things like how recent a review is and if the reviewer bought the item on Amazon. It also analyses reviews to verify trustworthiness.

Skatersally
5.0 out of 5 stars Romantic crime or criminal romance
Reviewed in Germany on 21 November 2006
Verified Purchase
Salt Lick is a pretty silent place in West Texas. The situation changed when the wife of one of the richest citizen has been found murdered in her car. Firstly, it seemed to be a suicide. But would a woman really kill herself right after tattooing her lips? Debbie Sue Overstreet, the owner of a beauty-parlour, noticed that hint at once. She was separated from her husband Buddy three years ago. As he was the sheriff she had contact with him more often when Pearl Ann’s husband offered a reward. Debbie was very keen to get this extra money to pay her debts. Her parlour was the best place to investigate the murder. While doing their hair and nails she heart a lot of gossip.

Furthermore, Buddy was very attractive and Debbie often thought their separation was a mis-take. But meanwhile another woman stepped in Buddy’s life. So there is an opponent to be pushed away.

This story contains only two main questions. Firstly, can Debbie get Buddy back? And second, will she earn the 50,000 dollar reward? To get the answers you can read a funny story about ex-wives, cheating, drag queens and private investigations. This debut catches the reader by tension and there is always something going on. The main characters are described in a likeable way and very lively. Even the title has nearly nothing to do with the rest of the story, because Debbie does not want Buddy to leave her, it appeals to the novel. It call it a modern story of an independent woman.

Dixie Cash are the sisters Pamela Cumbie and Jeffery McClanahan. They have grown up in West Texas so the description of the people is very authentic. I really am waiting for the next novel of Salt Lick.

daxie1968
1.0 out of 5 stars Clearly romance focused
Reviewed in Germany on 25 April 2010
Verified Purchase
Debbie and Buddy, the main protagonists got divorced a few years ago. Debbie opened a beauty salon, Buddy is the local sheriff in the small Texas town they both live. When a murder takes place, Debbie tries to solve it, as the reward would help with her financial problems and Buddy has to solve it, because it is his job.
The murder itself doesn't really play a role, as the whole book is simply a stage for the question: Will Buddy and Debbie get together again?I got very quickly tired with the other main topic in this book : Sex. Everybody, no matter what age, seems to be only focused on this. The language is simple and often vulgar. And at one point I started rolling my eyes hearing again what happens to Buddy's groins when he thinks of Debbie...The authors tried to combine romance with crime, but clearly weighed the romance part stronger. Apart from that, the books lacks any kind of really funny humor and if it appears it is focused on? Exactly...
Read more
One person found this helpful
Report abuse

Kindle Customer
5.0 out of 5 stars It's about time! A hilarious book with a great plot, answers to how some Texans act like, (notice I didn't say all Texans), and a great love story without porn!
Reviewed in the United States on 23 October 2018
Verified Purchase
This is a great book. My husband hated it because I didn't put it down for 3 days! Dixie wore believable characters from a small town in Texas. Who cares how little the town is, all the characters left you wanting to know more about them. Dixie just scratched the surface of Maudean's story. The possibilities are endless! C.J. is a great character and her adventures leave you with "Huh?, I can't believe she did that." I could read about Edwina all day. But what made the book soar was the chemistry of between Debbie Sue and Edwina . Great job. It was worth my husband getting mad at me!
Read more
One person found this helpful
Report abuse

Ms. Myles
4.0 out of 5 stars Heavy on Romance, Light on Mystery
Reviewed in the United States on 9 March 2019
Verified Purchase
3.5 Stars.
This book falls more into the romance and chick lit genre than a cozy mystery. The mystery part does keep you guessing, but the romantic angst totally overshadows it. I liked Debbie Sue and Edwina. The majority of the book was about the girls' backstory and their relationships with the men in their lives. I understand why so much time was spent on this aspect because this is the first book in the series. But, at about the halfway point, no progress had been made in the mystery and I was bored. I will probably continue to read this series, but not anytime soon.
Read more
Report abuse

Bookzilla
5.0 out of 5 stars Rollicking romance
Reviewed in the United States on 15 March 2016
Verified Purchase
Rollicking romance. Easy to follow storyline with believable characters. The dialogue is humorous, emotional and snarky.

Character flaws:
“Don’t forget, I knew his daddy. I would hate to see my only little girl involved with a Matthews.”
"Mom, he’s filthy rich. Can’t you overlook a few character flaws?”

I may re-read this story and look forward to other works by this author.
Read more
3 people found this helpful
Report abuse
See all reviews
Get FREE delivery with Amazon Prime
Prime members enjoy FREE Delivery and exclusive access to movies, TV shows, music, Kindle e-books, Twitch Prime, and more.
> Get Started
Back to top
Get to Know Us
Make Money with Us
Let Us Help You
And don't forget:
© 1996-2020, Amazon.com, Inc. or its affiliates