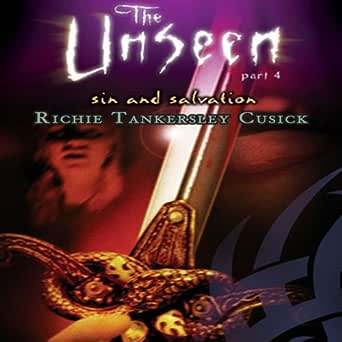 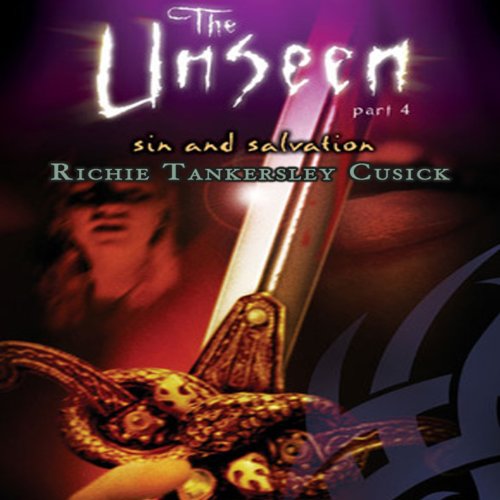 Sin and Salvation: The Unseen, Part 4

Shannon M.
4.0 out of 5 stars Outdoes Twilight
Reviewed in the United States on 20 January 2013
Verified Purchase
This entire series was a fast, easy read. I finished a book a day and read the entire thing in four days. And I was pleasantly surprised. It was much better than I expected, spooky, eerie, very sad in spots, and (although I'll probably get some negative comments for this) in my opinion, it was superior to Twilight.
I'd put off reading any of Ms. Cusick's books because I thought they'd be nothing but teenage fluff, like the above-mentioned Twilight, but it was actually quite a bit darker, and I was glad.
It took me a while, however, to warm up to it. In the first book, I found the plot cliche: girl loses her family and must go to live with distant relatives she barely knows, and spooky things ensue...I've read it a hundred times.
I also didn't care for Lucy at first. She seemed a little bit spineless, prone to breaking down into hysterics at the drop of a hat and constantly whining that nobody understands her. (Who in this world feels understood?)
But by the third and fourth book, Lucy was finding her strength and her courage, and I was happy to see it. I also loved the character of Dakota Montana,who dresses like a thrift store waif and in her own words, (believes in everything supernatural). She's the best friend who's there when needed and forgives in a heartbeat. Who does need more friends like that?
I found Father Matt a little too good to be true, so I was suspicious of him right off the bat. I thought Byron would have been a great character if he'd been in the story longer.
Finally, I loved that the Unseen didn't try to pass for human and go to high school. He knew he was evil, and he enjoyed it. He was dark and menacing, and I loved him. Let's hear it for self-respecting vampires!

booknerd11
5.0 out of 5 stars THE END
Reviewed in the United States on 29 July 2010
Verified Purchase
WOW! This is truly the only word that I can come up with at the moment to describe what I'm feeling. I just now finished this book and I am overwhelmed with emotions. This was the last book to the Unseen series and all I have to say is that this series was amazing. I was hardly ever bored from reading these and I always seemed to be on my toes. The first two books were a little slow, but by number three and four, I was taken on a suspense roller coaster. The fourth book was my favorite out of them all because it was constantly climactic, and was building suspense the entire way through. I was astonished at one point in the book when the story line took a drastic turn. I'd hate to spoil this for anyone, so let me just say that if you enjoy horror, suspense, and a great mystery, you absolutely have to read this series. Overall the whole series gets 5 stars from me. Loved it~! (:
Read more
Report abuse

Cheryl
5.0 out of 5 stars This series will keep you guessing!
Reviewed in the United States on 16 June 2007
Verified Purchase
I loved how the series didn't reveal the secrets until the end of the 4th book. I conclude that the wolf beasts were not all bad. There was a good and bad side as is true with most things. I do believe that the bad side was destroyed in the end, and the good side had won the battle. I was a little confused by the shape shifter comment, but I still believe he was the "good guy". I would love for a 5th book to be published to describe her transformation as well as her new life. I definitely recommend these books for anyone who's a Cusick fan!
Read more
Report abuse

jmvsilver
5.0 out of 5 stars Very good
Reviewed in the United States on 7 January 2014
Verified Purchase
This was a Christmas present for my grand daughter she was very happy with it as she had already read the prior books in the set
Read more
Report abuse
See all reviews
Get FREE delivery with Amazon Prime
Prime members enjoy FREE Delivery and exclusive access to movies, TV shows, music, Kindle e-books, Twitch Prime, and more.
> Get Started
Back to top
Get to Know Us
Make Money with Us
Let Us Help You
And don't forget:
© 1996-2020, Amazon.com, Inc. or its affiliates