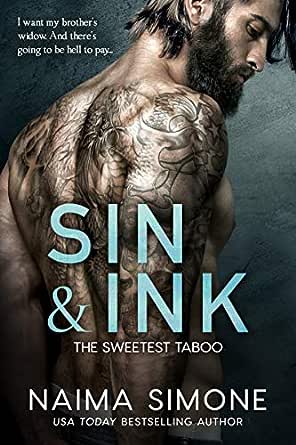 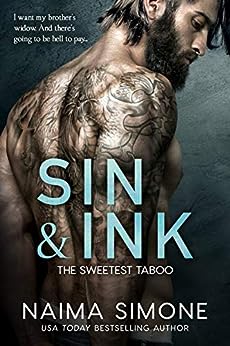 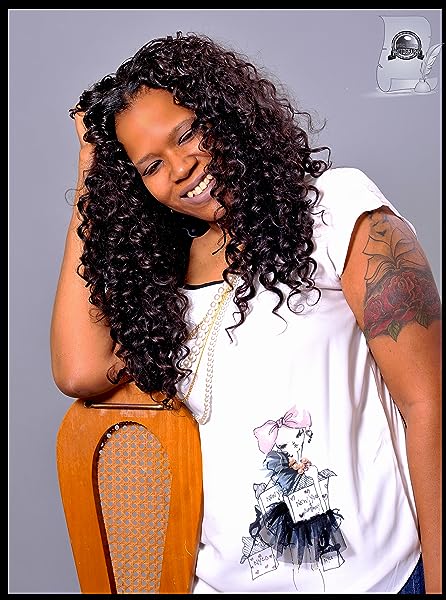 Being in lust with my dead brother's wife pretty much guarantees that one day I'll be the devil's bitch. But Eden Gordon works with me, so it's getting harder and harder to stay away. I promised my family—and him—I would, though.

My days as an MMA champion are behind me. But whenever I see her, with those wicked curves and soft mouth created for dirty deeds, it's a knock-down fight to just maintain my distance. "Hard Knox" becomes more than just the name of my tattoo shop. However, surrendering to the forbidden might be worth losing everything...

USA Today Bestselling author Naima Simone's love of romance was first stirred by Johanna Lindsey, Sandra Brown and Linda Howard many years ago. Well not that many. She is only eighteen...ish. Though her first attempt at a romance novel starring Ralph Tresvant from New Edition never saw the light of day, her love of romance, reading and writing has endured. Published since 2009, she spends her days--and nights-- writing sizzling romances with a touch of humor and snark.

She is wife to Superman, or his non-Kryptonian, less bullet proof equivalent, and mother to the most awesome kids ever. They all live in perfect, sometimes domestically-challenged bliss in the southern United States.

Tina Louise
TOP 500 REVIEWER
4.0 out of 5 stars 4.5 stars
15 October 2018
Format: Kindle Edition
They say you shouldn't judge a book by its cover, but this cover spoke to me. I was eager to read the story contained, even though angsty novels are generally not my thing. Sin and Ink is definitely an angst-filled, emotional tale with the slightest forbidden twist. I enjoyed reading the book as much as I enjoyed staring at its cover.

The premise of Knox and Eden's story is clear from the beginning; Eden is the young widower of Knox's younger brother. Knox, a tattoo artist and former MMA fighter, wants Eden and thinks his inappropriate attraction is one sided. Eden however, is equally fascinated with Knox. Both have a hard time with feelings of guilt, betrayal and frustration.

I liked how the author developed the characters in Sin and Ink. Eden especially gains maturity over the course of the novel. She has been through a lot in her young life, and I enjoyed watching her gain an understanding of self by the end of the book. I love that Eden or Knox never downplayed Eden's love for her first husband, Knox's brother, Conner. However, their romance did not feel like it was less, or Knox was second best at any time. I was always hopeful for a HEA for this pair, knowing if they did find a way to be together it would not be tainted by the past.

I was, at times, waiting for the pace of the story to move a little more quickly. The story demands time to develop all of the emotions, but I would have liked certain revelations to come a bit sooner, to allow the ending to be less rushed.

I look forward to future books in this series, as there are a few side characters that need their own story!

Heather Nobbs
5.0 out of 5 stars Sexy taboo
16 October 2018 - Published on Amazon.com
Format: Kindle EditionVerified Purchase
What a fabulous book! Knox was a dirty dirty bird and I freaking loved it! This book was about a forbidden love- Knox had fallen for his younger brother’s widow. In the two years since her husband had died, Eden had been living in a fog. The fog started to lift one day when she caught sight of Knox in a compromising position and she found herself getting turned on by it. That was also the start of her seeing Knox in a different light. Knox had basically been in love with Eden from the moment he saw her but since she was with his brother he had to hide his feelings and treat her like a “sister” even though that was extremely hard for him. Knox was everything that Eden needed now and I was so happy when they got together. The couple of times they fooled around were so hot and I am surprised my kindle didn’t start to smoke. And when they finally did get together- OMG so hot! I loved how at the end Eden stuck up for Knox in front of his family when his mother was showing her feelings about Knox being with Eden. And how Knox’s brothers accepted their relationship and also stood up for her and Knox. I loved this book and can’t wait for more in the series.
Read more
7 people found this helpful

Iza
4.0 out of 5 stars A good one!
17 October 2018 - Published on Amazon.com
Format: Kindle EditionVerified Purchase
This is my third Naima Simone book and I'm starting to think there's no way this author could ever let me down.

While this was more fast-paced than the others I've read, it did not lack the necessary feels I look for in my books and the level of hotness the others have achieved.

Because let me tell you, Ms. Simone can write 'em hot!

It probably has a lot to do with her male characters, especially her heroes. They're intense and swoon-worthy and can't-help-but-fan-yourself hot.

I took a break from reading YA fantasy and I don't regret it one bit. It was just what I needed.

A bit taboo, a few feels, a few scorching sexual-tension-filled scenes. Knox has always been in love with his sister-in-law. He saw her first but because he's one amazing guy, he didn't do anything about it when his younger brother met her. He let them fall in love, let them get married and be happy. Even though he was going through hell.

But tragedy strikes and Eden becomes a widow. But Knox steps up and she becomes the manager of his tattoo shop. Things happen. Both good and bad.

I'm not saying any more because I don't want to spoil it for anyone. I'll just leave it at: read it.

It's worth it. I'm really hoping Ms. Simone will give us stories with the side characters and other Gordon brothers because I loved them. Plus, I would love to see how Eden & Knox's relationship evolves, because not all is tied up in a pretty pink bow. Because it's realistic, more than a story.

I voluntarily agreed to read an early copy of this book and my rating is 4.5 stars.
Read more
6 people found this helpful

Leah
4.0 out of 5 stars A very sexy romance that handles grief in beautiful ways
7 February 2019 - Published on Amazon.com
Format: Kindle EditionVerified Purchase
When I got this book, literally all I knew about it was the title, author, and the cover. I was immediately drawn in by said cover and requested it based on that alone, to be quite honest. There was no blurb, so other than what I could gather from the title and tagline, I wasn’t entirely sure what to expect. But happily, this book was a wonderful angsty, sexy read with lovely bits of sweetness tossed in!

All of the characters were super great! I really enjoyed Knox, who is a born protector and has been eaten alive by guilt the past two years after failing to prevent his brother’s death. Alongside the guilt he feels for desiring his brother’s widow. He was a great, albeit difficult, character to read at times because the guilt about these two things saturate practically his every thought. And, in some ways, I was able to relate to him, as regards his family. It’s so hard loving and wanting to protect them, while knowing you’re often helpless to do so. And trying to master your emotions when they’ve hurt you in ways only your loved ones can is a struggle, one that I empathize with. But I loved seeing his relationship with his other brothers and how close they still are, how they love and support each other.

Also, Eden was a wonderful character and I loved watching her grow and become the woman she was meant to be. Throughout the novel, we get to watch her through mourning Connor and realizing she needs to move on but not forget, through becoming more independent and discovering different facets of herself that were buried, through loving Knox and making it known that he is her choice and no one is going to take him away from her. While she’s a great character at the start, I loved her so much by the end. Because by the end, she’s not afraid to say exactly what she needs, to stand up for herself and Knox both, and to embrace the love and life she could have with Knox, despite their strange circumstances.

Additionally, Knox’s brothers and the other characters in the shop were so fun to read! The camaraderie between all of them was really enjoyable to me personally, as I love a good found family story!

As far as the plot goes, I did enjoy it over all. The angst over their wants, needs, and desires, how things would play out if people found out, and of course, Knox’s guilt over both Connor and Eden was beautifully done. You could feel the struggle they tried to fight their way through. And I also enjoyed how the plot played into the character development of both the main characters. My main complaint, though, would be that the story was extremely repetitive at times. The first two chapters are basically the same things repeated, just one from Knox’s point of view and one from Eden’s. It was a bit of a struggle to slog through that when I already had the information, but once I powered through, I was able to really appreciate the story, even though similar repetition happened at different points throughout.

All in all, though, this book was really great and I’m excited to see more from this series!
Read more
One person found this helpful
Go to Amazon.com to see all 134 reviews 4.4 out of 5 stars
Get FREE delivery with Amazon Prime
Prime members enjoy FREE Delivery and exclusive access to movies, TV shows, music, Kindle e-books, Twitch Prime, and more.
> Get Started
Back to top
Get to Know Us
Make Money with Us
Let Us Help You
And don't forget:
© 1996-2020, Amazon.com, Inc. or its affiliates