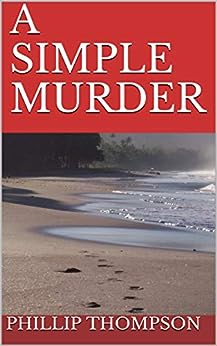 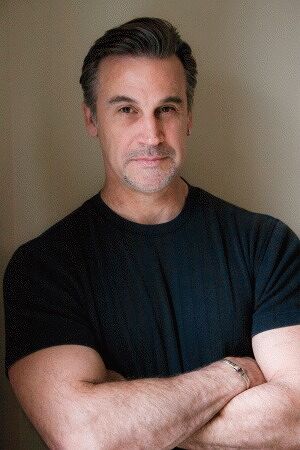 Best-selling author Phillip Thompson, a native of rural East Mississippi, received a bachelor's degree in journalism from Ole Miss. A Marine Corps combat veteran, he has worked as a reporter and editor at newspapers in Mississippi and Virginia. He has also worked as a defense analyst, media spokesman, consultant, speechwriter, and Senate aide.

Thompson is the author of five novels: "Old Anger," the Amazon Best Seller "Outside the Law," Deep Blood," "A Simple Murder," and "Enemy Within." His short fiction has appeared in O-Dark-Thirty; The Dead Mule School of Southern Literature; Out of the Gutter Online; Thrills, Kills 'N' Chaos; Near to the Knuckle; Yellow Mama; and The Shamus Sampler II. He attended the Bread Loaf Writer's Conference as a fiction writer.

He lives in Virginia. Find him on Twitter at @olemissgrad38 and online at phillipthompsonbooks.com

4.0 out of 5 stars
4 out of 5
64 global ratings
How are ratings calculated?
To calculate the overall star rating and percentage breakdown by star, we don’t use a simple average. Instead, our system considers things like how recent a review is and if the reviewer bought the item on Amazon. It also analyses reviews to verify trustworthiness.

Kindle Customer
3.0 out of 5 stars Hawaiian eye
Reviewed in the United Kingdom on 24 September 2019
Verified Purchase
I like Phillip Thompson's style. This one based in Hawaii involves Wade Stuart working as a journalist investigating the murder of a local man on a marine base. It focuses quite a bit on the antagonism that exists between local groups and the U S over what they consider to be their unlawful presence in their country. It loses a star because of the unnecessary overuse of place names throughout the narrative which I found irritating. Other than that a good read
Read more
Report abuse

culture gap
3.0 out of 5 stars a good read
Reviewed in France on 9 August 2013
Verified Purchase
I found the book interesting with plenty of action, which such books are supposed to have. Also, it opened my eyes about the occupation of Hawai by the US. Not a pretty picture, when you listen to all the posturing about international terrorism. What else can one describe the ousting of a well established monarchy, by sending in marines on a whim?

A good read and quite well written. Possibly a bit too much of the writre's pat subject: surfing!
Read more
Report abuse

Bookzilla
5.0 out of 5 stars Compelling
Reviewed in the United States on 14 April 2018
Verified Purchase
Compelling

This stand-alone is not as easy to follow as other works due to formatting issues. No graphic violence or drag-you-down drama.

Intriguing, well researched storyline. Descriptive writing that draws the reader into each character and their beliefs. Realistic procedures, actions and reactions. The characters are conceivable with distinct personalities. Thought-provoking and memorable dialogue.

'He had no interest in the civilian job market, which he thought of a rat race where everyone guarded their salaries like a maiden’s virginity while they stabbed co-workers in the back and pouted like children over their status in The Company.'

'The sea was more than a cruel mistress --it was more like a very nasty ex-wife. If you failed to placate and respect her, she would hurt you. Or kill you.'

Every agent knew that, and it put a tremendous amount of pressure on anyone who ever had to go through a door. Nobody wanted to be the one who backed out of going first. That was a sign of weakness, and it was unprofessional. You never asked your partner to do something you were not willing to do yourself. Not to mention the fact that if you decided to convince your partner to go first, you’re a real chickensh@@ if he took one in the chest. But then again, who the hel@ wants to go first and get shot?

"Molly,” he said slowly, “when I was in the Marine Corps, I was trained to kill terrorists. Not deal with them. Not reason with them or negotiate with them. Not even treat them like human f'n beings. Just kill them. Remove them. Eliminate them. That’s the only way to stop them.”

I will re-read this story and look forward to other works by this author. To paraphrase another reviewer. "The man can write!"
Read more
Report abuse

Jay Lamborn
5.0 out of 5 stars Not a simple murder mystery
Reviewed in the United States on 10 October 2012
Verified Purchase
"A Simple Murder" is more than a murder mystery. It's a redemption story. Thompson's Wade Stuart tries to exorcise some demons, possibly some of Thompson's own, after the events of "Enemy Within," by heading for Hawaii. Things don't go as planned, though. The novel takes a series of exciting, and even surprising, turns as Thompson shows his characters to be anything but stereotypes. They are three-dimensional characters who grow and change throughout the story. I found I could relate with many of the Marines in the story, having spent 12 years in the Marine Corps myself. Thompson, already a strong writer, has matured in the years since writing "Enemy Within," and this long-awaited sequel leaves me anxiously awaiting the next installment.
Read more
Report abuse

Amazon Customer
5.0 out of 5 stars Entertaining with some thoughtful insights
Reviewed in the United States on 14 April 2018
Verified Purchase
This book and Enemy Within show how personal interactions negate racial and ethnic divides. It is possible and common for trust and respect to exist at a personal level even though deep resentments prevail at the group level. Thompson doesn't beat you over the head with this theme but it is constantly in the background.
Read more
Report abuse
See all reviews
Back to top
Get to Know Us
Make Money with Us
Let Us Help You
And don't forget:
© 1996-2021, Amazon.com, Inc. or its affiliates