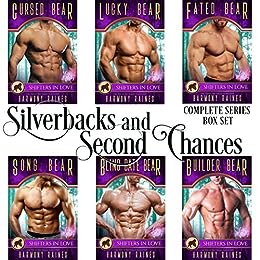 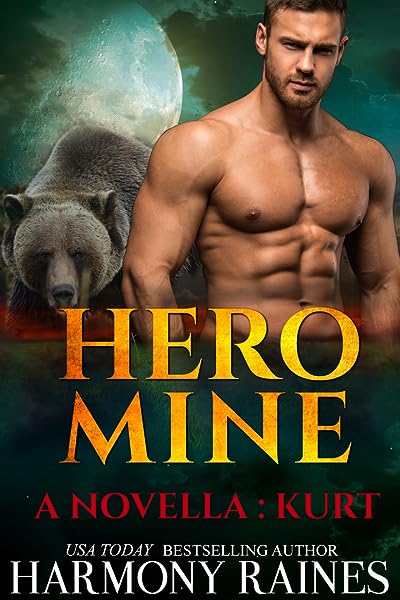 by Harmony Raines (Author) Format: Kindle Edition
See all formats and editions
Sorry, there was a problem loading this page. Try again.
Cursed Bear
Twenty-five years ago, Cath’s husband walked out of her life, leaving her to raise two sons alone. She threw herself into raising her boys and showered them with love.
Her sense of betrayal ran deep. After all, Hector had told her they were true mates, fated to be together forever. Now, another man is telling her the same thing.
Can she believe in fate again? Can she risk opening her heart once more?
She’s here. Catherine. His Catherine, the woman who Julius recognized as his mate on the exact same day she married another man.

Lucky Bear
Ruth is new in town. After spending years raising her siblings, she is now fulfilling her own ambitions. Training to be a teacher was the best thing she ever did, right alongside moving to Bear Creek. Sure, she’d like a man to share her life with, but if that doesn’t pan out, she is content to be alone.
Michael lives a simple life. He might be a lottery winner, which earned him the name, lucky bear, but he knows money doesn’t buy you happiness. It does, however, buy you a large parcel of forest to call home.
If only he had a mate to share it with, he’d be the happiest bear alive.
Or cubs.
And two cubs just walked into his life. Fostered by his best friend, Dean, Jason and Jenny are in need of a permanent home. Could he take them in and give them the life, and love, they deserve?

Fated Bear
Frankie’s heart isn’t her own. Literally. So how is she supposed to know if the man she’s met is her fated mate, or that of her borrowed heart? Can she trust in fate?
Adam always though his fated true mate was dead. He’d built a life on the knowledge that he would be alone forever. Frankie turns all his plans upside down. Yet both of them have inner ghosts. Ghosts from the past that might destroy their future together.

Song Bear
Elise has known loss. Now she’s ready to love.
Moving to Bear Creek was a big decision for bear shifter, Elise. She left behind a life, a career, and a mountain of memories. However, the thought of watching Frankie’s children grow up, and the chance to open a new organ transplant coordination department at the hospital in Bear Bluff, persuaded Elise it was the right decision.
Then, on a morning run in the mountains, she hears a song. Not just any song. And not just any singer.
Elise lost her heart to Hank Rivera when she was fourteen. He was hers. And she was his. It didn’t matter that every other girl on the planet thought the exact same thing.
Then he disappeared. Until now.
Could it be that the Hank Rivera truly is hers?

Blind Date Bear
Tiana is resigned to her life as a single woman after her husband left her years ago. Who has time for a relationship when you have a child to raise and elderly parents to care for? Not to mention her ex-husband who lives in a trailer at the end of the garden.
Then she's set up on a blind date by her best friends and her world changes forever. Because her date is a bear shifter and she's his mate.
His mate for life and he doesn't intend to ever let her go.
When Mason agrees to go on a blind date, he never expects to meet his true mate. But here she is in front of him. Now all he has to do is convince Tiana she has room in her life, and her heart, for a bear shifter in love.
Builder Bear
After a disastrous first marriage to an abusive husband, Haley is just about getting by. She has built a new life for herself and her two wonderful daughters with the help of her amazingly supportive friends, Tiana and Sorcha.
Bear shifter, Buck, has worked construction his whole life. Building is what he does. And when he meets Haley and her daughters he wants to build a new life, and a new future, with them. If only Haley can let him in and see that he’s the one for her.

Harmony Raines loves to write romance filled with magic and love. Her men are usually not so alpha, but they know how to treat their fated mates.

If you love shifter romances, sign up to my newsletter and I'll let you know when I have a new release - http://www.harmonyraines.com/newsletter-sign-up/ I'll also send you an exclusive subscriber only book absolutely free. Just my way of saying thank you for giving my books a try.

Julie
4.0 out of 5 stars Silverback Second Chance Love
Reviewed in Australia on 23 February 2019
Verified Purchase
I really enjoyed all the stories in this box set. The characters were engaging and well written and developed. The setting for them was a familiar old friend and it was good to read about more families living there. I also enjoyed how the characters were interwoven throughout all the stories. I look forward to reading more by this author.
Read more
One person found this helpful
Helpful
Report abuse

Jamoz23
TOP 100 REVIEWER
5.0 out of 5 stars LOVE BOX SETS
Reviewed in Australia on 2 December 2018
Verified Purchase
I have read and reviewed each book as they came out but jumped to buy the box set as I love having books together in box sets for easy rereading.
I love this authors style of humour, the heart warming ethos of her stories and the totally likeable characters she brings to life in her books and the fact his set is all about older couples seals the deal for me.
Read separate reviews for more information about each book.
Read more
One person found this helpful
Helpful
Report abuse

Belly
5.0 out of 5 stars Great value boxed set
Reviewed in Australia on 1 July 2019
Verified Purchase
The entire six book series. This was fantastic value for money.
All six books are equally as good as each other, and some of them are real tear jerkers.
Read more
One person found this helpful
Helpful
Report abuse

Esther Munro
5.0 out of 5 stars Great Value Good Stories
Reviewed in Australia on 23 August 2020
Verified Purchase
Love all of Harmony's stories. I adore the shifters that she writes and often wish that I could meet them in real life. lol. These are older shifters who have a new chance at love and their fated mate and that makes this box set rather special. If you enjoy shifter romance stories, then you will enjoy this box set.
Read more
Helpful
Report abuse
See all reviews

Hilary Collins
5.0 out of 5 stars Brilliant
Reviewed in the United Kingdom on 11 January 2021
Verified Purchase
I have read a lot of Harmony Raines books but this one, Silverbacks and Second Chances is by far the best especially the story of Frankie and Adam. That story really tugged at the heart strings. I'd recommend this book to anyone.
Read more
One person found this helpful
Report abuse

Sue F
5.0 out of 5 stars Eciting Read
Reviewed in the United Kingdom on 3 April 2019
Verified Purchase
Loved these books … second chances all round and it was good that the stories all linked. If only real life was a good as the lives in Bear Creek and Bear Bluff, I'd move there tomorrow. Can we have more of the same please, let us know who the families are getting on
Read more
One person found this helpful
Report abuse

kriss Sharpe
5.0 out of 5 stars Emotional rollercoaster
Reviewed in the United Kingdom on 18 June 2020
Verified Purchase
Nice to read about older couples and second chances...the stories were lovely . but the story of Adam and Frankie had me blubbing.
Read more
One person found this helpful
Report abuse

Kindle Customer
5.0 out of 5 stars Loveaball bears
Reviewed in the United Kingdom on 20 May 2019
Verified Purchase
If you love stories of shape shifters then this set of stories is just what you need, from finding your mate to loving them a real love story. I would like to wish harmony rains good fortune in all you do
Read more
One person found this helpful
Report abuse

Anne Rathbone
4.0 out of 5 stars Second chances
Reviewed in the United Kingdom on 8 May 2019
Verified Purchase
Lovedrge books st begin but found them a bit too much the same towards the end
Good for light reading though.
Read more
2 people found this helpful
Report abuse
See all reviews
Back to top
Get to Know Us
Make Money with Us
Let Us Help You
And don't forget:
© 1996-2021, Amazon.com, Inc. or its affiliates