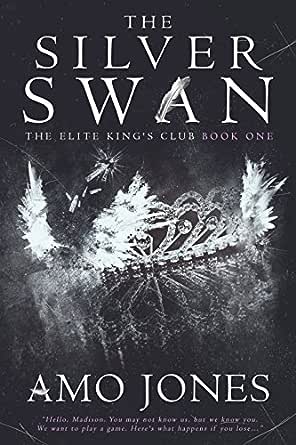 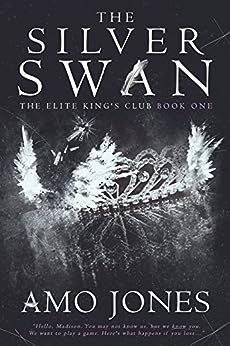 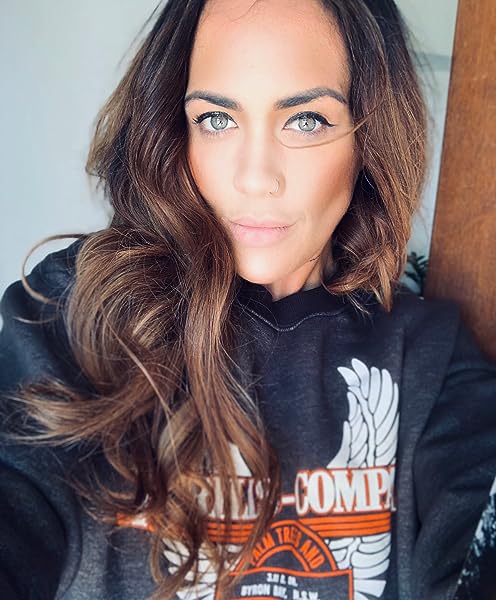 4.4 out of 5 stars
4.4 out of 5
520 global ratings
How are ratings calculated?
To calculate the overall star rating and percentage breakdown by star, we don’t use a simple average. Instead, our system considers things like how recent a review is and if the reviewer bought the item on Amazon. It also analyses reviews to verify trustworthiness.

Kindle Customer
5.0 out of 5 stars Silver Swan
Reviewed in Australia on 4 August 2019
Verified Purchase
The Silver Swan is one of those books that has stuck with me for days! Luckily I was able to download the rest of the series as soon as I had finished it but even now over a week later I still hear music or think of random things that make me think of this book and the characters that I have grown to love. Will most likely to a reread soon because I need more Madison and Bishop and Nate. Yes there were times I wanted to slap some sense into Madison but nobodys perfect.
Read more
Helpful
Comment Report abuse

This truly is a brilliant piece of writing. It lures you, the reader, in and takes for a wild ride!

Madison is a new student at a posh school for wealthy people. Nate is her new stepbrother. He and his friends make up the Elite Kings Club, at that age! Bishop is a brooding, dark character who knows things but won't reveal them.

The relationships in this story are intense with the friendship loyalty 100% within the club and between Madison and her two female friends.

The twists in the story weave in and out keeping readers on their toes! Various emotions run high leaving you at times either waiting with baited breathe or ready to strangle someone!

I can't wait for the next book!

Brooke Gould
5.0 out of 5 stars All hail Queen Amo
Reviewed in Australia on 25 April 2018
Verified Purchase
ahhh Amo Amo Amo, this woman can not write one bad word.!! I am in love with every single book that she has written and I know without a shadow of a doubt that I will love every single next book she writes too!!!
If you like dark and murdery men who love to fight fire with fire for their women than these books are definitely for you!!!
Read more
Helpful
Comment Report abuse

Purple in Oz
2.0 out of 5 stars Disappointing. Too much normalisation of abuse
Reviewed in Australia on 10 May 2018
Verified Purchase
I got this as a freebie and with so many good ratings I thought I might like it. Unfortunately it's just filled with so much unacceptable behaviour that I couldn't take much more. I only finished in hopes of finding out what happens at the end. Of course it became clear as I nearly finished that it wasn't the end. I will say that the writing is reasonably good in the sense that it was a quick read. I kind of want to know what happens at the end but won't spend the money or take the time to find out. I'm sure I will forget this soon enough. Disappointing.
Read more
Helpful
Comment Report abuse

Anita_booktoread.
TOP 500 REVIEWER
4.0 out of 5 stars Wow!
Reviewed in Australia on 23 December 2018
Verified Purchase
This was a little slow to start with and all the secrets were driving me nuts, I also couldn’t stand how she kept letting Bishop treat her like garbage and then be all over him the next. But then as everything started to unravel that’s where Amo hooked me.
Read more
Helpful
Comment Report abuse

Tanya
5.0 out of 5 stars Elite Kings♥️🖤
Reviewed in Australia on 8 March 2017
Verified Purchase
I want to get into Amo Jones head just for a day!! Argh loved it, originality, suspense, angst & hot sex " What else could you ask for". This book will have you biting your lip on the edge of your seat. Loved the characters & the storyline blew me away.......need the next elite kings like yesterday..... Our Dark Queen has done it again yay for Amo🖤👑
Read more
Helpful
Comment Report abuse

CaraMull
4.0 out of 5 stars Mixed feelings.
Reviewed in the United Kingdom on 17 June 2018
Verified Purchase
Was the book gripping? Yes. Was the storyline intriguing ? Yes. Did I love Kitty's character? Yes and no. So here is where I have a big problem with this book. When a girl is kidnapped, violence used against her and threatened with rape, when they release her would she go to a camping party with them? WOuld she act like look e nothing has happened and then have sex with one of them in a tent?? No she wouldn't. No sane girl would, she would run away as fast as she could and call the police, tell her dad and never go near those said boys again. This is where the book troubled me, yes it is a good story but what kind of girl would react like that. Then there's Bishop - sinfully hot, dark and mysteriously. The perfect male lead. Will I read the second book? Sure I will because the storyline has me gripped,however if there are anymore scenes where the boys use violence and threats against her and she lets them get away with it or have sex with one then that's where the book will end for me.
Read more
2 people found this helpful
Report abuse

Sambangbookclub
5.0 out of 5 stars GET IT NOW!
Reviewed in the United Kingdom on 7 March 2017
Verified Purchase
If I could give this book more stars then I would!!!
I've had to write and carefully rewrite this review so that it will be accepted! It's so hard to say what I want to say without screaming the f word!
This book is so good that I forgot to breathe on more than one occasion....I almost died and I dont even care!!
I expected big things from Amo but she blew my brains out with this book!!
Madeline is a strong female lead and takes no rubbish from anyone....except maybe them....the men that will haunt my dreams for the rest of my life! The most perfectly twisted group of men I've ever read about! The Elite Kings have gripped me in a chokehold and refuse to let go!! I can't wait for the next instalment of this 6 star read!
Read more
6 people found this helpful
Report abuse

Kindle Customer
5.0 out of 5 stars 🌟🌟🌟🌟🌟
Reviewed in the United Kingdom on 26 August 2020
Verified Purchase
Holy moly! What did I just read?

That. Was. Amazing! Absolute genius.

I honestly could not read this book fast enough.

I've heard so many brilliant things about Amo Jones's writing, but this was the first book I read. I can't believe I held off reading it for so long.

The twists, the deceit, the secrets, knew no limits.

Amo Jones writes with so much passion, I couldn't help but fall in love with each character. They all hold so many secrets that I really didn't know who all the good guys were and who the bad guys were. There were a lot of supporting characters, but each played a vital role and not once did I think there were too many. Sometimes when an author introduces a number of supporting characters, I find it hard to keep track; but not this time.

Some of the scenes in the book were pretty graphic, but it was important to understand how dark and depraved the world of the Elite Kings is.

Thankfully I don't have to wait for book two!
Read more
Report abuse

Stacey
3.0 out of 5 stars Crazy
Reviewed in the United Kingdom on 2 September 2018
Verified Purchase
I love the authors writing style and I do love the mystery. Kind of has you hooked in a very comical way because the book is absolute nonsense. My biggest problem is the contradictions and the main character. The repeated 'just be careful' when no-one was being careful. On the one hand you can say it's a book fantasy. And that is why I couldn't put the silly thing down but on the hand you are so confused by the stupidity of this girl it's just crossed the line to laughable. Would I recommend this book... yes, the suspense got me.
Read more
3 people found this helpful
Report abuse
See all reviews
Get FREE delivery with Amazon Prime
Prime members enjoy FREE Delivery and exclusive access to movies, TV shows, music, Kindle e-books, Twitch Prime, and more.
> Get Started
Back to top
Get to Know Us
Make Money with Us
Let Us Help You
And don't forget:
© 1996-2020, Amazon.com, Inc. or its affiliates