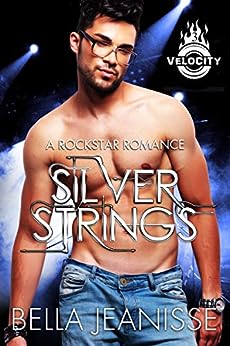 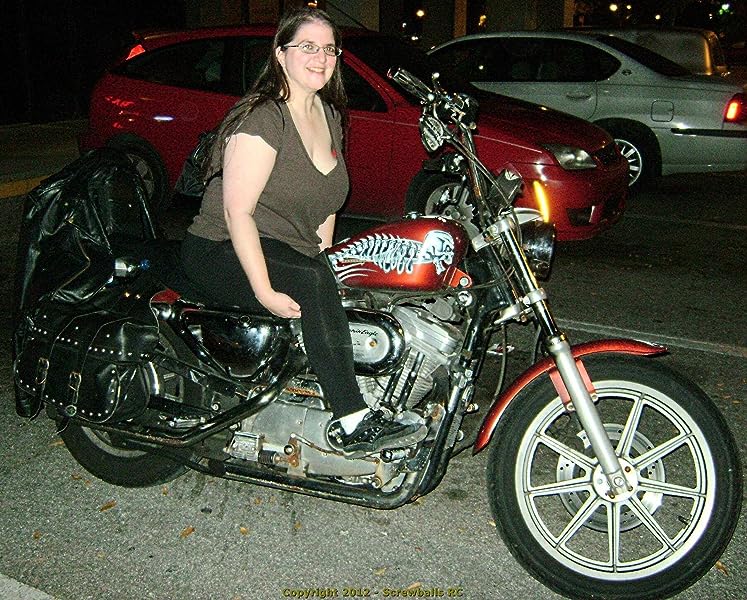 by Bella Jeanisse (Author) Format: Kindle Edition
See all formats and editions
Sorry, there was a problem loading this page. Try again.
Love is the last thing on Bryce Cooper’s mind because survival, sobriety and fatherhood are all that truly matter.

Velocity is going on tour for the first time since Bryce's trip to rehab. Clawing his way from the depths of hell is harder than the vocalist and rhythm guitarist expects. Between his bandmates’ paranoia, his ex-wife’s insults and temptation everywhere, he’s almost afraid to trust himself.

It seems like an impossible dream to lead a normal life. Every step forward is met with two steps back. However, he has to find a way. His children are counting on him.

Can Bryce stay on the straight and narrow with only his bandmates’ support? Will anything help him discover himself again? What will he do if his heart leads him down a path to disaster? All will be revealed in the third Rock Star Romance of the Velocity series.

Warning: For those 18 and over only. May not be suitable for all readers. Be prepared to laugh, cry, scream and squirm in your chair.
Read more
Previous page
Next page

Bella Jeanisse lives for rock music. Addicted to concerts, Avenged Sevenfold, fictional rockers, and blasting music in the car, she can’t get enough. After her father turned her on to Queen, there was no going back. Of course, it didn’t stop there. Playing guitar became a pastime, which didn’t turn into a career… until she started to pen her fantasies and publish them.

Originally from Brooklyn, New York City, she grew up with access to clubs like L’Amour and CBGBs, hung out in Greenwich Village, as well as had plenty of friends in bands. No wonder rockers stayed on her mind. Bringing her ideas to life was a long time coming.

She is now living near Tampa, FL with 3 kids and 2 grandkids, as a single mom. Her family supports her writing even when it seems to take up more time than they feel is necessary. Can’t stop the muse, ya know!

Note from the author: In case you haven't noticed, my original books have been taken down by my ex-publisher. I am re-releasing them as an indie writer this year! There are changes to each series. The most obvious one is that there are more books than there used to be. The Preface of Reckless will explain more. You can preview that book here at Amazon on release day to find out all you need to know. Thank you for your continued support!

Doris
TOP 500 REVIEWER
5.0 out of 5 stars FANTASTIC!!
Reviewed in Australia on 16 September 2018
Ms. Jeanisse has done it yet again! Bryce’s story is one of coming out of darkness and he is now determined to be a father that his children deserve. The lead singer had actually died one and came near death numerous times due to his drug addiction which cost him his wife and the custody of his children. After getting clean and now heading out on his first tour sober everyone was worried for him because of all the trappings of life on the road. Things were going good until one show that he had an accident at. The last thing his eyes focused on was an “angel”. Wendy was there to help Bryce immediately and stayed with him at the hospital as much as possible as well since she was one test away from becoming an RN. Because of Bryce’s ongoing condition she was offered a job on the road as the nurse for the tour. Watch as things sizzle between her and Bryce and it has you falling for Bryce & Wendy.

I commend this author for taking on the taboo subjects of addiction, suicide and mental illness. The darkness that follows many was the main storyline and was dealt with without pulling any punches. This was a fantastic story that I hope many will read and take this journey with Velocity’s lead singer.

Coralee Corriagn
5.0 out of 5 stars Love it
Reviewed in Canada on 15 September 2018
Verified Purchase
Wow beyond amazing read.loved it.
Read more
Report abuse

Amy Coury
5.0 out of 5 stars A Must Read
Reviewed in the United States on 14 September 2018
Verified Purchase
I absolutely loved Bryce's story. It has a lot of meaning and depth for those suffering with mental illness. This hit home for me. Bella Jeanisse did a fantastic job describing everything Bryce went through.
Read more
Report abuse

Lisa M Queen
5.0 out of 5 stars Moving Story
Reviewed in the United States on 11 November 2018
Verified Purchase
Bella is a Rock Goddess! Loved Bryce’s story and how he was able to rise above. Bella is a fantastic author.
Read more
Report abuse

Dorothy Linton
5.0 out of 5 stars Great Book
Reviewed in the United States on 8 March 2019
Verified Purchase
Just read it.
Read more
Report abuse
See all reviews
Back to top
Get to Know Us
Make Money with Us
Let Us Help You
And don't forget:
© 1996-2022, Amazon.com, Inc. or its affiliates