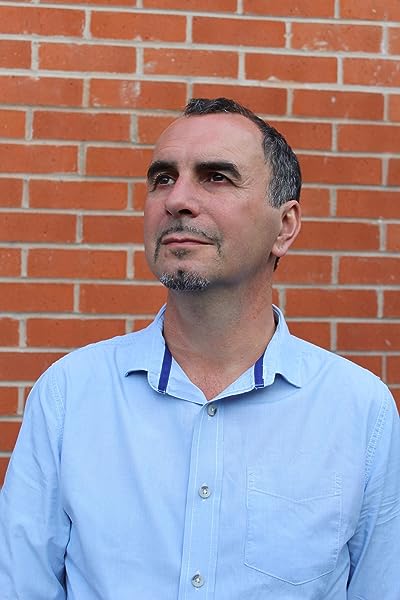 by Mark Chadbourn (Author)
4.1 out of 5 stars 39 ratings
See all formats and editions
Sorry, there was a problem loading this page. Try again.

"The scary nature of the Otherworld adds a nice edge to this well paced spy thriller that promises more jolly adventures in the Swords of Albion series as it pits humanity against the Faerie. This is a place where the things that go bump in the night are best left alone and the important issues of the day echo today's headlines making for an interesting alternative reality read."
- Monsters and Critics "The Silver Skull has such an array of complex characters, deeply involved in their interesting times and guarding so many painful memories and secrets, there's something here for anyone who wants more than a bunch of cardboard figures going through the motions while the body count keeps rising."
- Locus "Combining the best elements of a spy thriller, heroic fantasy and Elizabethan mystery, Chadbourn deftly mixes gruesome brutality, a shadowy world of plots and counter-plots and a vivid cast of characters. Seamlessly weaving historic figures and events into his fictional world, the author creates an alternate reality as tangible and authentic as the history we think we know. Not just a lightweight adventure novel, this book forces the reader to confront timely issues like the value of torture and the use of evil in the pursuit of good, bringing a level of verisimilitude so fantastic and yet believable, you keep asking yourself if it might be true. In a year of outstanding fantasies, The Silver Skull may just be one of the best so far."
- Monsters and Critics "Two-time British Fantasy Award winner Chadbourn (the Age of Misrule trilogy) offers a grim and decidedly current take on supernatural Elizabethan intrigues. Will Swyfte, 'England's greatest spy, ' is charged with stopping the faerie and their Spanish tools from acquiring the Skull, the Key and the Shield, magic items whose combination could devastate all of Britain. Scenes range from squalid London slums to King Philip's monumental El Escorial palace and the mighty confrontation with the Armada in the English Channel. Readers familiar with cold war spy novels will wryly note Swyfte's visits to Dr. John Dee for the latest in spy technology, à la James Bond and Q. Graphic presentations of tortures from the rack to waterboarding recall contemporary issues in national security, carefully contextualized with Swyfte's dilemmas of personal versus professional codes."
- Publishers Weekly "The new Swords of Albion series, set in an alternate Elizabethan England, gets off to a smashing start. The historical detail sets a believable backdrop, and the main character, a spy, could pass for a fantastical James Bond. Chadbourn sets a fast pace, pitting his characters against supernatural threats with a bit of horror thrown in."
- RT Book Reviews "He conjures up the horror of this harsh new world brilliantly, and the sheer brutality of his writing is often jaw-dropping."
- SFX

A two-time winner of the British Fantasy Award, Mark Chadbourn is the critically-acclaimed author of eleven novels and one non-fiction book. A former journalist, he is now a screenwriter for BBC television drama. His other jobs have included running an independent record company, managing rock bands, working on a production line, and as an engineer's 'mate'. He lives in a forest in the English Midlands. Visit Mark Chadbourn's Web site at www.markchadbourn.net.
Start reading The Sword of Albion on your Kindle in under a minute.

4.1 out of 5 stars
4.1 out of 5
39 global ratings
How are ratings calculated?
To calculate the overall star rating and percentage breakdown by star, we don’t use a simple average. Instead, our system considers things like how recent a review is and if the reviewer bought the item on Amazon. It also analyses reviews to verify trustworthiness.

Mr. A. I. Harrison
4.0 out of 5 stars Relentless, Rip Roaring Yarn
Reviewed in the United Kingdom on 17 December 2012
Verified Purchase
This an Elizabethan James Bond story really, to sum up before I have even started!

It's great fun and I enjoyed it a lot though it is not without its... well I won't call them faults, because that seems churlish in such an 'out there' fantasy. We are talking about fighting the faerie Court after all. But certain things did jar a little. For example, sometimes the 'others' seemed invincible; moving underwater, making people vanish into thin air, turning them into scarecrows or making them mad with a word. Yet our hero Will Swifte seemed able to best any number of them by simply laying about them with his trusty rapier at any time. It is also incredibly far fetched, but then so is Bond.

I also thought it was about 100 pages too long with the final confrontation coming a scene too late for my interest levels.... But!! it was action packed. Had some cracking side characters and cleverly used actual history as a huge wave on which to ride the surfboard of fantasy!! (It's time for my medication)

Spanish Galleons, giant hounds, magic masks, evil faeries and more sword fights than Errol Flynn and Douglas Fairbanks put together! It's breathless non stop fun all waiting for you between the pages of this book.

Andrea Mayze
5.0 out of 5 stars Ripping Yarn!
Reviewed in the United Kingdom on 18 October 2012
Verified Purchase
Ever seen the Errol Flynn films? Did you like them? Then this book is for you! It's proper chivalry, spies, intrigue and adventure set in the Elizabethan era. Throw in a couple of galleons, a bit of a sea adventure, some rather naughty faery types and Indiana Jones type action and you have this!
Granted if you're a fan of the Age of Misrule, yes, it's going to be different. But it's easily as good as that series and has the plus side of having that dark, gothic feel to it. It would have made a great comic and an excellent film. It's been a real change to read something different from the usual and thank you Mr Chadbourne for giving us a hero who doesn't fall over and cry when the wind blows his hair! Will Swyfte is not a crispy shell of a man with a warm and melting inside, he's believable and flawed and kind of ruthless...
My only complaint is that personally I prefer a bit more blood and guts with my torture and would have loved to know just what happened in that Faerie house with those interesting implements of doom! But then I guess you can't have it all. Having said that I'm not on book two and book three is going straight to my Kindle. It is impossible to get enough of this chandelier swinging, sword fighting, fire dodging tale.
Read more
One person found this helpful
Report abuse