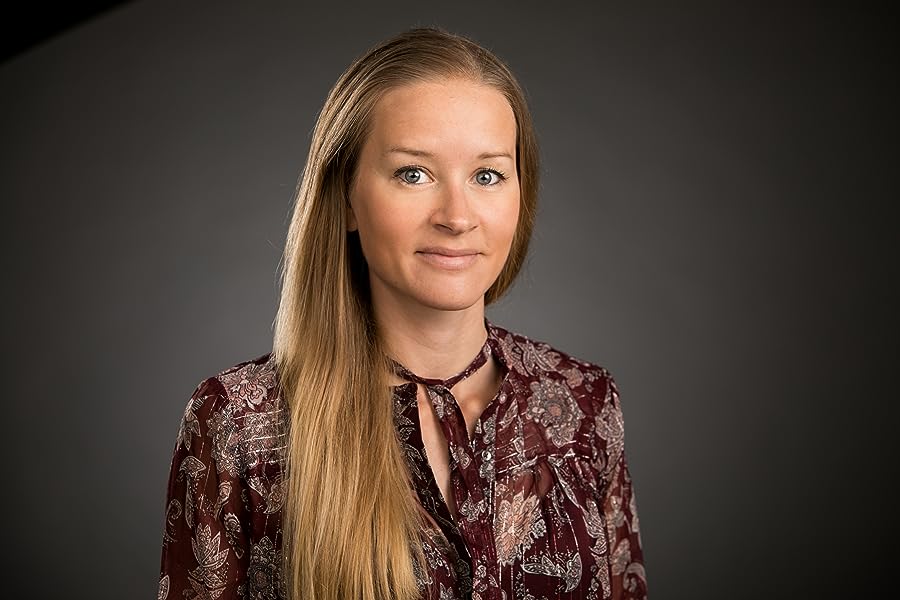 by Stina Jackson (Author), Susan Beard (Translator)
4.1 out of 5 stars 94 ratings
See all formats and editions
Sorry, there was a problem loading this page. Try again.

Page 1 of 1 Start overPage 1 of 1
Previous page
Next page
Start reading The Silver Road on your Kindle in under a minute.

4.1 out of 5 stars
4.1 out of 5
94 global ratings
How are ratings calculated?
To calculate the overall star rating and percentage breakdown by star, we don’t use a simple average. Instead, our system considers things like how recent a review is and if the reviewer bought the item on Amazon. It also analyses reviews to verify trustworthiness.

Paul
5.0 out of 5 stars Restores faith in a good story
Reviewed in the United Kingdom on 14 May 2019
Verified Purchase
Whilst there is a lovely sense of place and the characters are well developed it was the reassurance that here was a writer with something to say that actually drew me in. Finding a non-putdownable book is sometimes like panning for gold but well worth the effort when you find it, and this was worth the effort.
Read more
7 people found this helpful
Report abuse

J - loves books, reads books
3.0 out of 5 stars More about loss and grief than crime.
Reviewed in the United Kingdom on 18 September 2020
Verified Purchase
Lelle’s daughter, Lina, went missing three years ago after he had dropped her at a bus stop. She never got on the bus. She hasn’t been seen since. Lelle, perhaps naturally, had initially but briefly been a suspect. His marriage imploded, he started to drink heavily and he has never stopped looking for her since. During the summer months, in which the book is mainly set, he drives the Silver Road practically every night. In summer in this part of Sweden night is as day.

This is a story of endless sadness, and a grief and loss which has become obsessive and self destructive. The endless sadness being reflected in Lelle, the main character, driving up and down The Silver Road relentlessly, endlessly. Every night in the endless light of summer he would set off to check out yet another area beside the silver road.

At Arvidsjaur petrol station Lelle would take a short break for coffee with Kippen with whom over time he had become friendly.

There is also a thread about a woman being kept against her will. She has been imprisoned by a masked man.

Meanwhile, a woman – Silje, arrives in Glimmersträsk with her daughter, Meja, to start a new life with a man, Torbjörn Fors, she met online. Silje is an alcoholic and has mental health issues. Meja and her mother have moved around quite a bit. Meja who is 17 years old has often taken on caring responsibilities for Silje.

As she explores the area Meja meets Carl-Johan Brandt and his brothers. The Brandt’s are survivalists in Svartliden – Birger, the father, along with his wife Anita and their three sons Pär, Göran and Carl-Johan. Carl-Johan is very taken with Meja as is she with him.

The police are represented locally by Hassan who is friendly with Lelle, they go back a way, and tries to be understanding. It seems to Lelle though that they just want him to stop trying to find Lina but Lelle believes it’s the only way to keep up pressure on the police to keep investigating.

Another girl, Hanna, goes missing and Lelle tries to get the police to see a connection but they don’t appear to be interested.

Lelle, when he works, teaches in a school in Tallbacka. It’s the same school that Meja goes to. Also where Crow goes to school. Then Meja stops going to school and Lelle asks whether anyone at the school knows why. It seems she is off sick but Lelle is concerned after trying to see Meja at the Brandt’s place, where she is now living, with no luck. He tries to speak with the police but can only leave a message highlighting his worries and a request for information.

This can be a bit of a tough read. It’s also very slow paced through the first half to three quarters as it builds a picture of place, people and what has happened. As we move into the last part of the book with all these questions mulling about the story picks up on pace and we finally find everything out.

The who may not come as a complete surprise to the reader but this is not entirely about any crime that may have been committed it is as much about how close ones – of victim and perpetrator – are affected.

Although I read it as a crime fiction for the book club I attend it came across, to me, more about a story of grief and loss until at least three quarters of the way through. Whilst a crime, or crimes, had been committed we do not get any of the usual kind of investigation albeit that there may be one going on. What we have is Lelle’s agonised searching.

I have to say that meant I was not as taken with this book as I had hoped to be until that last part which did pick up with regard to the action. I also would have liked more about some of the peripheral characters such as Crow and that some of the characters, like Hassan, should have had a larger role. Indeed, for me, there needed to be much more from the police side. This may have been an issue around editing or possibly translation or maybe just simply the preference of the author and, obviously, I am looking at this from the point of view of a reader expecting to read a crime novel. I’m not sure how else the publishers would have classified it but, for me, it needed a different balance to get me more engaged.

There are some lovely passages with regard to setting and the description of how it feels to have a child taken not knowing what has happened is good. Given it’s awards this is a good story. I think it will be interesting to read the second book by this author.
Read more
One person found this helpful
Report abuse

Jessebaby
5.0 out of 5 stars Despairingly sad.
Reviewed in the United Kingdom on 3 June 2019
Verified Purchase
A beautifully written story of endless sadness, and a grief and loss which became obsessive and self destructive.
I had to finish it, but I was left with a deep feeling of despair at the depths a twisted mind can descend.
Not an uplifting read, and the endless midnight sun contributed to the strangeness of the characters living in a world alien to me living in the UK, despite Sweden being so close geographically.
A difficult story to read.
Read more
5 people found this helpful
Report abuse

J. Atherton
4.0 out of 5 stars A bleak read
Reviewed in the United Kingdom on 22 November 2020
Verified Purchase
The Silver Road reminds me of a road near where I live, there is nothing on it and it goes for miles. I thought that this was a gripping read which I read very quickly. I enjoyed the tension that is created throughout. There are two stories running along side of each other which then intertwine to the grand conclusion. I have read other reviews of this book and some say that it is predictable in parts but didn’t find that at all. I was guessing till the end really. It is a very bleak book and the descriptions of the landscape give the impression of loneliness and despair. I really felt for Lelle who has been searching for his missing daughter for three years, the despair and determination of his character really shows. There are no chapters in this book which I think works very well it makes you want to keep reading and therefore you really feel the tension. All in all a good read.
Read more
One person found this helpful
Report abuse

Home is Where My Books Are
3.0 out of 5 stars Ok Read.
Reviewed in the United Kingdom on 8 December 2020
Verified Purchase
I found this book quite difficult to review, mainly because it is a translation. I must admit I didn't particularly enjoy it, It was written in a reporting style which I found did go on a bit, but I had to ask myself is that how the story was originally written or is that because of the way it has been translated? Obviously, I have no idea. That said, this is an extremely popular book and I think that is because essentially it is an extremely sad compelling story. Thank you.
Read more
Report abuse
See all reviews
Back to top
Get to Know Us
Make Money with Us
Let Us Help You
And don't forget:
© 1996-2021, Amazon.com, Inc. or its affiliates