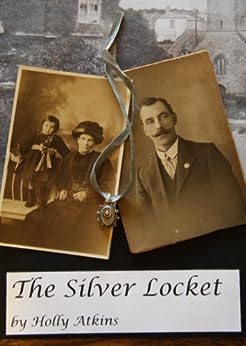 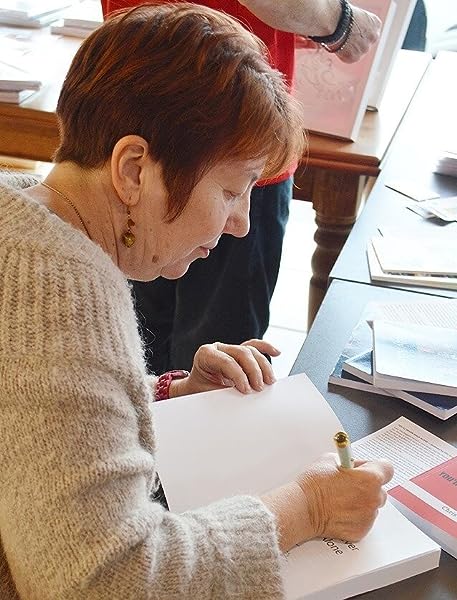 by Holly Atkins (Author) Format: Kindle Edition
See all formats and editions
Sorry, there was a problem loading this page. Try again.
It is 1989 and thirty-year-old Laura Peterson unexpectedly inherits a house in rural Lancashire. Leaving behind her ambitious boyfriend Greg, she seizes the opportunity to take a break from the busy but unrewarding life she has in bureaucratic Brussels.

Laura’s discovery of an old silver locket hidden in the attic prompts her to find out more about the former inhabitants of the house. But the locket is more than just a pretty trinket. Under its influence Laura's dreams are haunted by the young girl who once wore the locket and her waking hours troubled by a sinister old woman in a brown coat who seems to be following her.

A series of disturbing incidents disrupt Laura's efforts to restore the gardens to their former early 20th century glory. Then one night violent storm brings an ancient oak tree crashing to the ground, revealing a tiny human skeleton, tangled in its roots. Convinced that her dreams and the discovery of the bones are connected, Laura delves deeper into the secrets of the past, unleashing a wave of powerful and frightening events which threaten both Laura and those around her.

This second edition of ‘The Silver Locket, released in January 2020, has been subject to a light edit and the correction of typos and formatting issues.
Read more
Previous page
Next page

Holly Atkins is the pseudonym of Chris Hall. Chris is originally from the north of England. She grew up in York, then crossed the Pennines to Liverpool, where she lived and worked for almost 30 years. In 2010 she moved to Somerset West, South Africa with her husband and their cat. Two years later she published her first novel, 'The Silver Locket'. She is currently working on her second novel. For more information, visit her website: www.lunasonline.wordpress.com --This text refers to the paperback edition.

Holly Atkins is the pen name of Chris Hall. 'The Silver Locket' is her debut novel, published in 2012.

Chris describes herself as a compulsive story-teller, cat slave and hen keeper. Originally from the UK, she now resides in the Western Cape of South Africa.

Her most recent novels, 'Song of the Sea Goddess' and it's sequel, 'Spirit of the Shell Man' were inspired by the charm and beauty of her adopted country where, in Chris's vivid imagination, myth and reality collide on the southern shores of Africa.

Other novels authored under her own name are available on Amazon in paperback and ebook format:

Some of her poetry has been published in 'Creation and the Cosmos - a poetic anthology', published by Raw Earth Ink 2021

She has also published a tiny taster of her work in a short story collection, 'A Sextet of Shorts'.

Other short fiction has appeared in 'Adler's Writing' and 'One Minute Wit'. Her work also appears in the 'Writing My City' anthology, published in Cape Town in 2019.

Visit Chris's website at www.lunasonline.wordpress.com to read all kinds of short fiction, poetry and more.

M. A. Richardson
3.0 out of 5 stars Spoilt by lack of editing
Reviewed in the United Kingdom on 5 November 2019
Verified Purchase
This is the first book I have read by his author. I have often read reviews where complaints have been made about the editing. This one I am wondering if it was edited at all. Extra words in or missing which meant I had to re read the sentence and try to work out what it should be. Wrong words used. eg. Now / Know. Laura & Greg were SATED and smiling - should this be seated ? Ceridwen 'Listed in silence' presume this should be listened ? At the funeral " The woman was hasn't moved" It was also hard to work out when the story was set. Laura worked in Brussels with her boyfriend Greg led you to believe it was for the EU, but then events mentioned the cold war & Poland which took place in early 1980's. Also in Paris, the conversation was in French. - I do not speak French, so I have no idea what was said. ( this is also a fault in other books I have read where a translation is needed )

A good story spoilt. Had this been edited it would have received a higher star rating

Kevin Cooper
3.0 out of 5 stars A nice mystery/suspense
Reviewed in the United Kingdom on 17 September 2019
Verified Purchase
I love the whole concept of this story and It has a lot of promise. An old silver locket with mysterious properties that conjures dreams from the past and can seemingly change its emotional characteristics.

I especially enjoyed reading the second half of this work. The problem is I found the first half of the story somewhat wanting.

The prologue lacked that hook needed too draw the reader in and I strongly believe this to be the root of my problem of getting into the story. I was almost half way through the work before I started getting into it. For me, I think the story needed to be darker... More sinister if you like.

Along with the slow pace of the story, some of the dreams and characters lacked the depth needed to keep me drawn in hence the three stars. With a bit of work, especially on the prologue and in the first few chapters, I have no doubt this could become a steady five stars work.
Read more
Report abuse

T
5.0 out of 5 stars Thoroughly Enjoyable
Reviewed in the United Kingdom on 14 May 2021
Verified Purchase
A captivating read from start to finish. The characters weave a magical mix of mystery with a hint of time travel. A dream of an escape! Fabulous!
Read more
Report abuse

TBL
5.0 out of 5 stars Spent a lovely afternoon reading this
Reviewed in the United States on 12 March 2020
Verified Purchase
I very much enjoyed this book. I really could not put it down, even reading during my dinner! An intriguing story with a few twists. You will fall in love with the characters.
Read more
Report abuse

Rachel Z.
4.0 out of 5 stars Very engaging story!
Reviewed in the United States on 16 December 2019
Verified Purchase
Although, like several kindle books, this had a few typos, the overall story was very engaging. I couldn't stop reading until I finished it! Definitely worth reading!
Read more
Report abuse
See all reviews
Report an issue
Does this item contain inappropriate content?
Report
Do you believe that this item violates a copyright?
Report
Does this item contain quality or formatting issues?
Report