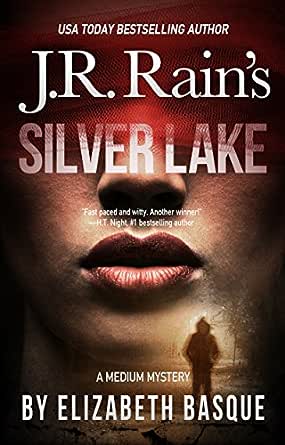 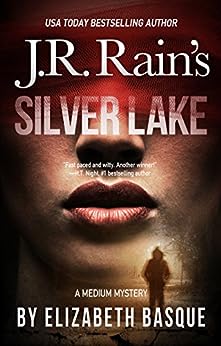 4.1 out of 5 stars
4.1 out of 5
22 global ratings
How are ratings calculated?
To calculate the overall star rating and percentage breakdown by star, we don’t use a simple average. Instead, our system considers things like how recent a review is and if the reviewer bought the item on Amazon. It also analyses reviews to verify trustworthiness.

the poet
4.0 out of 5 stars Easy and smooth as silk.
Reviewed in the United Kingdom on 18 October 2016
Verified Purchase
Well read book one thinking that would be it now have read this book two so now intending to read book three of Medium Mysteries by Elizabeth Basque. Rest my case.
Read more
Report abuse

Eve Paludan
5.0 out of 5 stars Entertaining, funny, heartbreaking, and remarkable page-turner! Five stars.
Reviewed in the United States on 13 July 2014
Verified Purchase
Pauline Ocean is a powerful Medium and psychic who takes her powers in stride. They are as normal to her as breathing. As a sensitive of spirits, her job is to help them go into the light. Along the way, she has to do some crime investigating by communicating with the spirits at a personal level. Since times are tight, she has also started teaching classes for would-be mediums (the perfect comic relief).

In SILVER LAKE, her apartment ghost, Mack, is her friend and sometimes, her greatest aggravation. He won't take any guff. Neither will she, so they often butt heads in a give-and-take rapport that is both amusing and heartfelt. Although Mack is a ghost, he may be the best friend she’s ever had, probably because he tells her the truth about her own shortcomings. As for himself, he has been a big-time secret keeper about his own life and death.

In SILVER LAKE, this second book of The Medium Mystery series, Pauline finds out why he didn't go Home (into the light). Mack has unresolved business related to his death and boy, is it complicated!

Enter Garrett Mackenzie, via an engagement announcement in the newspaper. He is a dead ringer for Mack and turns out to be his son. When Pauline sees his photo, she gets a bad feeling about Garrett's upcoming marriage to a famous supermodel.

After prying the details from Mack about his own death, Pauline knows she has to investigate, if not try to stop Garrett’s wedding. Her friend Julie (a client in book 1 and now, wannabe psychic) is eager to assist her on the investigation, and they discover shocking information. With Mack's help, Pauline and Julie try to stop the same thing from happening to Garrett that happened to Mack. Garrett's very life is at stake and they are running out of time.

I found the characters engaging, the plot a real page-turner, and I connected with the heroine’s sense of responsibility to right wrongs. No matter what her personal failings are, Pauline shows true grit when it comes to helping others and that makes her a very relatable heroine. This fast-paced mystery, which is both fun and compelling, brings home our heartbreaking ends of being human...and sheds light on the triumphs and failures of people in life. . . and in death.

I recommend SILVER LAKE to all ghost mystery lovers who want to know more about what happens between death and the afterlife, and who like to see goodness and compassion quash evil. Entertaining, funny, heartbreaking, and remarkable! Five stars. Must read! -- Eve Paludan

CherB
4.0 out of 5 stars Loved the story
Reviewed in the United States on 22 May 2017
Verified Purchase
I finished this book in just one sitting and enjoyed it thoroughly! The story was well paced and characters were well developed. It had the right mixture of humour, action and mystery. I will definitely read more in this series!
Read more
Report abuse

J Markham
3.0 out of 5 stars Ok
Reviewed in the United States on 2 August 2018
Verified Purchase
Silver Lake is an entertaining fast read but it didn't quite meet my expectations as it was . Well written and edited.
Read more
Report abuse

Amazon Customer
3.0 out of 5 stars Just basic entertainment
Reviewed in the United States on 21 February 2015
Verified Purchase
I don't have to learn anything when I read, just be entertained. Silver lake was just that, entertaining, on a pretty basic level. The characters really could be a little more developed. But hey, I still read it. Would I recommend? Yes, if you are a chronic reader who like me doesn't care for a lot of deep thinking. But if you want something with real substance this is not for you.
Read more
One person found this helpful
Report abuse
See all reviews
Back to top
Get to Know Us
Make Money with Us
Let Us Help You
And don't forget:
© 1996-2021, Amazon.com, Inc. or its affiliates