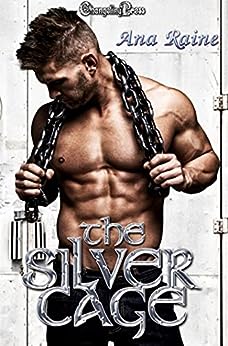 by Ana Raine (Author) Format: Kindle Edition
See all formats and editions
Sorry, there was a problem loading this page. Try again.

Danny barely remembers who he is, let alone his mate. After being taken from his pack years ago by a group of overzealous hunters, Danny identifies only as “Wolf” -- the pet of the pack who helps track down other shifters for the hunters’ sport.

When Danny tracks down a female wolf, he hesitates to help imprison her male companion. At first Danny doesn’t remember this wolf, at least not logically, but his senses are completely overtaken and he’s sure he’s met this Alpha before.

This wolf isn’t just his former Alpha. Jamie is also his mate, and after years of believing Danny dead, Jamie’s not going to let his mate go ever again. Even if it means working together to kill each of the hunters so they can never take their lives again -- or come between their mating bond.

Ana loves cats and has a cat series starting with Clock Strikes.

Kells
3.0 out of 5 stars A fun, quick read
Reviewed in the United States on 22 July 2021
Verified Purchase
I enjoyed this very much. Adored the hurt/comfort, and the sweetness between Danny and Jamie was adorable. I'm normal turned off by first person pov but it worked well here. Could use a bit more editing but most of it didn't distract from readability and enjoyment.
Read more
Report abuse
See all reviews
Back to top
Get to Know Us
Make Money with Us
Let Us Help You
And don't forget:
© 1996-2022, Amazon.com, Inc. or its affiliates