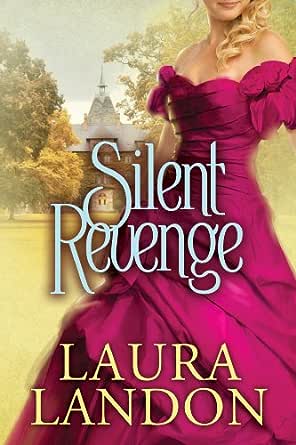 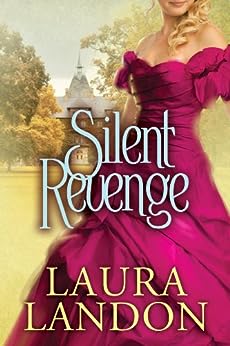 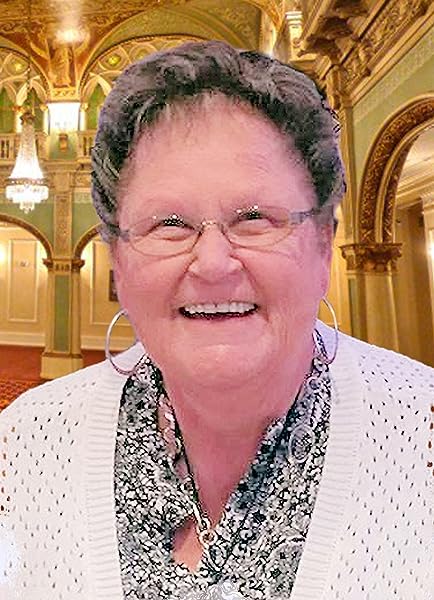 Laura Landon taught high school for ten years before leaving the classroom to open her own ice-cream shop. As much as she loved serving up sundaes and malts from behind the counter, she closed up shop after penning her first novel. Now she spends nearly every waking minute writing, guiding her heroes and heroines to happily ever after. She is the author of more than a dozen historical novels, and her books are enjoyed by readers around the world. She lives with her family in the rural Midwest, where she devotes what free time she has to volunteering in her community. --This text refers to the audioCD edition.

4.3 out of 5 stars
4.3 out of 5
581 global ratings
How are ratings calculated?
To calculate the overall star rating and percentage breakdown by star, we don’t use a simple average. Instead, our system considers things like how recent a review is and if the reviewer bought the item on Amazon. It also analyses reviews to verify trustworthiness.

lisa
TOP 50 REVIEWER
5.0 out of 5 stars Lovely romance with fast moving plot
Reviewed in Australia on 24 August 2015
Verified Purchase
I enjoyed this novel about a young woman in need of a husband and concealing a disability in an unforgiving society. Driven to desperation by an evil step brother she approaches a bitter nobleman who all believe has murdered his father with an unusual proposition.

The characters were engaging, the plot kept me interested and it was overall a very good read. For younger readers the spice level is low, the sex scenes get down to nudity then fade out. I would be comfortable giving this to somebody 14 years old or older to read.

Susie Hollams
5.0 out of 5 stars Brilliant
Reviewed in Australia on 5 August 2017
Verified Purchase
I really enjoyed this. Over and over I kept thinking I knew it but the author really does have an extraordinary ability to keep you hanging on. Well done .Susie❤️
Read more
Helpful
Comment Report abuse

Silvija Stefanovic
1.0 out of 5 stars An accidental pick, didn't like it...
Reviewed in Australia on 24 September 2015
Verified Purchase
Definitely not my type of a book.
Read more
Helpful
Comment Report abuse

arabella tallent
2.0 out of 5 stars 59p was about the right price for this piece of hokum.
Reviewed in the United Kingdom on 21 May 2014
Verified Purchase
I needed to check the author wasn't Ron Weasley as the number of "bloody hells" mounted. Surely not the curse of choice for the average mid 19th century peer of the realm, and as another reviewer says, no gentleman of breeding would use bad language in front of a lady - a habit that might do well to be reintroduced, but I digress. The author seems to be under the impression that London society was only made up of the outlandishly titled. I've said it before, American authors, please do some basic research about how the British peerage works and how titles are applied. Also some research into women's property rights before 1888 might have come in useful.

And yet ... it was a page turner, in spite of the toe curlingly embarrassing dialogue and the author's complete misunderstanding of social niceties (I really thought this was going to turn into Sex in the City, but without the sex) until about 75% of the way through, when the hero's step mother, and who had also been our hero's fiancée, arrived on the scene, bringing with her the heroine's evil step-brother (who as far as I can see had no rights to his mother's second husband's fortune, but there you go, don't let reality stand in the way of the plot) when the book became turgid and boring. Like another reader, I skipped to the end and found they lived happily ever after.

I shan't search out other books by this author, but for 59p (including VAT) I can hardly complain, and I may have helped the Chancellor sleep more easily at night.
Read more
4 people found this helpful
Report abuse

Mrs H
1.0 out of 5 stars dreadful
Reviewed in the United Kingdom on 23 January 2018
Verified Purchase
I downloaded this by accident - I read about five lines and deleted it.
Read more
2 people found this helpful
Report abuse

jane pearson
5.0 out of 5 stars Silent revenge.
Reviewed in the United Kingdom on 14 March 2017
Verified Purchase
What a wonderful story and so well written, I loved the way it unfolded not letting on straight off that Jesse had a disability. I was gripped all the way through the book a must read and definitely worth the 5 stars
Read more
One person found this helpful
Report abuse

Kt
5.0 out of 5 stars superlative.
Reviewed in the United Kingdom on 14 June 2013
Verified Purchase
Fantastic, I thoroughly enjoyed this book. And will read more from this author. Well written, great characters and situations. Sweet, tender and tempestuous romance with danger and an evil stepbrothers wicked machinations forcing them into danger.
Read more
5 people found this helpful
Report abuse

Frances Wolf
5.0 out of 5 stars A very good book
Reviewed in the United Kingdom on 16 September 2017
Verified Purchase
This is a really good read the storyline was quite different and interesting and kept you reading without putting it down
Read more
Report abuse
See all reviews
Get FREE delivery with Amazon Prime
Prime members enjoy FREE Delivery and exclusive access to movies, TV shows, music, Kindle e-books, Twitch Prime, and more.
> Get Started
Back to top
Get to Know Us
Make Money with Us
Let Us Help You
And don't forget:
© 1996-2020, Amazon.com, Inc. or its affiliates