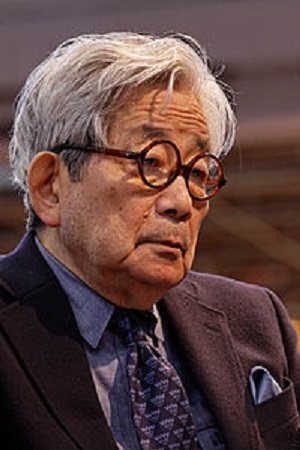 by Kenzaburo Oe (Author), John Bester (Translator)
4.3 out of 5 stars 31 ratings
See all formats and editions
Sorry, there was a problem loading this page. Try again.

An imagined world, where life and myth condense to form a disconcerting picture of the human predicament today ... at first glance [The Silent Cry] appears to concern an unsuccessful revolt, but fundamentally the novel deals with people's relationships with each other in a confusing world in which knowledge, passions, dreams, ambitions and attitudes merge into each other -- Nobel Prize for Literature citation

Though thoroughly Japanese, Oe, in the range of hope and despair he covers, seems to me to have in him a touch of Dostoevsky -- Henry Miller

Oe piles copious and inventive misery onto his hero before allowing him enlightenment and redemption. -- Jake Kerridge ― Sunday Telegraph Published On: 2011-11-06

Kenzaburo Oe is Japan's most important living writer. Born in 1935 on the island of Shikoku, Oe studied literature at Tokyo University before spending the sixties in Paris where he came under the influence of Sartre. After his debut novel, he wrote a string of books dissecting contemporary Japan, including Nip the Buds, Shoot the Kids, Teach Us To Outgrow Our Madness, Rouse Up O Young Men of the New Age!, The Pinch Runner Memorandum and the essay collection Hiroshima Notes, on the impact on Japan's national psyche of the atomic bombing of Hiroshima at the end of the Second World War.

He lives in Tokyo with his wife and his eldest son Hikari, who was born with severe brain damage; many of the narrators in Oe's fiction have brain-damaged children, most notably in the semi-autobiographical novel A Personal Matter. He won the 1994 Nobel Prize for Literature.
Start reading The Silent Cry (Serpent's Tail Classics) on your Kindle in under a minute.

Kenzaburō Ōe (大江 健三郎 Ōe Kenzaburō?, born 31 January 1935) is a Japanese writer and a major figure in contemporary Japanese literature. His novels, short stories and essays, strongly influenced by French and American literature and literary theory, deal with political, social and philosophical issues, including nuclear weapons, nuclear power, social non-conformism, and existentialism. Ōe was awarded the Nobel Prize in Literature in 1994 for creating "an imagined world, where life and myth condense to form a disconcerting picture of the human predicament today".

Partial Mind
5.0 out of 5 stars World class
Reviewed in the United Kingdom on 4 November 2016
Verified Purchase
The distinctly unpromising set up - supermarket creating change in an unchanged Village - is transcended as a powerful economically written work grips. Family, Marriage and history are beautifully explored with some shocking effects. Oe's life mingles with his work to great effect here.
Read more
One person found this helpful
Report abuse

Patrick McParland
4.0 out of 5 stars An eventful and moving tale
Reviewed in the United Kingdom on 2 November 2016
Verified Purchase
A very Eastern tale of honour, superstition and family ties. It describes how two brothers try to find themselves when they return to their rural village with a very strange impact on the local community.
Read more
Report abuse

Claudia
5.0 out of 5 stars Five Stars
Reviewed in India on 9 April 2018
Verified Purchase
All good...
Read more
Report abuse
See all reviews
Back to top
Get to Know Us
Make Money with Us
Let Us Help You
And don't forget:
© 1996-2021, Amazon.com, Inc. or its affiliates