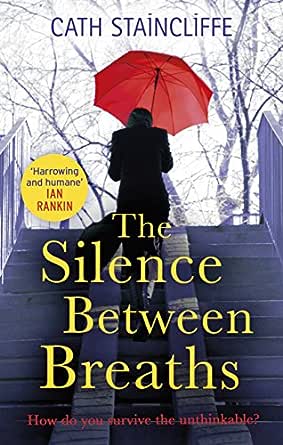 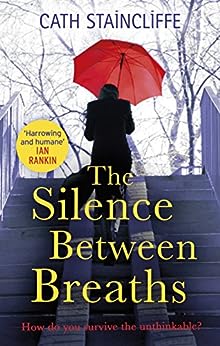 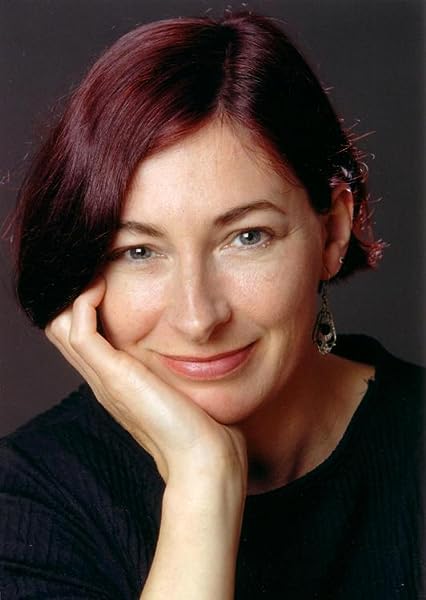 The Silence Between Breaths Kindle Edition

As harrowing as it is powerful - Sunday MirrorAn intelligent and emotionally engaging moral workout - Daily Telegraph[A] powerful, thoughtful ensemble novel about a terror attack and its legacy ... Harrowing and humane. A real knockoutCath Staincliffe gets into the heads of ordinary people and makes them extraordinary. Her power is in the small detail that builds tension and forces us to care about the characters she's created. The Silence Between Breaths will haunt you. You will find yourself thinking: what would I have done in that situation?Paradoxically, it's their very ordinariness that gets you involved in the lives and concerns of a random group of train travellers, before the tension ramps up and a routine journey takes a shocking twist. You'll want to read it in one sitting - Sunday Times Crime ClubAn emotionally engaging thriller - MetroComplex and satisfying - Sunday Times --This text refers to an alternate kindle_edition edition.

Cath Staincliffe is an award winning novelist, radio playwright and creator of ITV's hit series Blue Murder. Cath's books have been shortlisted for the CWA Best First Novel award. She was joint winner of the CWA Short Story Dagger in 2012. Letters To My Daughter's Killer was selected for the Specsavers Crime Thriller Book Club on ITV3 in 2014. Cath also writes the Scott & Bailey books based on the popular ITV series. She lives with her family in Manchester. --This text refers to the hardcover edition.

How do you survive the unthinkable? --This text refers to the hardcover edition.

Passengers boarding the 10.35 train from Manchester Piccadilly to London Euston are bound for work, assignations, reunions, holidays or new starts, with no idea that their journey is about to be brutally curtailed.

Holly has just landed her dream job, which should make life a lot easier than it has been, and Jeff is heading for his first ever work interview after months of unemployment. They end up sitting next to each other. Onboard customer service assistant Naz dreams of better things as he collects rubbish from the passengers. And among the others travelling are Nick with his young family who are driving him crazy; pensioner Meg and her partner setting off on a walking holiday and facing an uncertain future; Caroline, run ragged by the competing demands of her stroppy teenage children and her demented mother; and Rhona, unhappy at work and desperate to get home to her small daughter. And in the middle of the carriage sits Saheel, carrying a deadly rucksack . . .

'Not just a whodunnit but the consequences of a crime... very real' Kate Mosse