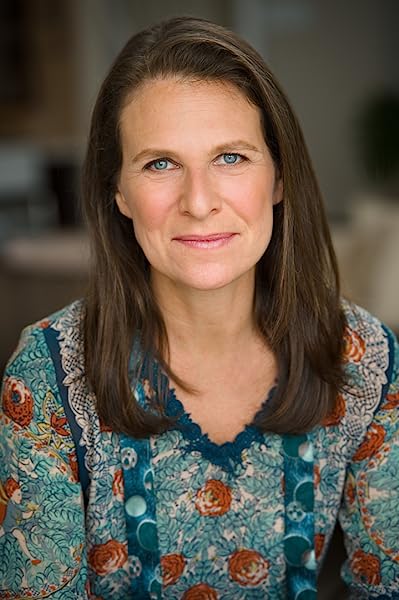 by Deborah Copaken Kogan (Author)
4.2 out of 5 stars 46 ratings
See all formats and editions
Sorry, there was a problem loading this page. Try again.

DEBORAH COPAKEN is the New York Times bestselling author of several books, including Shutterbabe, The Red Book, and Between Here and April. A contributing writer at The Atlantic, she was also a TV writer on "Emily in Paris," performer (The Moth, etc.), and a former Emmy Award-winning news producer and photojournalist. Her photographs have appeared in Time, Newsweek, and The New York Times. Her writing has appeared in The New Yorker, The New York Times, The Guardian, The Financial Times, The Observer, The Wall Street Journal, The Nation, Slate, O, the Oprah Magazine, and Paris Match, among others. Her column, “When Cupid is a Prying Journalist,” was adapted for the Modern Love streaming series. She lives in Brooklyn with her family.

4.2 out of 5 stars
4.2 out of 5
46 global ratings
How are ratings calculated?
To calculate the overall star rating and percentage breakdown by star, we don’t use a simple average. Instead, our system considers things like how recent a review is and if the reviewer bought the item on Amazon. It also analyses reviews to verify trustworthiness.

Dutchcath
5.0 out of 5 stars A beautiful account of love and war and more love
Reviewed in the United Kingdom on 24 May 2006
Verified Purchase
Destiny lead me to read this book... A truly "unputdownable" account of an incredibly young woman's courageous adventures, traversing the world in pursuit of herself, her passion and limits.... I recommend this book to anyone with an interest in photography and travel and most of all empathy and compassion for the human spirit; its trials and strengths.... While reading this book, I felt as though I was there with the author, sharing her laughter, pain and experience of incredible 20th century events in Europe... Her account of events will reduce you to tears, shock you, delight you,but most of all will make you feel privileged to have shared a very real, personal experience....
Read more
3 people found this helpful
Report abuse

Jennifer Koskinen
5.0 out of 5 stars Strong women inspire me deeply!
Reviewed in the United States on 23 March 2022
Verified Purchase
I assumed I'd relate to this book as a woman photographer (that's why I picked it up). What surprised me was the discovery of a familiar voice, shared views about the world, men, relationships, growth, independence, feminism, and most of all the challenges society places on women who ultimately want to become mothers and work.

I was on the edge of my seat reading her accounts of front-line adventures in photojournalism from events all around the world (many such events I remember watching unfold in real time and it was amazing to read her insider perspective). I can't imagine being brave enough to pursue that particular line of photographic work (she has a line about the 'varieties of human animal' that made me laugh, myself being of the variety who'd rather have patience to sit for days waiting to photograph a passing lion). Despite being an entirely different variety of human/photographer, I found these stories intimately, infinitely relatable as a woman who has walked a not so "normal" life. And I loved how each story was framed within a chapter named for a man she related to in some way at that time. Such an interesting juxtaposition of independence and reliance on other humans.

Great writing, pacing, perspective and story-telling. Finished last night and went out today to pick up Ladyparts. Thank you, Deb, for sharing your stories!
Read more
One person found this helpful
Report abuse

Grant
4.0 out of 5 stars Solid first work
Reviewed in the United States on 2 June 2013
Verified Purchase
I appreciated the honesty of Deborah Copagen Kogans biography of her early work as a photo journalist and her candor in describing her life and loves along the way. She seems to have a strong idea about who she is and takes the negative experiences in her life and unlike so many of us she learns and grows from them. I heard her interviewed on NPR about her latest book when she reference this book which led me to purchase it. Her views on how women are viewed in a male dominated field like war correspondence and photography echoed themes I had just read in Cheryl Sandberg's book Lean In. More people need to expose themselves as honestly as Deborah has here. I found it courageous.
Read more
6 people found this helpful
Report abuse

Anne Lamont
2.0 out of 5 stars Shutter works
Reviewed in the United States on 19 February 2014
Verified Purchase
The author tells a good story but not sure how much is absolutely true. Did she really almost throw a rabbi down a flight of stairs?? Her guiding star of doing good and the situations she was in were amazing and worth the read but I didn't walk away loving the book.
Read more
3 people found this helpful
Report abuse
See all reviews