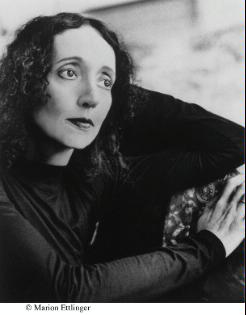 by Joyce Carol Oates (Author)
3.7 out of 5 stars 24 ratings
See all formats and editions
Sorry, there was a problem loading this page. Try again.

The first novel from New York Times-bestselling author Joyce Carol Oates, a thrilling, dark tale of family, revenge, and two souls intertwined by love and violence -- now back in print for fans of America's most prolific storyteller.

Written when Joyce Carol Oates was in her early twenties, and first published in 1964, With Shuddering Fall is her powerful debut novel, the first of five new Oates reprints from Ecco.

Discover what prompted the New York Times to compare this young writer's debut to Shirley Jackson's famous short story, ''The Lottery.'' Readers looking for a place to start in Joyce Carol Oates's vast catalogue will be intrigued by the sheer narrative force of the young author, and her willingness to anatomize the darkest recesses of humanity in a search for redemption and resolution.

Joyce Carol Oates is a recipient of the National Book Award and the PEN/Malamud Award for Excellence in Short Fiction. She has written some of the most enduring fiction of our time, including the national bestsellers We Were the Mulvaneys and Blonde, which was a finalist for the National Book Award and the Pulitzer Prize, and the New York Times bestsellers The Falls, which won the 2005 Prix Femina Etranger, and The Gravediggers Daughter. She is the Roger S. Berlind Distinguished Professor of the Humanities at Princeton University and has been a member of the American Academy of Arts and Letters since 1978. In 2003 she received the Common Wealth Award for Distinguished Service in Literature and the Kenyon Review Award for Literary Achievement, and in 2006 she received the Chicago Tribune Lifetime Achievement Award.
Tell the Publisher!
I’d like to read this book on Kindle

Joyce Carol Oates is the author of more than 70 books, including novels, short story collections, poetry volumes, plays, essays, and criticism, including the national bestsellers We Were the Mulvaneys and Blonde. Among her many honors are the PEN/Malamud Award for Excellence in Short Fiction and the National Book Award. Oates is the Roger S. Berlind Distinguished Professor of the Humanities at Princeton University, and has been a member of the American Academy of Arts and Letters since 1978.

3.7 out of 5 stars
3.7 out of 5
24 global ratings
How are ratings calculated?
To calculate the overall star rating and percentage breakdown by star, we don’t use a simple average. Instead, our system considers things like how recent a review is and if the reviewer bought the item on Amazon. It also analyses reviews to verify trustworthiness.

Karen R.
4.0 out of 5 stars Oates's 1st novel showing glimpses of what's to come
Reviewed in the United States on 14 June 2021
Verified Purchase
I am a voracious reader of anything by JCO so I was thrilled to discover "With Shuddering Fall." While it wasn't my favorite of all her novels, I was engrossed by it. She just mesmerizes me with whatever she writes, honestly.

I really did not like the 2 main characters at all, though I found them and their relationship intriguing. I read this really quickly because I had to try and figure out what made these 2 tick. I never really got a complete answer, but that happens often when I read JCO. She makes me figure out a lot myself. Which I prefer to a neatly wrapped-up story with a clear, finite resolution.

If you are a JCO fan, you must have this in your collection. If you are just discovering her, I wouldn't start here as this is not fully indicative of her immense talent at storytelling. But it certainly is an interesting look at where she started.
Read more
One person found this helpful
Report abuse

It was such a joy to find Joyce Carol Oates’ debut novel, “With Shuddering Fall.” She is an all-time favorite author of mine. Written in 1964, when the author was in her mid-twenties, the novel does not disappoint. In a previous review of “Night-Gaunts,” 2018, I wrote that a recurring theme in her work is the abuse of women, as portrayed in “Do With Me What You Will,” 1973, “We Were the Mulvaneys,” 2002, “The Gravedigger's Daughter,” 2007, “Blonde: A Novel, 2009,” “The Sacrifice”, 2016. I have read them all. They are flawless. (I admit that when I read her memoir, “A Widow’s Story,” 2011, I was surprised to see how very ordinary her own marriage was). So I wasn’t overly surprised to read that she began her career on a theme that we have come to associate with this author— a dark tale of two lovers entwined in sexual chaos

On Oct. 25, 1964, the NY Times reviewed “Shuddering” and wrote of the female protagonist, “Karen Herz at 17 is fragilely beautiful, and, as she herself recognizes, a little “queer in the head.” Her impulses are ungovernable; her whims must be carried to the limit.” Her being queer in the head actually reads as if she may be autistic. I did wonder if Karen embraces a twisted love affair because those with childhood neurodevelopment disorders often struggle with processing social cues. I have no idea if that is how Oates meant for her character to present, but that is my take on Karen. Her born-angry 30-year-old racecar driving lover is Shar. He appears to have a death wish. There is little doubt that his violent occupation symbolizes their relationship. Karen marries Shar and things go from bad to worse. Remember the Billie Holiday song, “My Man?” “My life is just despair, but I don't care, He beats me, too, what can I do?” Well, that can be Karen singing about her man Shar. But then again, Shar’s feelings about Karen are just as bizarre. He literally cannot live with her (he never was a one-woman kind of guy) or without her (he stays since he is obsessed that he cannot bring her to sexual orgasm). There is a constant struggle of brutality and indifference between them.

Although the story may revolve around sex, her prose is never porn-like.
The Times reviewer also wrote, “This material is not as garish as it sounds because of the clarity, grace, and intelligence of the writing.” For Oates to pull this off at such a tender age is nothing short of amazing. However, this does not mean “Shuddering” is flawless. The story can wander off at certain times with unneeded subplots, which detract from the real tale. She was still in the process of learning her craft.

So why does Oates’ unwavering theme on the abuse of women keep working for her? I believe it is her willingness to unabashedly dive into the darkest cavity of the human psyche. And let’s face it—such tales are fascinating to read. She always seems to ask the question ‘Just what is insanity?’ Aren’t we all just a little scared to find bits of ourselves in her unstable characters? You might cringe, but Oates has a unique voice and is one hell of a storyteller.
Read more
3 people found this helpful
Report abuse

Skyy
5.0 out of 5 stars Wow!! Just wow!!
Reviewed in the United States on 29 July 2019
Verified Purchase
This book is amazing! I can't believe this is a first novel. I really loved this book. What I loved about it? Karen and the complexity of her mind- - just brilliant! Her characterization was spot on as if JCO sat in a hospital and got into the mind of a person with a misfiring brain. From page one (Spring), every word was a masterful play on the two seasons of portrayed. I have so much to say, but I don't know how to say it. But what I will say, is that I felt it. This book was too short.
Read more
2 people found this helpful
Report abuse

Bruce Russell
2.0 out of 5 stars A Debut Novel That Missed The Mark For Me
Reviewed in the United States on 12 July 2020
Verified Purchase
With apologies to fans of Joyce Carol Oates, a literary giant for sure, her first novel left me exhausted and only pining for the end. It was a tedious read and much longer than it needed to be. To be honest, maybe I am just not enough of a literary mind to understand, but I never really got it. There were no characters I felt any kind of kinship with and the overall theme of the novel was never clear enough for me to make sense of. If you are looking to experience this very accomplished writer, I would pass on this one.
Read more
One person found this helpful
Report abuse

Pamila
2.0 out of 5 stars Hard to get through this one
Reviewed in the United States on 16 July 2019
Verified Purchase
I hate to admit but I barely understood this book. I only kept at it thinking, surely it will come together for me. Sadly, the only two reasons I even finished the book was because I don’t like to stop in the middle of any book and her use of words is remarkable. I am so glad I read “We Were the Mulvaneys” because it was a 5 star. I still remain a fan, if only for her use of words and knowing what she is capable of writing.
Read more
Report abuse
See all reviews
Back to top
Get to Know Us
Make Money with Us
Let Us Help You
And don't forget:
© 1996-2022, Amazon.com, Inc. or its affiliates