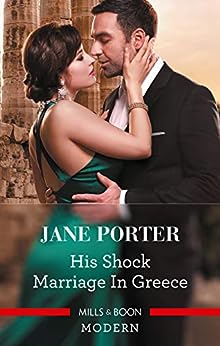 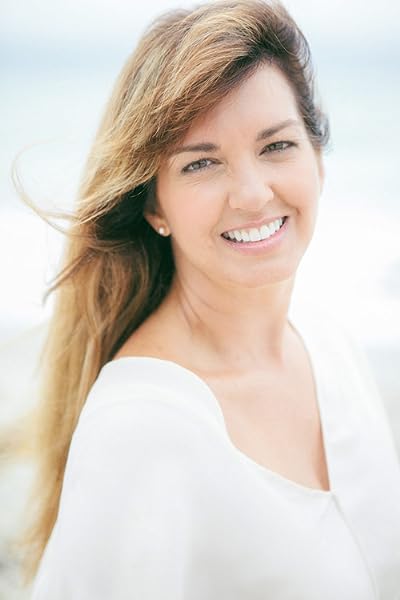 "Interesting characters, a beautiful locale and a passionate romance make this a thoroughly enjoyable story!" -Harlequin Junkie --This text refers to an alternate kindle_edition edition.

Jane Porter loves central California's golden foothills and miles of farmland, rich with the sweet and heady fragrance of orange blossoms. Her parents fed her imagination by taking Jane to Europe for a year where she became passionate about Italy and those gorgeous Italian men! Jane never minds a rainy day – that's when she sits at her desk and writes stories about far-away places, fascinating people, and most important of all, love. Visit her website at: www.janeporter.com

4.2 out of 5 stars
4.2 out of 5
94 global ratings
How are ratings calculated?
To calculate the overall star rating and percentage breakdown by star, we don’t use a simple average. Instead, our system considers things like how recent a review is and if the reviewer bought the item on Amazon. It also analyses reviews to verify trustworthiness.

Debs
5.0 out of 5 stars Tormented hero seduced by grounded heroine
Reviewed in the United Kingdom on 22 December 2019
Verified Purchase
The hero is promised the best Dukas daughter as part of a family merger but gets the plain clever one instead when the super-model walks out. Kass is a force to be reckoned with but has married a man who has cut himself off from emotions in order to protect himself. The sex is hot and whilst Kass tries repeatedly to connect, Damen struggles to set boundaries in their marriage so he doesn't have to. A compulsive read.
Read more
One person found this helpful
Report abuse

Mrs. J. Hagan
5.0 out of 5 stars Lose yourself
Reviewed in the United Kingdom on 13 July 2019
Verified Purchase
Good to get a good old Mills and Boon book
Read more
One person found this helpful
Report abuse

Miss_Kiki
5.0 out of 5 stars His Shock Marriage in Greece
Reviewed in the United States on 1 July 2019
Verified Purchase
An arranged marriage between Greek tycoon and a virgin wallflower make for an unforgettable story.

Five years ago, Kassiani Dukas's father made a deal with Damen Alexopoulos, a Greek shipping tycoon. He could marry his daughter, Elexis, in exchange for a merger between their companies. But when it came time for the wedding, Elexis had disappeared. There was no way her father's business could survive without the marriage deal. So now, Kassiani was being forced to marry Damien in Elexis’s place.

Kassiani was the forgotten Dukas. Her father didn’t want anything to do with her because she wasn’t pretty like her sister. He didn’t appreciate her intelligence. He always said a Greek woman’s place was at home and not working. Kassiani desperately wanted to be part of the family business but wasn’t allowed. She was desperate for a way out, a way to leave home. So, when her father told her to take Elexis’s place and marry Damen, she agreed. Marrying Damen would be how Kassiani could get away from her controlling father. She could also claim the trust that her late aunt left for her giving her financial freedom. Kassiani fell in love with Damen right away, but Damen didn’t like affection and didn’t believe in love. Kassiani had a lot of work to do if their marriage was going to last.

I could relate to Kassiani's self esteem issues and how she felt she didn't measure up to her siblings, so my heart went out to her. But, she was very smart and she had more to offer than she thought. I enjoyed seeing her finally win over Damen, even if it did take to the near end of the book to do it. Damen was another story. He was a bit stubborn and secretive at first, a total alpha male, so seeing him finally soften up was a pleasant surprise. Most of the book took place on a yacht cruising around the Greek islands. It really had me longing for a vacation there. I would recommend this book to any armchair travelers, like myself, and those just seeking a good romantic story. You’ll be swept away.
Read more
6 people found this helpful
Report abuse

Dbld
4.0 out of 5 stars It shou!d have been longer
Reviewed in the United States on 16 July 2019
Verified Purchase
Wow that was some story. A Greek Billionaire is marrying the daughter of another Greek shipping magnate but she runs away so the Father forces his younger 'ugly duckling' daughter to take her place. And that's what her Father calls her. She's curvy and not as beautiful and blah blah blah. She does it and the hero is not happy. Her attempts to seduce him so they would stay married were a little weird but it worked and there were some pretty steamy love scenes. She keeps pushing him for a relationship and wants to know all about him and he ends up leaving. And then she does. They are apart four months.

This story was actually very romantic but at times it was almost painful to read. The angst, the push, the pull, the pain and the awful conversations just made me quite emotional. I was like enough already, stop just stop talking. It was a little too much and then we have the separation and and no contact at all. I would have liked to have learned what he did during those four months. How he was able to say those things at the end and why. The epilogue was beautiful though as people have said. It's a very good story. He wanted to heal himself for her and I liked that. She just wanted love and acceptance and someone who really cares about her as a person. I totally recommend it. Safe too.
Read more
4 people found this helpful
Report abuse

Shari B
5.0 out of 5 stars The Substitute Bride
Reviewed in the United States on 2 July 2019
Verified Purchase
An arranged marriage, or should I say a substitute bride. Kassiani steps up as a bride to Damen when her sister at the last minute changes her mind on her marriage. Damen states the marriage will only be a business marriage but the sexual chemistry can not be denied. Damen has a big secret from his past and has trust issues, plus he is pure alpha. Kassiani is very smart but has low self esteem but she might be the first person to break the shell of Damen.

Loved this book, packed full of emotion of two broken people that find love in the end. Loved the setting in Greece, so wants me to visit this gorgeous country. Great banter and sexual chemistry between Kassiani and Damen. I could not put this book down, highly recommend.
Read more
One person found this helpful
Report abuse
See all reviews
Back to top
Get to Know Us
Make Money with Us
Let Us Help You
And don't forget:
© 1996-2021, Amazon.com, Inc. or its affiliates