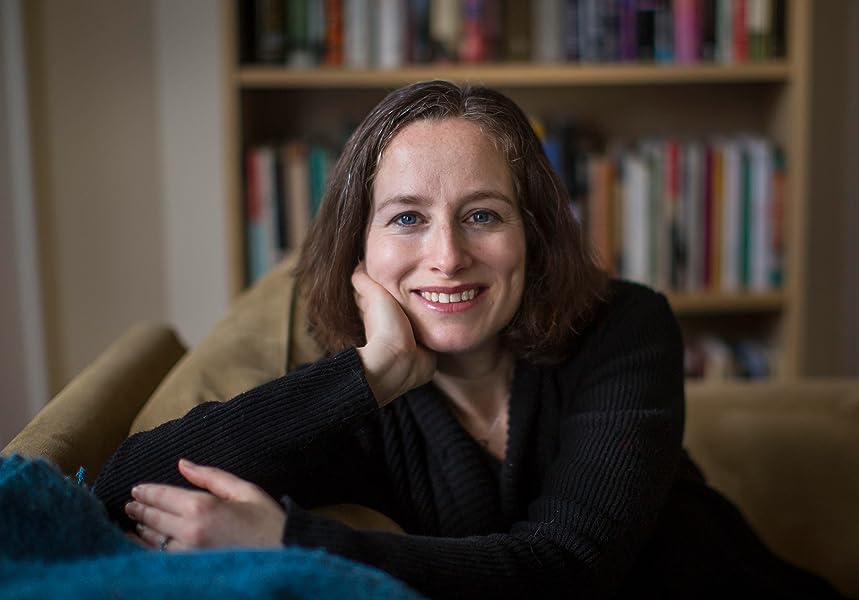 Page 1 of 1 Start overPage 1 of 1
Previous page
Next page
Start reading Shirley Jackson: A Rather Haunted Life on your Kindle in under a minute.

Shirley Jackson: A Rather Haunted Life . . . lifts its subject out of the genre ghetto and makes a convincing case that Jackson was a courageous woman in a male-dominated field whose themes resonate strongly today.--Jeff Baker "Seattle Times"

Shirley Jackson: A Rather Haunted Life deftly narrates the influences, experiences and reputation of the author of the famously enduring story 'The Lottery.' As a history of the literary culture of the 1940s and '50s, it teases out the daily lives of people who displayed James Joyce's 'Ulysses, ' Wilhelm Reich's 'The Function of the Orgasm' and James George Frazer's 'The Golden Bough' on their coffee tables. And as a chronicle of American life in the Eisenhower era, it reminds us of a time when people with too many books could be considered subversive...Much of Jackson's writing is a weird, rich brew, and Franklin captures its savor.--Seth Lerer "San Francisco Chronicle"

[Shirley Jackson: A Rather Haunted Life] represents the latest and most concerted attempt to reclaim the writer's reputation. It's also a fresh effort to frame her as an artist with extraordinary insight into the lives, the concerns, and--above all--the fears of women...Gender is not the only prejudice that has kept us from acknowledging the brilliance of Shirley Jackson, but Franklin's biography is a giant step toward the truth.--Laura Miller "Slate"

A Shirley Jackson biography seems especially timely today, even though Jackson, as with many of her stories, remains somewhat mythically timeless....Franklin's is both broader in scope and more measured in its analysis....[A] masterful account.--Jane Hu "New Republic"

Comprehensive...Jackson's lifelong interest in rituals, witchcraft, charms and hexes were, Franklin convincingly maintains, metaphors for exploring power and disempowerment...Franklin situates Jackson's conflicted relationship with coercive postwar US domesticity within the context that would give rise in 1963 to Betty Friedan's attack on 'the feminine mystique'...[A] sympathetic and fair-minded biography.--Sarah Churchwell "The Guardian"

Franklin is a conscientious, lucid biographer, and her book is never less than engaging.--Blake Bailey "Wall Street Journal"

Franklin's research is wide and deep, drawing on Jackson's published and unpublished writings including correspondence and diaries, as well as interviews....Franklin has shown the interplay between the life, the work, and the times with real skill and insight, making this fine book a real contribution not only to biography, but to mid-20th-century women's history.--Katherine A. Powers "Chicago Tribune"

Masterful...Taut, insightful, and thrilling, in ways that haunt, not quite as ghost story, but as a tale of a woman who strains against the binds of marriage, of domesticity, and suffers for it in a way that is of her time as a 1950s homemaker, and in a way that speaks to what it means to be a writer, an artist, and a woman even now.--Nina MacLaughlin "Boston Globe"

Ruth Franklin's sympathetic and masterful biography both uncovers Jackson's secret and haunting life and repositions her as a major artist whose fiction so uncannily channeled women's nightmares and contradictions that it is 'nothing less than the secret history of American women of her era.'--Elaine Showalter "Washington Post"

This meticulous biography tackles the work of Shirley Jackson with the kind of studied seriousness some might give to a male titan of history like Robert Moses. And thank goddess for that, as Ruth Franklin wisely rescues Shirley Jackson from any semblance of obscurity. Despite her well-documented magnetism (and dalliances in the dark arts) Jackson's work was often dismissed as mere genre nonsense or, worse yet, women's fiction and Franklin's sensitive, witty and rigorous work makes an airtight case for just why this isn't right. The ire Jackson's short stories inspired in New Yorker readers is only a hint of the drama and intensity that characterized her short but beguiling life, with Franklin captures with a hefty dose of wit and suspense. One of the best literary biographies I've ever encountered.--Lena Dunham

To truly reclaim a legacy, it generally helps to have a big, penetrating biography, one that takes into consideration everything that's come before and pushes forward a new and improved interpretation. Ruth Franklin's excellent Shirley Jackson: A Rather Haunted Life is all that and more...Franklin proves to be a supple biographer.--Kate Bolick "Bookforum"

With this welcome new biography Franklin makes a thoughtful and persuasive case for Jackson as a serious and accomplished literary artist. . . . [Franklin] sees Jackson not as an oddball, one-off writer of horror tales and ghost stories but as someone belonging to the great tradition of Hawthorne, Poe and James, writers preoccupied, as she was, with inner evil in the human soul.--Charles McGrath "New York Times Book Review"

A biography that is both historically engaging and pressingly relevant, Ruth Franklin's absorbing book not only feelingly creates a portrait of Shirley Jackson the writer but also provides a stirring sense of what it was like to navigate (and sometimes circumvent) the strictures of American society as a wife, mother, artist, and woman.--Meg Wolitzer, author of The Interestings

A perfect marriage of biographer and subject: Ruth Franklin's portrait of Shirley Jackson restores to her rightful place a writer of considerable significance, and draws a rich intellectual portrait of the age.--Claire Messud, author of The Woman Upstairs

Franklin's biography takes us beyond the chilling stories that made Shirley Jackson's name into the dilemmas of a woman writer in the 1950s and '60s, struggling to make a career between the pressures of childcare, domesticity, and her own demons. It's a very modern story, and a terrific read.--Mary Beard, author of SPQR

Ruth Franklin has written the ideal biography of a figure long and unjustly neglected in the history of twentieth-century American literature. By restoring Shirley Jackson to her proper stature as one of our great writers, Franklin has in a stroke revised the canon.--James Atlas, author of Bellow: A Biography

Ruth Franklin is the biographer Jackson needed: she tells the story of the author in a way that made me want to reread every word Jackson ever wrote.--Neil Gaiman

With her account of an emblematically American literary life, Ruth Franklin reminds us that her subject was far more than the writer of classy ghost stories. On the contrary, Shirley Jackson was the harbinger of profound upheavals both societal and literary. This is a brilliant biography on every level, but it is especially astute on Jackson's ground- and genre-breaking work, which I will now reread immediately.--Tom Bissell, author of Apostle

Ruth Franklin is a book critic and frequent contributor to The New Yorker, Harper's, and many other publications. A recipient of a New York Public Library Cullman Fellowship and a Guggenheim Fellowship, she lives in Brooklyn, New York.

4.5 out of 5 stars
4.5 out of 5
257 global ratings
How are ratings calculated?
To calculate the overall star rating and percentage breakdown by star, we don’t use a simple average. Instead, our system considers things like how recent a review is and if the reviewer bought the item on Amazon. It also analyses reviews to verify trustworthiness.

Rowena F
5.0 out of 5 stars Brilliant biography of a complex woman
Reviewed in the United Kingdom on 15 March 2017
Verified Purchase
I have been a huge fan of Shirley Jackson since I first read "The Haunting of Hill House" as a teenager and am often amazed that she isn't more widely read. Ruth Franklin's biography is a fascinating, well-researched book that brings illumination to the woman behind many quirky and macabre novels and stories. The woman who emerges is at least as complex as any of her heroines. It is also an insightful study of the way women writers were (and in many ways still are) marginalised by their male contemporaries. I just hope this leads to a resurgence of interest in her work.
Read more
12 people found this helpful
Report abuse

Client d'Amazon
4.0 out of 5 stars Terrific book. Well written and researched.
Reviewed in the United Kingdom on 7 December 2020
Verified Purchase
Shirley Jackson was unknown to me but this book hooked my interest. The author takes us through SJ's life and uses the sequence of published work to develop the story. Jackson was a troubled person who channeled her distress into taut, beautifully observed stories. She raised 4 children with a difficult husband and buried her anger to the detriment of her health. The book portrays a fascinating woman and even if you never read her work the boigraphy is excellent. Only downside was occasional long lists of names which clog things up.
Read more
Report abuse

robbo
1.0 out of 5 stars Poor quality
Reviewed in the United Kingdom on 30 March 2021
Verified Purchase
Very odd pages very rough for £25 I would expect better quality it also has a rip on the cover as this is a birthday present for the 8th April can this be rectified
S Robinson
Read more

1.0 out of 5 stars Poor quality
Reviewed in the United Kingdom on 30 March 2021
Very odd pages very rough for £25 I would expect better quality it also has a rip on the cover as this is a birthday present for the 8th April can this be rectified
S Robinson

Sanda Ionescu
5.0 out of 5 stars Perfect for fans of the author
Reviewed in the United Kingdom on 22 January 2018
Verified Purchase
Just wonderful, sensitive, thoughtful and reads like a novel. I was utterly immersed in it for a week.
Read more
Report abuse

Monica Kulling
5.0 out of 5 stars Five Stars
Reviewed in Canada on 25 February 2017
Verified Purchase
Loved this book!
Read more
Report abuse
See all reviews
Back to top
Get to Know Us
Make Money with Us
Let Us Help You
And don't forget:
© 1996-2021, Amazon.com, Inc. or its affiliates