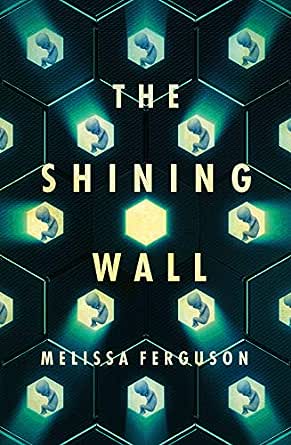 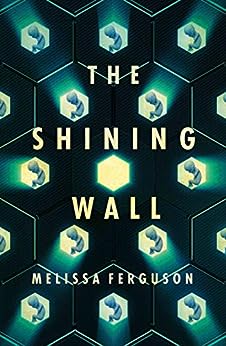 Clara Redman
4.0 out of 5 stars Scary vision of the future
Reviewed in Australia on 26 August 2019
Verified Purchase
The characters in this are wonderful, and the post-apocalyptic dystopian scenario all too likely. Yay for the neanderthals! read and enjoy if you like intelligent, feminist, sassy dystopias complete with heart.
Read more
Helpful
Comment Report abuse

Jennifer Cameron-Smith
TOP 10 REVIEWER
5.0 out of 5 stars ‘She loved Mum, but there was only so far love could take you in life.’
Reviewed in Australia on 28 January 2020
In this ruined world, the shining wall protects the haves from the have-nots. Inside the wall, wealthy humans live their long and privileged lives, supported by technology and cloned Neandertals. And by services provided by women living outside the wall. Outside the wall, in the demi-settlements, where poverty and disease are rampant, people must scavenge for food and other essential supplies. They also need to avoid the ever-present security forces. Avoidance is difficult when so much of life is controlled by OmniScreens and implanted microchips.

This is where Alida (aged 17) and Graycie (aged 5) live, with their mother. Until they are orphaned. Then their already difficult lives become more challenging. Alida can make money, if she sells her body. They meet Shuqba, a cloned Neandertal, posted outside the city. Shuqba is under strict orders, which she struggles to align with her feelings. Shuqba helps Alida and Graycie.

‘Everything was a transaction to them. If the cost exceeded their benefit, there was no point.’

Graycie becomes ill. Desperate to save her life, Alida makes a decision which separates them.

I quickly became immersed in the awfulness of this dystopian world. It’s not hard to imagine a world in which implanted microchips and software controls lives. It’s not hard to picture a world in which a privileged minority control the majority. It’s even easier to relate to a world in which a wall divides the haves from the have-nots. But this novel, with its details of everyday life and its descriptions of power struggles makes what should (just) be fiction unsettlingly close. People harvested for organs, women being used to incubate children for the privileged are real, even if cloned Neandertals are not (yet).

‘What were security and comfort if you had no control over your own body?’

For me, this was a story that I could not put down. I wanted to know how it would end. I wanted …

The Shining Wall is told from multiple points of view which are brilliantly written. From the very start of each chapter I knew who I was with as the language varied wonderfully between them.

Voices from the mega-wealthy - the Citizens - have been omitted from The Shining Wall. We only ever see glimpses of them, through the eyes of the less fortunate. It's clear, however, that nobody in this system is happy. While the Citizens have great wealth which gives them a comfortable existence, they still must abide by the oppressive rules prescribed by LeaderCorp. To break the rules is to risk exile to the Demi-Settlements.

The Shining Wall is a great reminder that what people really want is safety, sustenance, human connection and relative autonomy. A life that's lacking in any of these is bound to turn sour after enough time.
Read more
Helpful
Comment Report abuse
See all reviews from Australia

Dave Fibrizzi
5.0 out of 5 stars Fresh new voice, give us more!!!
Reviewed in the United Kingdom on 3 May 2019
Verified Purchase
Gripping, I couldn't put it down. Such a fresh take on this genre. I want to know more about all the characters. I hope there are more books. Must read!!
Read more
One person found this helpful
Helpful
Sending feedback...
Thank you for your feedback.
Sorry, we failed to record your vote. Please try again
Report abuse