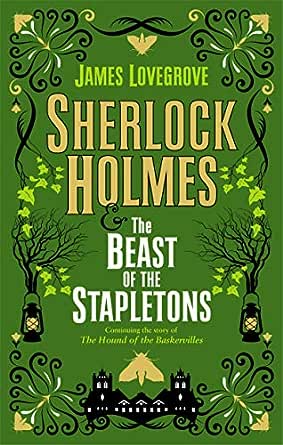 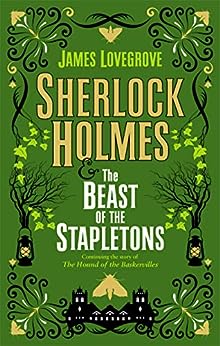 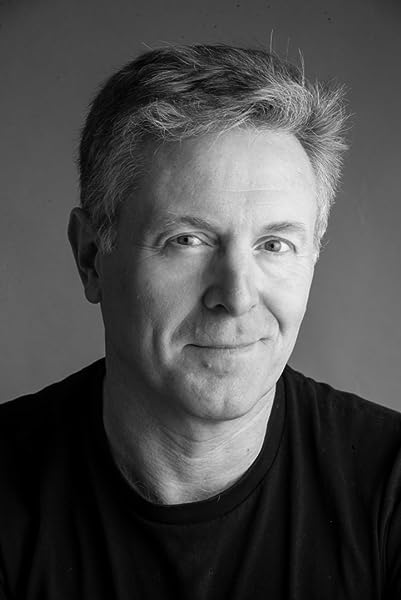 This artful inversion of the structure of Conan Doyle's novel will please Sherlockians
-Publishers Weekly The latest pastiche by the author of Sherlock Holmes: The Devil's Dust is a clever follow-up to The Hound of the Baskervilles. The language, characters, and pacing is accurate enough to satisfy even hard-core Holmes fans. -Library Journal "A wonderful addition to the Sherlock Holmes canon, extrapolating cleverly from the original oeuvre to present something fresh and absorbing for the modern reader" - Criminal Element "Packed with familiar faces and places but with a fresh twist, this is a novel perfectly suited to classic Holmes fans" - The Crime Review "Lovegrove has crafted a true page-turner... The novel reads as a classic Sherlock Holmes tale yet has a subtle modern flare to it" - Fangirl Nation "Lovegrove has a great voice for Sherlock Holmes" - Girl Who Reads "Entertaining and foreboding" - Reviewing the Evidence "Mystery excellence that should be on everybody's reading list" - RisingShadow --This text refers to the hardcover edition.

James Lovegrove is the New York Times bestselling author of The Age of Odin. He was short-listed for the Arthur C. Clarke Award in 1998 and for the John W. Campbell Memorial Award in 2004, and also reviews fiction for the Financial Times. He is the author of Firefly: Big Damn Hero with Nancy Holder and Firefly: The Magnificent Nine, and several Sherlock Holmes novels for Titan Books. He lives in south-east England. --This text refers to the hardcover edition.

4.3 out of 5 stars
4.3 out of 5
123 global ratings
How are ratings calculated?
To calculate the overall star rating and percentage breakdown by star, we don’t use a simple average. Instead, our system considers things like how recent a review is and if the reviewer bought the item on Amazon. It also analyses reviews to verify trustworthiness.

fantasychild
5.0 out of 5 stars Basil Rathbone
Reviewed in the United Kingdom on 4 December 2020
Verified Purchase
He gives Conan Doyle a great compliment. The story, while reminiscent of the 'Hound' twists and turns and in my mind I could see Basil Rathbone puzzling and pondering. I would recommend to all lovers of the great detective.
Read more
One person found this helpful
Report abuse

Jean Slavin
5.0 out of 5 stars Great read.
Reviewed in the United Kingdom on 15 October 2020
Verified Purchase
A worthy sequel to the hound of the baskervilles.well done Mr lovebirds not Doyle but close.
Read more
Report abuse

Nick McCormack
2.0 out of 5 stars Rubbish.
Reviewed in the United Kingdom on 29 October 2020
Verified Purchase
This is the most contrived story that I have had the misfortune to read in many a day, the only thing missing is the revelation that Moriarty was Mrs. Hudson's love child.
Read more
One person found this helpful
Report abuse

Sinjin
3.0 out of 5 stars A dismal ending to many beloved characters
Reviewed in the United States on 24 January 2021
Verified Purchase
I was looking forward to revisiting Baskerville Hall and spending more time on the moor but unfortunately,
this sequel is handled like so many sequels these days: with a harsh and heavy hand. Most of the original Devon
cast are laid waste to, and even the great Grimpen Mire is not spared; in an ecological disaster, it's drained!

I found all these events disturbing, and they greatly reduced my pleasure in reading the story. I also had trouble with the new character, Grier. Introducing an African-American Buffalo soldier into Victorian England had potential, and there's a slight head nod to some of the interesting social situations that might arise,
but overall, Grier is treated like another Watson. Even his expansive vocabulary and phrasing are identical to
Holmes's and Watson's, which stretched my suspension of disbelief to the breaking point. He had no real voice
of his own. This is a pity as Grier could still be portrayed as intelligent, steadfast, and resourceful without sounding like he attended a British finishing school. At the end of the day, he seemed totally unnecessary and a distraction.

In The Christmas Demon, I felt like the author did a great job of emulating Conan Doyle's style. That seems to
break down some here. One problem is that there is way too much exposition. Maybe a modern audience
needs this, but it felt too modern for the narrative. Holmes also tolerated WAY too much small talk. These,
along with Grier's excellent Westminster diction, took me a bit out of the story. As for the mystery, I was able to figure out what the somewhat ridiculous beast was immediately--granted, in Doyle's day, it might
have been harder, so I'll let this pass. The real villain was also fairly easy to guess, especially about halfway
through the book. This is partly due to the book being a sequel, which narrowed down the suspects.

Despite this whingeing, this is an enjoyable enough read and it makes up for the main weakness of the original Hound, which is the absence of Sherlock Holmes through much of it (this may be why Grier was needed, so Watson could take his turn at staying in London, though this was completely pointless to the story). Lovegrove does a good job with Holmes's "voice," and can come up with good observations for Holmes to impress Watson and advance the case. He also does a good job of getting Holmes & Watson away from Baker Street and into more exotic locales, which is probably wise when writing for a modern audience. But at the end, the villains were hard to swallow, and made for a sad resolution to one of Doyle's greatest stories.

Rory Coker
3.0 out of 5 stars A wild adventure for Holmes and Watson, that may annoy some readers
Reviewed in the United States on 15 November 2020
Verified Purchase
In this adventure, we range from the dismal moors near Baskerville Hall, to the dense up-river jungles of Costa Rica. The writing style is not a good simulation of that of the canonical Watson, and the recorded events generally verge on the highly implausible. Despite two big red herrings dragged across the narrative, I easily guessed the main villain about halfway along in the novel, which is not a good sign. However, the author borrows a plot device found in almost every one of the classic DOC SAVAGE pulp novels, in order to double the number of villains at the last moment. I think the wild and outlandish goings-own may well offend many fans of the canonical Holmes and Watson adventures, but others will probably take them in stride. Just be aware, we are about as far from gaslit London as one can get.
Read more
Report abuse
See all reviews
Get FREE delivery with Amazon Prime
Prime members enjoy FREE Delivery and exclusive access to movies, TV shows, music, Kindle e-books, Twitch Prime, and more.
> Get Started
Back to top
Get to Know Us
Make Money with Us
Let Us Help You
And don't forget:
© 1996-2020, Amazon.com, Inc. or its affiliates