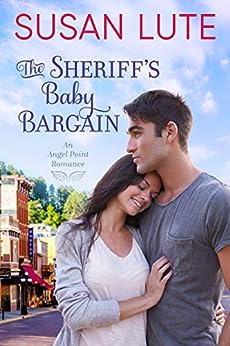 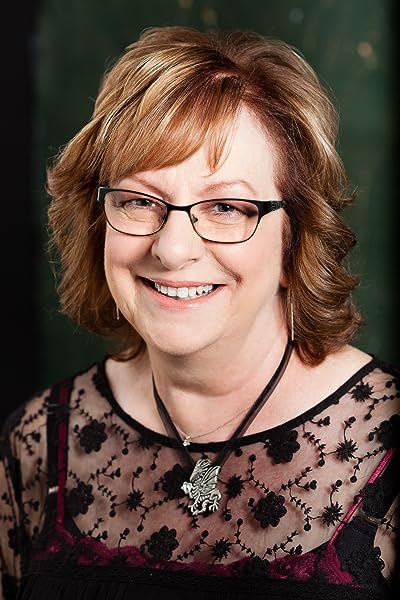 A multi-published traditional and Indie author. Susan Lute's debut novel, Oops...We're Married? was a Reader's Choice nominee and Holt Medallion Finalist. She is first and foremost a wife, mother, sister, daughter, friend, and dreamer. She is an ardent student of human nature, and loves ancient history and myth.

She doesn't remember thinking... someday I'll grow up to be a writer. That didn't come until much later, after her first publication - a little known article for Listen Magazine titled, Jessie's Choice.

Other things you should know - she is the oldest child of a military family; she's traveled far, but has never been to Hawaii, Paris, or Crete, an omission she hopes to correct soon; her favorite places in the whole world are New York City, Sedona (Arizona), Ouray (Colorado), and Bath (England).

These days, she writes whenever she can. In between she works as a Registered Nurse, reads, gardens, takes black-and-white photos, travels, and remodels her house. Currently she is working on the second novel in her Dragonkind Chronicles, and dreaming up a new urban fantasy.

4.4 out of 5 stars
4.4 out of 5
783 global ratings
How are ratings calculated?
To calculate the overall star rating and percentage breakdown by star, we don’t use a simple average. Instead, our system considers things like how recent a review is and if the reviewer bought the item on Amazon. It also analyses reviews to verify trustworthiness.

Toots Sullivan
TOP 500 REVIEWER
3.0 out of 5 stars Nice enough
Reviewed in Australia on 13 November 2020
Verified Purchase
It was indeed a nice enough story with an enchanting group of main characters in the small coastal town where everything is magical and wonderful. But babies don’t gurgle when they are less than a day old, and other things like that including a paediatric doctor to scared to live and love fully after having childhood leukaemia and is infertile is unreasonable, and untrue and if you can study hard enough to become a specialist doctor, you can put aside childish worries and get on with life. Some major parts of the book were just make believe, and a bit hard to swallow. I don’t see how adults cannot talk to eachother about how they feel.
Read more
Helpful
Report abuse

joy m johnson
4.0 out of 5 stars New author for me
Reviewed in Australia on 23 October 2021
Verified Purchase
An enjoyable story. The type to read after reading some action books.
Read more
Helpful
Report abuse

Deb from Oz
TOP 50 REVIEWER
5.0 out of 5 stars A great start to a new series
Reviewed in Australia on 21 April 2020
This is a heartwarming sweet romance that will draw you in and keep you engaged until the last looking forward to more in this series

Both Dr. Gabriel Adams and Taylor James have past that shape their future He suffered from childhood leukaemia and won't allow himself to love as he is afraid he won't always be in remission. She has followed the family business and become a US marshal though she is currently on lave and acting as Angel Points Sheriff she has problems dating as the moment men find out her job they can't get away fast enough. She is the tenant in one side of the duplex that Gabe owns. She asks him for dating advise and he needs her help when a baby is left on his doorstep Can they both let down their walls and realise what is actually between them and can they allow themselves a future together

Rosie
TOP 100 REVIEWER
5.0 out of 5 stars A well written small town romance that draws you in from page 1.
Reviewed in Australia on 12 November 2020
Verified Purchase
If this first story is anything to go by, I will be returning to Angel Point for more!
Two complex characters: Handsome Gabe Adams is the town's obstetrician and a serial dater. The reason for no serious relationships is due to his childhood cancer, fertility issues and the risk of recurrence. He is also landlord to the woman living in the other side of his duplex, Sheriff Taylor James. She's here from Portland in a temporary role with a chance to make it permanent or go back 'home' and rejoin the US Marshalls.
When Taylor seems to have one disastrous date after another, Gabe offers her dating tips. If only these two would forget about all the cons and act on their mutual attraction.
When a teenage mother leaves town without a trace and her tiny girl in Gabe's care, he doesn't know what's best to do. Keep baby Rose? Adopt her out? Consider a life with Taylor?
And what of Taylor's choices? Leave town? Or stay and fight for Gabe and Rose?
Read more
Helpful
Report abuse
See all reviews

Angie Hackett (Stormageddon)
4.0 out of 5 stars Ok read.
Reviewed in the United Kingdom on 5 October 2021
Verified Purchase
This was largely a good read, it certainly had charming moments. The characters were interesting and the plot was solid enough. Gabe, by the end, came across as more of a prick than anything else. It seemed all he wanted to do was throw tantrums all the time.
Read more
Report abuse

MsMerylB
4.0 out of 5 stars Sweet.
Reviewed in the United Kingdom on 12 October 2021
Verified Purchase
A sweet and lovely story that really pulled at my heart strings. Gabe and Taylor help young Daisy out during labour, and look after Baby Rose for a period of time. Baby Rose helped so many hearts heal.
Read more
Report abuse

val brim
4.0 out of 5 stars Warm and mushy
Reviewed in the United Kingdom on 6 August 2021
Verified Purchase
Again a nice little book
It shows love 💘and being scared to show love we have to think outside the box to get a romantic ending
Read more
Report abuse

Amazon Customer
5.0 out of 5 stars good
Reviewed in the United Kingdom on 5 January 2021
Verified Purchase
good
Read more
Report abuse
See all reviews
Back to top
Get to Know Us
Make Money with Us
Let Us Help You
And don't forget:
© 1996-2021, Amazon.com, Inc. or its affiliates