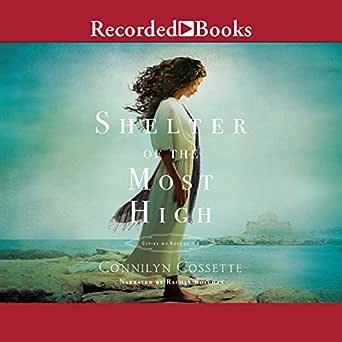 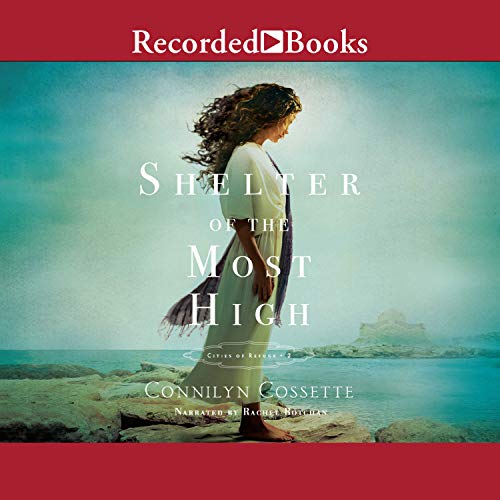 Shelter of the Most High: Cities of Refuge, Book 2

4.8 out of 5 stars
4.8 out of 5
193 global ratings
How are ratings calculated?
To calculate the overall star rating and percentage breakdown by star, we don’t use a simple average. Instead, our system considers things like how recent a review is and if the reviewer bought the item on Amazon. It also analyses reviews to verify trustworthiness.

Vicky Dedda
5.0 out of 5 stars JUMPING INTO THE OLD TESTAMENT
Reviewed in Australia on 22 October 2018
Verified Purchase
Connilyn Cossette is one of my favourite authors her books never fail to hold me spellbound. Shelter of the Most High is no exception. If you want to transport yourself in to the Old Testament, to one of the Refuge Cities with beloved characters don't pass up this book. It is full suspense, romance, fierce loyalty, revenge, all woven together to show you a glimpse of what happened in the first years of the Israelites moving in to the promised land. This book makes me love God more which is such a bonus, you get to read a wonderful novel and along with that joy you come closer to the God you love. A book not to be missed by Christians and non-christians you will all love it.
Read more
One person found this helpful
Helpful
Report abuse

Fiction Aficionado
TOP 500 REVIEWER
5.0 out of 5 stars Couldn't stop turning the pages!
Reviewed in Australia on 12 October 2018
Connilyn Cossette never fails to deliver a riveting story, and each book she releases sees her more firmly entrenched on my ‘must read authors’ list. Not only are her stories fantastic reads, but I always come away from them feeling like I’ve gained new insight into the Old Testament, whether that be a better understanding of the cultural context or the way in which the Israelite laws and customs point forward to Christ.

It’s been fascinating learning about the Cities of Refuge through this series, especially since they’re only mentioned briefly in the Bible, but even more fascinating in this particular story was learning about the Israelites’ laws and customs from the perspective of an outsider—and the daughter of a pagan high priest, at that. It’s so easy to look at the Old Testament laws from our 21st Century perspective and write them off as harsh and barbaric, but seeing them through Sofea’s eyes gives you a whole new perspective, bringing out the compassion and mercy that balances God’s justice.

Not only are the historical details fantastic, but it’s impossible not to become emotionally invested in the characters’ lives. Compelling personal struggles, delicious romantic tension, and high-stakes suspense just begged me to keep turning the pages, and I very happily complied.

I can’t wait for the next book in this series!

I received a copy of this novel from the publisher. This has not influenced the content of my review, which is my honest and unbiased opinion.
Read more
Helpful
Report abuse
See all reviews

Avid Reader
5.0 out of 5 stars Stunning!
Reviewed in the United Kingdom on 12 October 2018
Verified Purchase
I so love this author's writing style, how she makes the biblical times easy to relate to for us living in the 21st century. A stunningly beautiful story of abiding love - the love of a father for a son, spouses for each other - and a beautiful story of falling in love. It is also a story of abounding mercy and grace. Great lesson that when God forgives, He really does forgive and give grace. We don't have to keep carrying that burden.
A lot of research work must have gone into this writing which makes it even more beautiful to read. If you are debating trying out this author please give her a go but start with book 1 of this series so you get some context for this story. You won't regret you did!!
Read more
2 people found this helpful
Report abuse

Yemi Ayo
5.0 out of 5 stars Another great one!
Reviewed in the United Kingdom on 25 August 2020
Verified Purchase
A great imagined story that helps one place the book of Numbers in some sort of context, but most importantly illuminates and signposts the existence of The Love of Christ, in the Old testament. Connilyn is a great writer. As opposed to most, she fleshes out endings and brings the reader to a logical conclusion whilst also leaving one with an assumption that the story is not really at an end but at a temporary impasse..
Read more
Report abuse

Trishk
4.0 out of 5 stars Another good read!
Reviewed in the United Kingdom on 28 August 2019
Verified Purchase
Connilyn has an amazing gift of bringing to life the old testament stories and way of God s chosen people. Characters you can believe in and strong story lines encased in biblical history.
Read more
One person found this helpful
Report abuse

Carole Cullen
5.0 out of 5 stars A book to buy.
Reviewed in the United Kingdom on 4 January 2019
Verified Purchase
Loved the book. For personal use.
Read more
Report abuse

Nikki Salt
5.0 out of 5 stars Amazing story and beautifully told
Reviewed in the United Kingdom on 28 November 2018
Verified Purchase
I just love this series as I am taken back in time to old testament times. Well written.
Read more
One person found this helpful
Report abuse
See all reviews
Back to top
Get to Know Us
Make Money with Us
Let Us Help You
And don't forget:
© 1996-2021, Amazon.com, Inc. or its affiliates