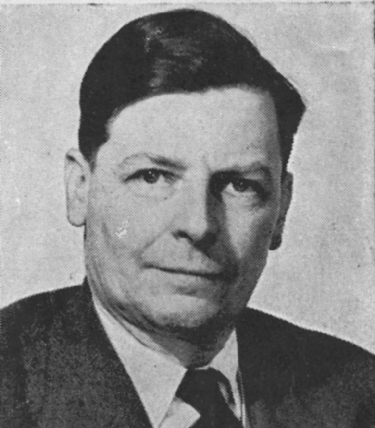 by Michael Innes (Author)
3.7 out of 5 stars 2 ratings
See all formats and editions
Sorry, there was a problem loading this page. Try again.

Michael Innes is the pseudonym of John Innes Mackintosh Stewart (30 September 1906 – 12 November 1994). Innes was a Scottish novelist and academic. He is equally well known for the works of literary criticism and contemporary novels published under his real name and for the crime fiction published under his pseudonym. Many devotees of the Innes books were unaware of his other “identity”, and vice versa.

Innes published nearly fifty crime novels and short story collections in his lifetime, but is best known for creating Detective Inspector Sir John Appleby of Scotland Yard, who eventually through the course of the later novels becomes Commissioner of the Metropolitan Police.

He attended Edinburgh Academy, and later studied English literature at Oriel College, Oxford. Having lectured in English at the University of Leeds from 1930 to 1935, he would then become Jury Professor of English in the University of Adelaide, South Australia. Once he returned to the United Kingdom he lectured at Queens, Belfast from 1946 to 1948. In 1949 he became a Student (Fellow) of Christ Church, Oxford. By the time of his retirement in 1973, he was a professor of the university. He died in Coulsdon.

“Confirms the fact that became clear in his first book, that Mr. Innes is in a class by himself among detective story writers.” – Times Literary Supplement

3.7 out of 5 stars
3.7 out of 5
2 global ratings
How are ratings calculated?
To calculate the overall star rating and percentage breakdown by star, we don’t use a simple average. Instead, our system considers things like how recent a review is and if the reviewer bought the item on Amazon. It also analyses reviews to verify trustworthiness.

1an b
3.0 out of 5 stars Very slow build- up.
Reviewed in the United Kingdom on 9 September 2021
Verified Purchase
Like many of Innes’s late books, this is a bit weak. The denouement is better than most, but the build-up is very slow, as Appleby wanders around the fete and nothing happens. As I’ve said in other reviews, the earlier Appleby books are much stronger and more interesting—pity.
Read more
Report abuse

ealovitt
5.0 out of 5 stars Snakes and Ladders
Reviewed in the United States on 30 April 2004
Verified Purchase
The plot of "Sheiks and Adders" (1982) might seem very similar to "Death by Water" (1968). In both novels, Sir John Appleby, retired Commissioner of the Metropolitan Police (New Scotland Yard) is invited to a new neighbor's outdoor fête and murder ensues. However, this time it is a charity masquerade at Drool Court, where an alarming proportion of the male guests are disguised as sheiks.
Sir John and his friend, Chief Constable Tommy Pride both arrive dressed as Robin Hood. Colonel Pride has received a mysterious request from the Foreign Office that he and his men should keep an eye on the affair, but he was not informed as to what the local police were supposed to be keeping an eye on. Appleby soon discovers that there is a genuine sheik, Emir Hafrait at the party, and furthermore he has been the target of numerous assassination attempts. Sir John's deduction concerning Colonel Pride's assignment is verified when one of the pseudo-sheiks is found on the archery range with an arrow through his back.
A herpetologist laden with grass snakes and adders wanders onto the scene. A bevy of nefarious Druids attempts to purify Drool Court, using the ancient ceremony of Perlustration. A local troop of Boy Scouts reenacts the relief of Mafeking. A hot air balloonist takes too many swigs out of his gin bottle and tumbles to the sward. All of these seemingly unrelated incidents come together in a quick, glorious, tongue-firmly-in-cheek finale.
Innes takes many delightful twists and turns in this farcical adventure. The only two minor problems I had with the story concern the herpetologist. He didn't seem to know that snakes are deaf, and he referred to Appleby's adventures in "The Seven Suspects" (1936) as having occurred at Oxford, when in actuality our serial detective solved this particular mystery at St. Anthony's College (which was admittedly modeled after Oxford). I honestly believe Innes worked the herpetologist into the plot just so he could include 'Adders' in his title.
Note to animal rights activists: no snakes were harmed in the construction of this plot, although the Druids do not share in the generally happy ending.
Read more
4 people found this helpful
Report abuse
See all reviews
Back to top
Get to Know Us
Make Money with Us
Let Us Help You
And don't forget:
© 1996-2022, Amazon.com, Inc. or its affiliates