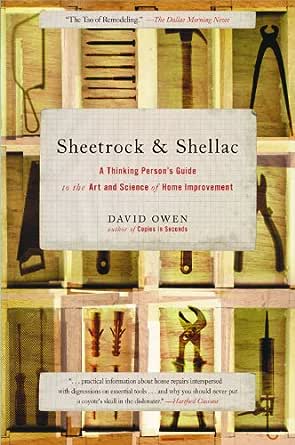 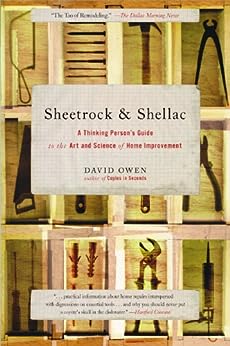 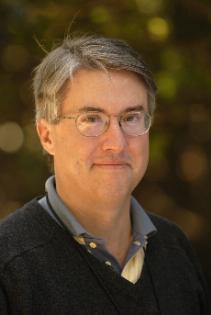 Sheetrock & Shellac: A Thinking Person's Guide to the Art and Science of Home Improvement Kindle Edition

David Owen plays in a weekly foursome, takes mulligans off the first tee, practices intermittently at best, wore a copper wristband because Steve Ballesteros said so, and struggles for consistency even though his swing is consistent -- just mediocre. He is a staff writer for The New Yorker, a contributing editor to Golf Digest, and a frequent contributor to The Atlantic Monthly. His other books include The First National Bank of Dad, The Chosen One, The Making of the Masters, and My Usual Game. He lives in Washington, Connecticut. --This text refers to an alternate kindle_edition edition.

S. A. Cartwright
5.0 out of 5 stars Our Old House
Reviewed in the United States on 5 November 2015
Verified Purchase
We’ve parked a copy of “The Walls Around Us” on our shelf since we bought our nineteenth century New England home several decades ago. Not only did we find this witty New Yorker author an amusing writer, we’ve been inspired to tackle lathe and plaster buttons solely because of his inquisitive “how does it work?” spirit and hearty DIY ethic. We've long remembered his house's mental breakdown in the initial months of getting to know its new owner. So true.

“Sheetrock & Shellac” comes much later, and dispenses one “Everyman’s” experience gained over a long period of owning not only one old home, but now learning how to build a new second home. Owen again puts his engaging, self-deprecating humor on display -- typically in sharing where his line lies between hiring help and doing-it-yourself. I read large chunks of the book to my wife, who many times shouted “See! See, I told you so,” attempting to discourage my efforts with a chainsaw. I would often shout back entire sections to her, “Aha! See, I am not alone in my schoolboy-like infatuation with underground PVC pipe!” Owen connects with anyone who owns a home, or wishes to improve any dwelling. Before you condemn the author of crass materialism, ask yourself honestly if you’d prefer bathing in the tub’s half-inch of cold, rusty water Owen finds in a drafty Scottish B&B, or in his walk-in heated-tile shower in leafy Connecticut? Is it materialistic to fully understand the physics allowing a modern commode to operate, or how to save many gallons of water with a low-flush model that actually works?

Problem-solving is on display, sometimes via the internet, late night cable TV ads, or a trip to the big box store. Often solutions involve writing a check to a tradesman, as Owen many times illustrates the economic advantages. How useful to read his thoughts, and his wife's, about desired elements of remodeling a kitchen! Unlike many how-to books, this author highlights the gotchas, the easily made mistakes, along with the successes. Projects don't take two hours to complete, but are most often started, stopped, come back to after other problems. Solutions are not linear, but many times arrived at by experiment and experience.

Sharing his wisdom, like a neighbor leaning across a fence, Owen's descriptions (not detailed instruction) hanging sheetrock, pouring concrete, cleaning gutters, or selecting shellac inspire. (Helpfully, he includes vendor and product information in his end-notes.) I am nudged along and headed down to our field stone foundation with trowel in hand to tackle a long-avoided project.

“Sheetrock & Shellac” is a great gift for your neighbor.
Read more
One person found this helpful
Report abuse

RR
5.0 out of 5 stars Should be titled: Interesting and Beautifully Written
Reviewed in the United States on 15 July 2006
Verified Purchase
I have been a DIYer for 25 years and found nearly every page of Owen's book engaging. Too, I learned a tremendous amount, a bonus I frankly wasn't expecting. Owen is a gifted writer who understands the poetry of things, and I highly recommend this book to anyone who loves home improvement or who wants to understand how the structures we live in work.
Read more
5 people found this helpful
Report abuse

The Ranger
5.0 out of 5 stars Owen Makes You Want to Do It
Reviewed in the United States on 22 August 2006
Verified Purchase
Geesh, by the time I was midway through this I was ready to renovate my bathroom on my own until I came to my senses. Still, this is an engaging, informative, and witty book full of exquisite writing. I loved it.
Read more
4 people found this helpful
Report abuse

Jessica P
5.0 out of 5 stars Five Stars
Reviewed in the United States on 22 April 2018
Verified Purchase
perfect
Read more
Report abuse
See all reviews
Get FREE delivery with Amazon Prime
Prime members enjoy FREE Delivery and exclusive access to movies, TV shows, music, Kindle e-books, Twitch Prime, and more.
> Get Started
Back to top
Get to Know Us
Make Money with Us
Let Us Help You
And don't forget:
© 1996-2020, Amazon.com, Inc. or its affiliates