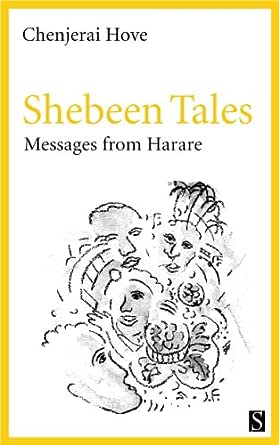 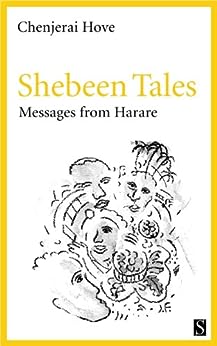 'An intimate — occasionally painful — look at his own land ... his observations about women and their place in Zimbabwean culture are particularly incisive.'
Publishers Weekly

' … it is lightness of touch which carries his points about the unfulfilled promises of independence far more powerfully than rage or the dour functionality of political language ever can.'
Weekly Mail & Guardian (Johannesburg)

Throughout southern Africa, shebeens are where jokes are born, news is embellished and exchanged. They are unique vantage points where men go after a day's work, both to escape from the troubled world around them and to observe and comment on it. In Shebeen Tales, Zimbabwe's leading author offers a view of his country not from the privileged and insulated perspective of a well-heeled visitor, but that of the ordinary person who, with the help of dry wit and illegal beer, pokes fun at the rich and mighty. Struggling against madcap motorists, pompous bureaucrats and the other woes of life in the city, the man in the shebeen sees modern Africa as it really is, not as press releases or tourist brochures would have us believe. Hove looks straight in the eye of a society suffering from AIDS, drought and economic hardship, but does not succumb to despair. With a wry sense of humour, he celebrates a people who live life to the full, laugh and sing, tell tall tales – whatever is thrown at them. In new pieces written for this edition, he discusses the vexed issue of homosexuality in Zimbabwe and also casts an amused eye at President Mugabe's wedding.
click to open popover

lisatheratgirl
5.0 out of 5 stars Hard to find, worth the wait
28 April 2001 - Published on Amazon.com
Verified Purchase
I learned of this book through reading Mr. Hove's editorials in the Zimbabwe Weekly Standard online. He is an outstanding writer and this book is a series of essays on Zimbabwean life in the 1990s. For anyone who is interested in what is happening there now, the book provides essential background. The country's problems are not new. It is often difficult for American readers to find books by contemporary African authors, and I highly recommend this one. I also recommend checking out Zimbabwe's independent papers on the Web: The Standard, the Daily News, the Independent, and the Financial Gazette. Congress is now pushing through major legislation on Zimbabwe, and the U.S. press barely mentions the country. The British press focuses on limited aspects of the situation. Read what this author has to say, he knows what he's talking about.
Read more
5 people found this helpful
Go to Amazon.com to see all 1 reviews 5.0 out of 5 stars
Get FREE delivery with Amazon Prime
Prime members enjoy FREE Delivery and exclusive access to movies, TV shows, music, Kindle e-books, Twitch Prime, and more.
> Get Started
Back to top
Get to Know Us
Make Money with Us
Let Us Help You
And don't forget:
© 1996-2020, Amazon.com, Inc. or its affiliates