Usually dispatched within 1 to 4 weeks. 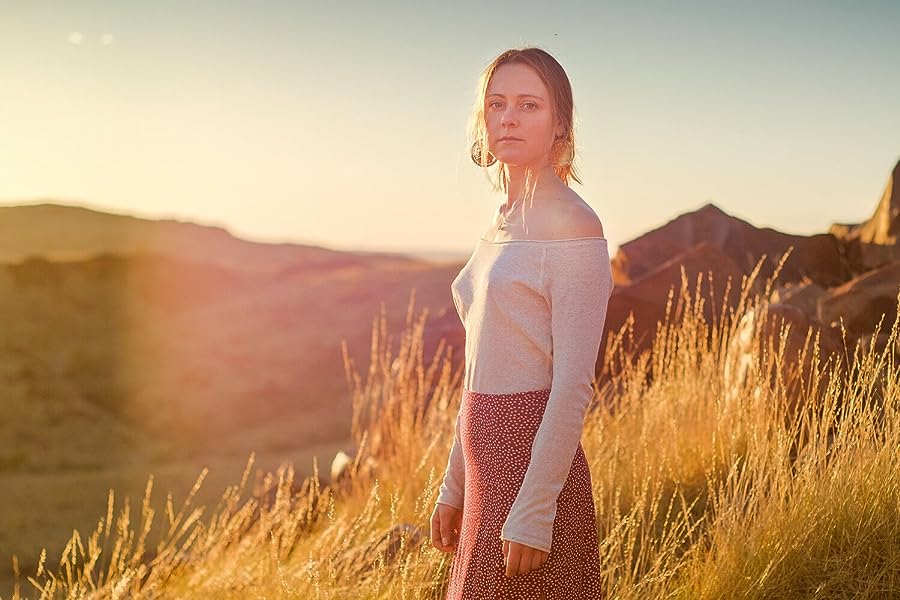 by Sita Bennett (Author)
5.0 out of 5 stars 3 ratings
See all formats and editions
Sorry, there was a problem loading this page. Try again.

"A tightly crafted and unputdownable story that explores the cycle of life and death and the idea of past life trauma in a very interesting, unique way.

I've never ready anything like it. Even though it's a fantasy, it helped me understand certain parts of my own psyche and experiences with unseen phenomena that I thought were outside of understanding.

The characters were complex, flawed and real, and written with a sense of honest emotionality and heart that made me feel like a part of their world and mystical quest. I also loved their connection with nature, and the way the writer used nature as the source of all magic." Goodreads Review

"I was given an advanced copy of this book for an honest review... and I LOVED IT! This book was more fast-paced than the first book I read by Sita Bennett. The characters appear almost dark and mystical, immediately drawing me in. Perfectly aimed at young adults with imperfect pasts (who's isn't?), who are walking toward a path of heart and truth!" Goodreads Review

"Gripping. Powerful. Filled with Eastern Wisdom. I LOVE the way the book crosses continents and explores different cultures. The Mystic cluster are all of different races and backgrounds, but connected by the same force of magic and purpose. From Australia to Taiwan, Iceland and Nepal. The different locations each bring a different essence and sense of aliveness which makes you feel like your travelling with them. The cluster are all element benders, fire, water, air, spirit, earth, and the entire book honours the power of nature in a really vivid way.

Ember, the lead character is a force of nature herself. She's determined, strong-willed and fiercely independent. She has a complicated past that she's running from, but learns to also be vulnerable through a beautiful, heart-opening romantic sub-plot with a smart, kind, hot Icelandic man. I could feel the power of her spirit through the pages and was left feeling so inspired by all her layers and depth.

There are many spiritual wisdoms and mystical truths weaved through-out the page-turning fantasy adventure for those who look. All the main characters are on some kind of spiritual journey and awakening of consciousness, which has made the book stay on my mind in a deeper way than other general fantasy novels.

Sita Bennett is absolutely my new favourite author. Her work is so unique, and I really hope others who like me, seek good spiritual and metaphysical fiction find her books! They are treasures that speak to my heart in a rare way." Goodreads Review

Start reading She Who Rose From Ashes on your Kindle in under a minute.

andy
5.0 out of 5 stars A gripping adventure layered with deep spiritual truths.
Reviewed in Australia on 19 September 2021
This will be another bestseller from Sita for young adults or anyone interested in a fantasy read rooted in actual core mystical (& how to live happily) secrets within a great story.

As a mentor of Truth & Happiness Seekers in real life, I was lucky enough to read the original draft and just finishing the released version after being given a copy.
It's a gripping adventure layered with deeper spiritual truths.

Sita Bennett writes from a place of very deep & direct spiritual understandings and shares that with her readers as an act of power, care & love.

She Who Rose From The Ashes predates Maya of the Inbetween by a few hundred years and untangle the struggle to save humans from.... (i can't say sorry)

Few know that Sita writes silently (thoughtlessly) and essentially these storylines burst out through her, she has to write to catch it all. It's much like a mystical character in one of her books & again she has left her heart on the table with this latest offering.

Within this book are deep understandings mystics have known (with added fantasy of course) and handed down or discovered independently in various parts of the world over Millenia and Sita herself embodies through years of dedication to a deeper truer life beyond ego.

She cares about her readers and their well-being and to me that makes these books or sharings of her beautiful soul so special for those lucky enough to discover them.
Read more
Helpful
Report abuse

Lucy
5.0 out of 5 stars My favourite Young Adult/Spiritual Adventure Author!! Could'nt put it down :D
Reviewed in Australia on 21 September 2021
I was given an advanced copy of this book for an honest review... and I LOVED IT! I could not put it down. Perfect for young adults (although I'm in my late twenties and still loved it). A fast-paced action/adventure novel, following a young, independent woman who is discovering her own power. It has the perfect splash of romance along with deep spiritual teachings woven through it. I honestly can't wait for more of Sita's books to be released, I feel excited for all those who are yet to read it!!
Read more
Helpful
Report abuse

Ava
5.0 out of 5 stars Powerful Beyond Words
Reviewed in Australia on 19 September 2021
This book! I haven't read in years but I was gifted this book and as soon as I picked it up I didn't want to put it down. Super engaging, fast-paced, strong characters, and most of all the content is just so valuable! The way Sita can weave powerful wisdom and ancient mysticism into her writing is second to none. A true GEM. I find my mind opening when I read She Who Rose From Ashes...
Read more
Helpful
Report abuse
See all reviews
Back to top
Get to Know Us
Make Money with Us
Let Us Help You
And don't forget:
© 1996-2021, Amazon.com, Inc. or its affiliates