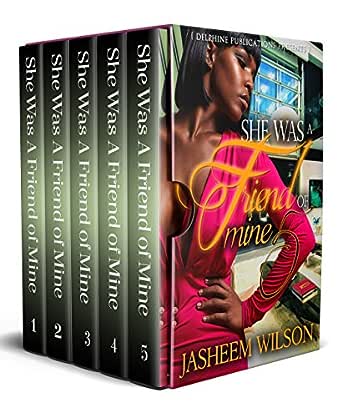 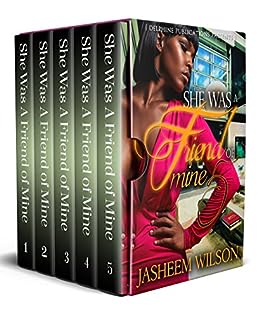 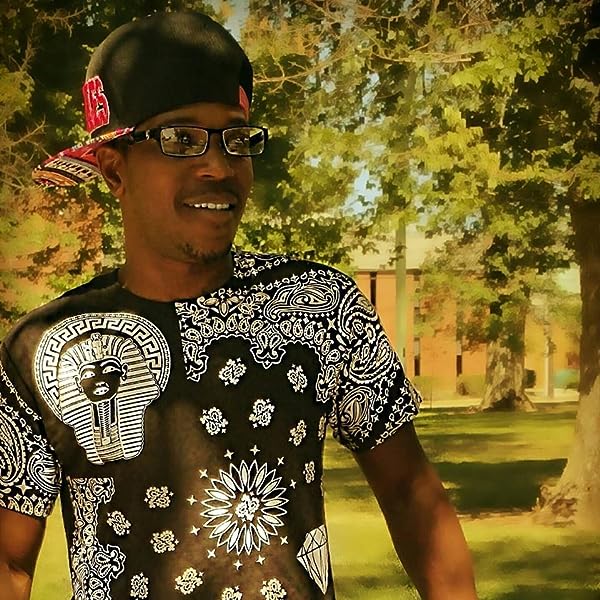 She Was a Friend of Mine: Part 1-5 (Box Set) Kindle Edition

In part one of the She was a Friend of Mine series, meet Scheyenne Henrietta Iverson, who grew up in East Palo Alto, California, where her mother kept the harsh realities of the world from her. At the age of twelve, the sheltered walls her mother worked so hard to construct come crumbling down when her family perishes in a mysterious fire on the same night her brother vanished without a trace. After several hard blows by life, Shi picks herself up time and time again. Years later, she unknowingly steps into a war zone of murder, lies, sex, drugs and money. Jasheem Wilson’s debut will have you guessing page after page and you will be wrong every time.
click to open popover

Rika
2.0 out of 5 stars Really
17 January 2018 - Published on Amazon.com
Verified Purchase
This book really had my interest in the first few books. But the author continued to drag on storylines, introduce new characters without fully evolving them, and never completed their story lines. Too many players were involved in the game towards the end with no obvious need. The book ended abruptly with so many untold stories leaving me to believe the author didn't know what direction he wanted to go in by the end.
Read more
13 people found this helpful

Regina T.
4.0 out of 5 stars Wow...
26 January 2018 - Published on Amazon.com
Verified Purchase
So unreal from beginning to the end . I read the entire series in 5 days. I just couldn't put it down. I would defiantly recommend this series. Never read anything from this author before, I must say I'm not disappointed. Can't wait to read more. She have you feeling like your one of the characters!! Shi have a lot going on she deserves to be happy, and have true love. The only reason it didn't get a 5 was due to errors. Besides that I truly loved the story it was REAL, real life circumstances, people who do have mental illness and what triggers it! Grrrrrrrreat job
Read more
5 people found this helpful

Heaven Sent22
3.0 out of 5 stars Good Writing
17 April 2018 - Published on Amazon.com
Verified Purchase
I was into the story up until the end, the ending was all over the place. After 5 books there is still a cliff hanger. I would like to see a happy ending for Shi; however, with all the confusion at the end, I am not in a hurry for the next installment.
Read more
6 people found this helpful

Thezeeyez7
5.0 out of 5 stars Unexpected juicy treat!! Applause for Jasheem Wilson
20 November 2015 - Published on Amazon.com
Verified Purchase
I had never heard of this author but was more than pleasantly surprised with this book. He definitely took me on an unexpected journey. The characters drew me in immediately and I felt an emotional connection from the start with both Freeman and Shi. Wilson was not intimidated with this being his debut novella. He tackled the issues of sexual violence, mental illness and family dysfunction with ease, compassion and a realistic paint brush. Dr richards also stands out as the heroine in this first book as well as MaMaw. He balances the aspects of good and evil well and dare I say; I didn't want this story to end. With the swipe of each page I found myself hoping I was nowhere near the final page. Purchasing book 2 is a must. This sequel can't disappoint me if it keeps the same pace and rhythm of this book.
I recommend this book to anyone who is open to a solid story filled with bits and pieces of a coming of age story of a young girl as she deals with tragedy, loss, trauma, love, betrayal and the hard truths of life for many...sadly. I wanted to give shi a hug and cheer for the bond between she and Vicky. Indeed rare among young women in friendships today. Kudos to you Mr Wilson. You have my attention. I look forward to completing the series and I wish you continued growth and personal success in your future writing endeavors. Some people write out of a false sense of being talented. Some write junk to make money. The grimier the book the better. Then, every now and then, you come across a hidden gem who is meant to do this literary thing. Mr Wilson I believe possesses that literary potential and talent. I couldn't believe he had less than 100 reviews!!
Keep putting pen to paper, keep expanding your creativity. I enjoyed this one!!!
Side note: This book was not inundated with profane language and overly explicit love scenes. There was a little of all of it. Peppered here and there. Tastefully done and well seasoned. If you've read Keyshia and Clyde by Karma Monae', these 2 books are along the same vein....page turners!!

Read more
One person found this helpful
Go to Amazon.com to see all 382 reviews 4.2 out of 5 stars
Get FREE delivery with Amazon Prime
Prime members enjoy FREE Delivery and exclusive access to movies, TV shows, music, Kindle e-books, Twitch Prime, and more.
> Get Started
Back to top
Get to Know Us
Make Money with Us
Let Us Help You
And don't forget:
© 1996-2020, Amazon.com, Inc. or its affiliates