Skip to main content
She Ain't The One: A Novel (Soulmates Dissipate Book 7) and over 1.5 million other books are available for Amazon Kindle . Learn more
Share <Embed> 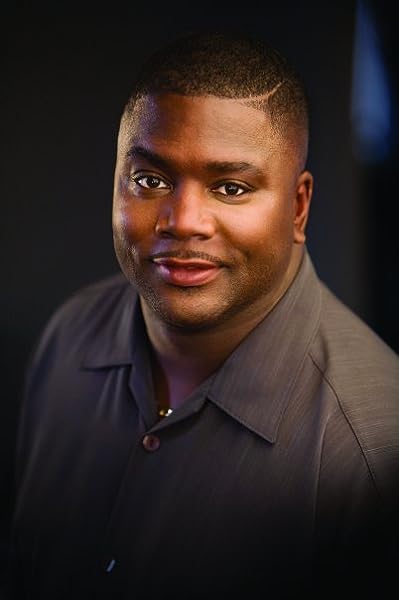 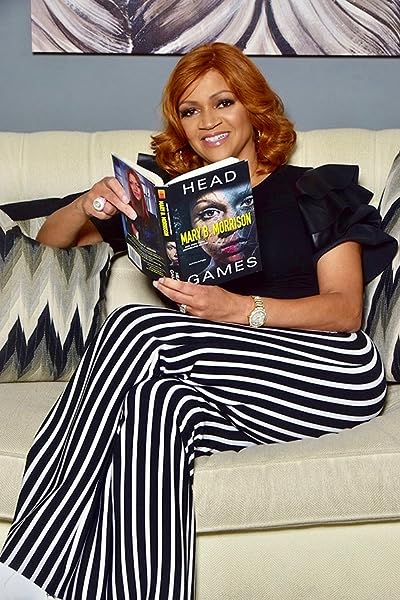 Page 1 of 1 Start overPage 1 of 1
Previous page
Next page
Start reading She Ain't The One: A Novel (Soulmates Dissipate Book 7) on your Kindle in under a minute.

Carl Weber is the New York Times bestselling author of The Preacher's Son, So You Call Yourself a Man, Something on the Side, Up to No Good, Big Girls Do Cry, Torn Between Two Lovers, and She Ain't the One. He is the Publisher and Editorial Director of Urban Books and CEO of Urban Books Media, which is currently producing films based on several of his bestselling novels. He lives in Long Island, New York, with his family. His Web site is carlweber.net. New York Times bestselling author Mary B. Morrison believes that women must shape their own destiny. Born in Aurora, IL, and raised in New Orleans, LA, she took a chance and quit her near six-figure government job to self-publish her first book, Soulmates Dissipate, in 2000 and begin her literary career. Mary is the originating founder of Healing Her Hurt, a nonprofit that helps women recover from abuse. In 2006 she sponsored the publication of an anthology written by 33 sixth-graders. In 2010 and 2014, Mary produced a play based on her novel, Single Husbands, which she wrote under her pseudonym, HoneyB. Her wonderful son, Jesse Byrd, Jr., is the owner of Oiseau.co, lives in Dubai, and is writing novels for young adults. Mary currently resides in Atlanta, Georgia. Visit Mary HoneyB Morrison on Facebook @therealmaryb, Twitter @marybmorrison, Instagram @maryhoneybmorrison, and at MaryMorrison.com.

4.5 out of 5 stars
4.5 out of 5
119 global ratings
How are ratings calculated?
To calculate the overall star rating and percentage breakdown by star, we don’t use a simple average. Instead, our system considers things like how recent a review is and if the reviewer bought the item on Amazon. It also analyses reviews to verify trustworthiness.

GarrettAJ
1.0 out of 5 stars Not worth one star
Reviewed in the United Kingdom on 27 December 2015
Verified Purchase
I returned this book for a refund. It is not worth the one star which is the lowest rating I am allowed to give it. To say that the two characters in the book are cardboard cut-outs is to flatter them. I would call this book pornographic, not because of the sexual antics they indulge in, but because the authors see nothing beyond the tactile and the visual. Jay and Ashlee see nothing in each other beyond their physical attributes and the instant pleasure they give each other. They have nothing behind what is visible or can be groped. Good eroticism is not an easy genre to write. It has a subtlety and a way of grabbing you when you least expect. This book is so far from it that it fell off the other end of the scale. As another reviewer has said, it is a sad comment on black writing!
Read more
Report abuse

Nyisha
3.0 out of 5 stars She Ain't the One
Reviewed in the United Kingdom on 1 February 2017
Verified Purchase
Purchased for reference purposes only.
Read more
Report abuse

Amazon Customer
5.0 out of 5 stars loved it
Reviewed in the United Kingdom on 26 May 2013
Verified Purchase
(SHE AIN'T THE ONE) BY WEBER, CARL(AUTHOR)Paperback Nov-2009  this book was a good read, Ashlee was one crazy chick, jay didn't know what he was letting himself in for, great storyline would recommend this book to any man or woman. Loved it
Read more
Report abuse

Sophie
4.0 out of 5 stars a must read
Reviewed in Germany on 2 May 2012
Verified Purchase
After a rocky marriage, irresistibly seductive Jay Crawford is ready for a new woman--and a new challenge. It doesn't take him long to discover both in one: Ashlee Anderson. With a face and body that scream sex, she's just what he's looking for--hard-to-get, feisty, and freaky. But he'd never suspect just how freaky...
What should've been a one-night stand extends into months of lovemaking that's too hot to give up and designed to burn him like never before. Jay knows she definitely ain't the one and he's got to get away from her before she completely destroys his life...

Great read, very entertaining! I loved the story, but hated the ending. The ending made me wonder would there be a sequel?
Read more
Report abuse

Denette Mitchell-Perez
3.0 out of 5 stars Story was OK (3 Stars)
Reviewed in the United States on 15 March 2017
Verified Purchase
This book was mediocre compared to other stories written by these two authors. Story started out very slow to me and I started to lose interest leading up to the first date. Once Ashlee's background was revealed, the story became more interesting.

Hope there is a sequel, because I'm interested in knowing how Miss Ashlee and Jay's situations turn out.
Read more
Report abuse
See all reviews
Back to top
Get to Know Us
Make Money with Us
Let Us Help You
And don't forget:
© 1996-2021, Amazon.com, Inc. or its affiliates