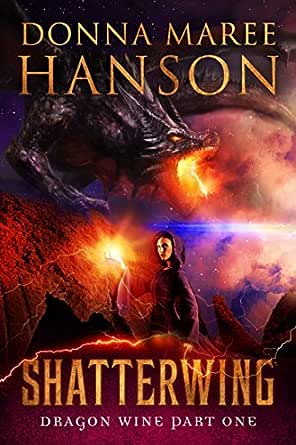 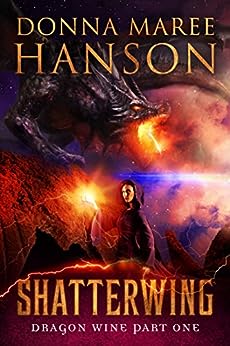 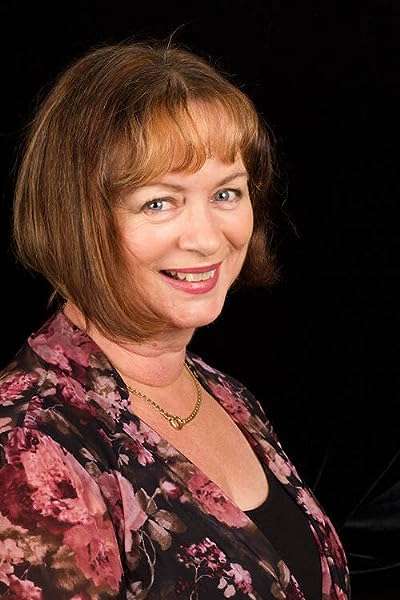 "Shatterwing has all the fantasy ingredients I love: tormented heroes, a truly twisted villain - and a brand new take on dragons!" Glenda Larke, (award winning author of The Stormlord Trilogy)

"Dark and compelling, with strong characters and a sense of grim inevitability that pulls you along with the story." Craig Cormick, (award-winning author of the Shadow Master Series.)

3.4 out of 5 stars
3.4 out of 5
35 global ratings
How are ratings calculated?
To calculate the overall star rating and percentage breakdown by star, we don’t use a simple average. Instead, our system considers things like how recent a review is and if the reviewer bought the item on Amazon. It also analyses reviews to verify trustworthiness.

Ross H
4.0 out of 5 stars Well worth reading
Reviewed in Australia on 12 August 2015
Verified Purchase
Shatterwing is a fantasy but there are also aspects which are closer to science fiction. Combining fantasy and sci fi is always a risky business as the two seem to be rather contradictory in nature, despite sci fi being a subset of the overall genre of the fantastic. To Donna’s credit, she has achieved a good balance between the two, something that in my experience few authors manage to do when attempting such a combination.

At the heart of any good story are the characters, their journey, their motivations etc. And Shatterwing certainly fits that mould. Two quite different protagonists in different lives find themselves drawn into circumstances that they most certainly did not want, a classic aspect of Campbell’s Hero’s Journey model of story telling. Well worth reading.
Read more
Helpful
Comment Report abuse

Nancy
5.0 out of 5 stars A great read
Reviewed in Australia on 9 August 2017
Great read! Full of villians and hope!! A mix of sci-fi and mythology! Can't wait to sink into book 2!!
Read more
Helpful
Comment Report abuse

Rebekah Frahm
5.0 out of 5 stars Great fantasy read
Reviewed in Australia on 9 December 2014
Shatterwing is a strong first story in a very dark fantasy series, setting up an incredible world with some rather nasty villains, warring factions, wild dragons and a juicy mythology.
Read more
Helpful
Comment Report abuse
See all reviews

K. Bridges
4.0 out of 5 stars An easy read
Reviewed in the United Kingdom on 24 January 2015
Verified Purchase
There are two moons on Magra, but one is not whole. When Ruel moon broke apart, it changed the planet irreversibly. Nils of the Hiem was exiled to spend 100 years asleep. Four thousand years later, he awakes to find everything is different. Meanwhile, Brill is sent to the prison vines as an assistant to Salinda. The vines produce grapes which are fertilised with dragon manure. Dragon wine is not all it seems and there are plenty of people who would like to get their hands on it. Nils, Salinda, Brill and others must work together to ensure they don't!

I like the premise of this book. I enjoy fantasy novels where most of the work is rooted in reality, it certainly helps me to have sympathy with the characters. Equally, I really liked a lot of the characters here. I found Nils particularly interesting, and even the not so nice people were well fleshed out and well described.

The one thing about this book that I did not like was that it is clearly not a whole story. It reaches a certain point and then stops dead. I started reading the next book immediately and it just picks up straightaway from where it was. "Shatterwing" is not a particularly long novel so I don't see why it needed to be divided into two and I did find that a frustration. Nevertheless, I have enjoyed reading it and will be continuing to read the rest of the story in however many books it comes in!
Read more
Report abuse

SAC
2.0 out of 5 stars Only read three
Reviewed in the United Kingdom on 27 September 2017
Verified Purchase
Definitely didn't grab my attention, only read three chapters, did not get them at all...
Read more
Report abuse

Fussy about Grammar
2.0 out of 5 stars Intriguing, but I won't be reading the sequels
Reviewed in the United States on 19 October 2017
Verified Purchase
I read this book because it was featured in the FREE offerings of the day and it looked interesting. I'm not reading the rest of the series because:
1. I don't like books that are split up into a series when (in my opinion) they are really just one book. This book tells the story for so many pages/words and then just stops with no resolution of any kind. It is no different than putting down a book I'm reading when I'm about half done with it and everything has been set up to look hopeless, and then left there. I don't even like books that wrap up the current story but go ahead and start the next one in the series in order to end with a cliff hanger. To my way of thinking, the writing should be good enough to encourage readers to go on to the next book. They shouldn't have to be pushed into it with a cliff hanger.
2. The graphic violence is relentless. It goes on and on and is so detailed. Someone who really gets off on horrible violence would no doubt enjoy it, but I don't see the purpose to make it so extreme and have so much of it.
3. The women all seem weak, what few there are. They are constantly being attacked by men and having to be rescued as they apparently have no imagination or skill to take care of themselves.

On the plus side, the setting is intriguing. I would like to know more background about the different groups of beings who have been introduced and the world in which they are living. The writing style makes it easy to visualize what's going on, and I'm curious about any connections that I expect exist between the different groups--the underground race (Heim), the "sundwellers", the "skywatchers". I think the whole idea has a lot of potential, and I would have loved to continue reading if it weren't for the negatives itemized above.
Read more
6 people found this helpful
Report abuse

I struggled reading this book, I kept putting it down, starting something else then I would have another crack at it.

So I have put off writing the review for a while so I could deliberate how to write this review.

So I have decided to split it into 3 parts:

With me struggling with it when I like to read Fantasy/paranormal I have come to the conclusion that part of the problem was the way its written. I think the Author has gone for a more complicated dialogue, I am assuming because its set on another world but the first part of the book and plot was often dragging, and not much is happening, other than the characters tending the vines or being tortured. I could only manage to read a chapter or two and then I would need to stop, and this leads me to part 2.

Well I wouldn't have said yes to reviewing this book if the plot line hadn't intrigued me - BUT and I know I am not the only reviewer that has expressed this... There is TOO MUCH RAPE in this book, its not necessary, and to be honest after the first passage I put the book down and didn't read it for another few days.

But I don't like not reading a book I have been given for free to review and I also needed to know what was going to happen, why Salinda was continuing at the vineyard, why she stuck up for Brill.

ALSO the synopsis doesn't tell you that there are actually 2 separate story lines in this book and when I got to Part 2 I finally got interested, and the writing style got much easier to read, maybe because now there was something happening other than brutality, rape and drudgery??

But all too soon, we end up with our MC's being captured and awaiting more heinous atrocity's to happen, and then we are left with lots of unanswered questions and needing book 2.

And onto part 3 of my review.

The Characters...
Salinda - our first character we get to know, shes surviving any way she knows how, but I still could not feel any empathy for her - in fact I couldn't get to feel anything for any character, which is very unusual for me.

Brill - he is the son of a Rebel leader, and honestly what the Author does to him was hard to read, but still I didn't feel anything for him.

The Guards and Inspector, the sadistic ruler of the prison vineyard, well he was as sadistic as you can imagine - and boy has the author got a vicious imagination when it comes to torturing and raping her characters, and I read Dark Romance books so I have read some dark stuff, but this was just Rape for Rapes sake, I feel that it was entirely unnecessary and the story could have been just as interesting if the Editor had cut out these scenes all together.

My favourite character - THE DRAGON! why Salinda didn't tell the dragon to eat The Inspector I do not know!

In Part 2 we meet Nils a long lost inhabitant of an underground city who had been imprisoned in a Cryo-sleep chamber and who wakes up thousands of years later instead of his actual prison term, he finds that his entire race is now extinct and sets off to find out what happened to the world while he slept, on his travels he meets Salinda and helps her.

We also meet Garan a 'Sky Watcher' who is tasked to rescues a girl (Laiden) that his order have deemed extremely important and needs to be brought to the Sky Watchers for the good of the world. Now these characters I got more into, for once the Fantasy of the lost civilization was described with more depth and feeling. But all too soon the story takes a more violent turn.

Overall, this was an okay book if you do not mind your fantasy with a good dose of Rape and constant violence against women and the weak, the World that the Author has described is a good setting for the fantasy to evolve on, but the constant violence to the main characters are enough not to make me give this book a 3 and I am not sure I want to read SkyWatcher.

Many thanks to Momentum for giving me the opportunity to read this book.
Read more
11 people found this helpful
Report abuse

Kindle Customer
1.0 out of 5 stars Teenage over-gore
Reviewed in the United States on 6 November 2017
Verified Purchase
The premise of worlds separated by eons as well as surface or subterranean lifestyles, and the possibility of a "higher being" made me keep reading till the end of this first book. However I won't be reading more. The gratuitous violence which every page is painted with, the treatment of women as sex objects, and the lack of any hope as a lure for the reader is just too exhausting. It all feels very teenager, very over the top power and lust and blood and aggression. I'd like to see the writers more mature writing as time passes. Good luck!
Read more
One person found this helpful
Report abuse
See all reviews
Get FREE delivery with Amazon Prime
Prime members enjoy FREE Delivery and exclusive access to movies, TV shows, music, Kindle e-books, Twitch Prime, and more.
> Get Started
Back to top
Get to Know Us
Make Money with Us
Let Us Help You
And don't forget:
© 1996-2020, Amazon.com, Inc. or its affiliates