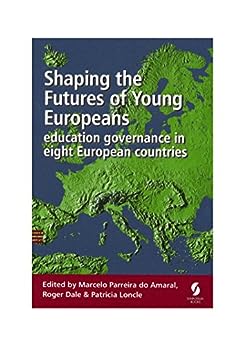 by Marcelo Parreira do Amaral (Editor), Roger Dale (Editor), Patricia Loncle (Editor) & 0 more Format: Kindle Edition
See all formats and editions
Sorry, there was a problem loading this page. Try again.
This book discusses how the ways that young people’s educational trajectories into and beyond lower secondary education are regulated can influence their future lives. It draws on the results of empirical studies in eight European countries: Finland, France, Germany, Italy, Netherlands, Poland, Slovenia and the United Kingdom (England and Northern Ireland), carried out under the EU-funded GOETE project. The book explores the different ways that educational trajectories are – actively or passively – conceptualised, negotiated and organised in the individual countries, and the ways that these shape educational opportunities and life chances. Its central aims are to elaborate the different ways in which educational trajectories are governed in the eight countries, and to compare the differences between those approaches and their outcomes in the eight countries. It focuses on the relationships between the different (national and local) forms and outcomes of interactions between collective and individual actors, structures, institutions, mechanisms, and discourses that exert influence on education policy and practice at various levels: inter- and trans-national, nation-state, regional, local or school levels.

The chapters are organised in two parts. Part One develops and discusses the conceptual framework that drove the empirical analyses of the governance of educational trajectories. Part Two discusses different ways in which the spatial/scalar, discursive and institutional dimensions of the governance of educational trajectories affect the educational experiences and life courses of the young people in the eight countries. These chapters focus on different aspects of those experiences, such as issues of access to and coping within educational settings, the role of parents and students in the processes and consequences of transitions, provision for supporting migrant students, and conceptions of the relevance of education. Overall, the comparative approach to governance adopted in the volume makes it possible to identify key sources and consequences of the similarities and differences of the approaches to, and practices of, educational transitions adopted in the eight countries.
Read more
Previous page
Next page