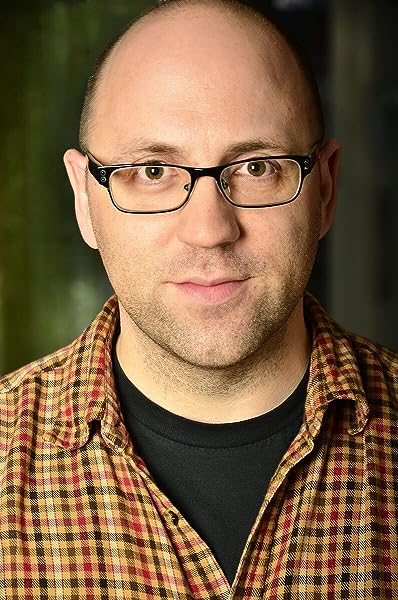 Page 1 of 1 Start overPage 1 of 1
Previous page
Next page
Start reading The Shape of Water on your Kindle in under a minute.

Guillermo del Toro, the famed director of Pan's Labyrinth, and celebrated author Daniel Kraus craft an otherworldly story set against the backdrop of Cold War-era America, soon to be a motion picture from Fox Searchlight.

Guillermo del Toro is the award-winning director of numerous critically acclaimed feature films, such as Pan's Labyrinth, Hellboy, and Pacific Rim, and the co-author (with Chuck Hogan) of the bestselling Strain Trilogy. He lives in California with his wife and two children.

Daniel Kraus has landed on Entertainment Weekly's Top 10 Books of the Year (2015 - The Death and Life of Zebulon Finch) and has won two Odyssey Awards (for Rotters and Scowler). His novels have been Library Guild selections, YALSA Best Fiction for Young Adults picks, Parent's Choice Gold Award winners, Bram Stoker finalists, and more. He co-authored Trollhunters with Guillermo del Toro.

4.5 out of 5 stars
4.5 out of 5
544 global ratings
How are ratings calculated?
To calculate the overall star rating and percentage breakdown by star, we don’t use a simple average. Instead, our system considers things like how recent a review is and if the reviewer bought the item on Amazon. It also analyses reviews to verify trustworthiness.

C. Dobbins
5.0 out of 5 stars An unexpected romance.
Reviewed in Australia on 9 September 2020
Verified Purchase
I just loved this movie! It started slowly, but set the scene for what was to come. Something that really resonated with me was the wearing of high heels at work. I remember doing the same when I was working in a workplace with concrete floors! The 'sea monster' was appealing in a weird kind of way, and it really disturbed me to see the use of an electric zapper to punish? show him who was boss? - it seemed to me to be an expected reaction in an American setting. The friendship between the mute girl and her lonely next-door neighbour was poignant, but it was lovely to see how they communicated, and the fact that he did not turn away when she challenged him over their 'humanity' if they didn't assist the 'sea monster'. And yes, I cried, but then, I frequently do in challenging movies. I recommended this movie to two of my friends, one of whom accepted and enjoyed it, the other who decided it wasn't to her taste, despite my recommendation. Still, that was her loss! At the end of the movie, I was so thrilled by the WAY it ended, that all I could think was that this was a different version of a Cinderella story, although it's hard to say exactly why I think of it in this way. I must admit that I've watched the movie at least 3 times so far, and I'm looking forward to watching it again - soon! In addition, I admit that I've also bought the book (Kindle version), and although I haven't read much of it yet, it has given me a slightly different take on the character of the person I called 'evil' originally! And finally, I loved the fact that the good people weren't disadvantaged, and the 'baddies' got what they deserved. Except for the poor Russian doctor - I felt really sorry for him! And yes, I'll be watching the movie again - and again. I find it to be a really addictive love story.
Read more
Helpful
Report abuse

Trev White
5.0 out of 5 stars Loved the film loved the book
Reviewed in Australia on 12 March 2018
Verified Purchase
I sat through the movie spellbound. I have just finished the book. Because reading is a slower thing it is possible to pause over aspects of the story and savour the details. I enjoyed knowing more about the background and would recommend this excellent book.
Read more
Helpful
Report abuse

john bryant
5.0 out of 5 stars read this book with an open mind and enjoy the characters
Reviewed in Australia on 12 August 2018
Verified Purchase
an absolutely wonderful read
Read more
Helpful
Report abuse
See all reviews

Amazon Customer
5.0 out of 5 stars Beautiful Story
Reviewed in the United Kingdom on 14 March 2018
Verified Purchase
I adored this story from the very first chapter to the end. It’s written in a poetic style that leaves you with bated breath each time you turn a page. All the characters are fleshed out and real. Slightly wish there was more romantic entanglements but the simplicity in the romance is what makes it so perfect. Wish there was more to the story because I hate when stories have to end. Love this and the author should be proud of what he’s written. It’s brilliant.
Read more
11 people found this helpful
Report abuse

Debs-In-Space
5.0 out of 5 stars Shapes up nicely
Reviewed in the United Kingdom on 6 May 2018
Verified Purchase
I've given this book five stars because I loved the film, but felt there was more to the story. It's very well written and only diverges from the film in small ways. Having read the insights into the characters from different perspectives, it will make seeing the film again a better experience.
Read more
3 people found this helpful
Report abuse

Karoline Dahl
5.0 out of 5 stars Very cool 😎
Reviewed in the United Kingdom on 3 June 2020
Verified Purchase
I loved how big the book was coz I thought it would be smaller but it’s not. Which was great. And the colour is unbelievable you blues-teal tones n just beautiful to look at. Plus it was a bargain buy n been dying to read it n give it a gander since Waterstones don’t stock it no more. Yup good purchase all round lol. Thanks Amazon😁
Read more
One person found this helpful
Report abuse

mrs eileen jay
5.0 out of 5 stars Super read
Reviewed in the United Kingdom on 22 March 2018
Verified Purchase
The book was so well written it was a page turner
I recommend this book and can’t wait to read the next
Read more
4 people found this helpful
Report abuse

Carl C.
5.0 out of 5 stars Great read
Reviewed in the United Kingdom on 18 April 2019
Verified Purchase
Great read and well worth the price, the wife loved it
Read more
Report abuse
See all reviews
Back to top
Get to Know Us
Make Money with Us
Let Us Help You
And don't forget:
© 1996-2021, Amazon.com, Inc. or its affiliates