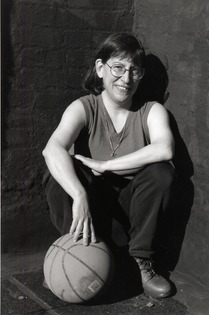 by S. J. Rozan (Author)
4.3 out of 5 stars 45 ratings
See all formats and editions
Sorry, there was a problem loading this page. Try again.

S. J. Rozan is the author of the acclaimed novel Absent Friends in addition the Lydia Chin/Bill Smith series, including Winter and Night, which won the Edgar, Nero, and Macavity Awards for Best Novel, and was nominated for the Shamus, Anthony, and Barry Awards. Born and raised in the Bronx, she is an architect in a New York firm and lives in Greenwich Village.

Samantha Quan is a graduate of the Graduate Acting Program at New York University. She has performed on stage in New York and regionally, including at the Ensemble Studio Theater and the Globe Theaters. Samantha presently resides in Los Angeles, where she works in film and television.

SJ Rozan was born and raised in the Bronx and is proud of it. She spent over twenty years as an architect in New York City and is kind of proud of that, too. Now she writes and teaches. She's done 10 books in the Lydia Chin/Bill Smith series (the newest, ON THE LINE, comes out Sept. 28, 2010) and two standalones. She's also published three dozen short stories. A collection of her stories, A TALE ABOUT A TIGER, is available, and a second volume is coming.

SJ's work has won the Edgar, Anthony, Shamus, Nero and Macavity Awards, and she's a recipient of the Japanese Maltese Falcon. She's served on the National Boards of Mystery Writers of America and Sisters in Crime. She's a past President of the Private Eye Writers of America. She's been Guest of Honor at Left Coast Crime (El Paso, 2003), Toastmaster at Bouchercon (Indianapolis, 2009), an invited speaker at the World Economic Forum in Davos, Switzerland (2003) and as if that weren't enough, she has the key to the city of Fort Worth, Texas.

E Wood
3.0 out of 5 stars Three Stars
Reviewed in the United Kingdom on 8 April 2018
Verified Purchase
Maybe a reflection of preference but found this a bit contorted.
Read more
Report abuse

Aunt Lolli
5.0 out of 5 stars FINALLY another Bill Smith and Lydia Chin book.
Reviewed in the United States on 17 November 2020
Verified Purchase
We waited a long time for this one (Ms. Rozan had problems writing about NYC for a few years following 9-11. No book would have been worth the long wait, but this one comes close!
Read more
One person found this helpful
Report abuse

Matizverde
3.0 out of 5 stars Too long and not enough action
Reviewed in the United States on 26 January 2019
Verified Purchase
This story was way too long as the author included long letters written between the daughter and her mother. although the letters provided context and history they weren't truly relevant to the story of the pendant. I think this is a so-called psychological mystery. I did not enjoy the read (for a book group) and can't recommend it. Maybe the author's other stories are better but this one is only mediocre at best.
Read more
Report abuse
See all reviews
Back to top
Get to Know Us
Make Money with Us
Let Us Help You
And don't forget:
© 1996-2021, Amazon.com, Inc. or its affiliates