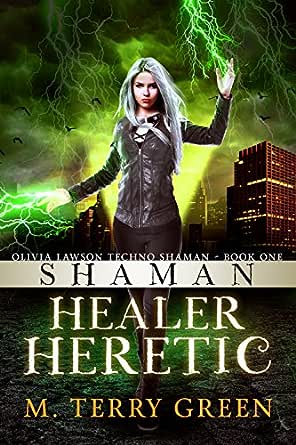 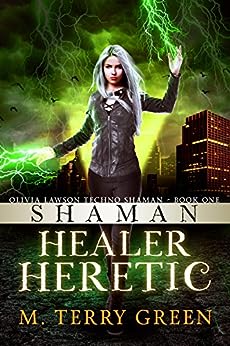 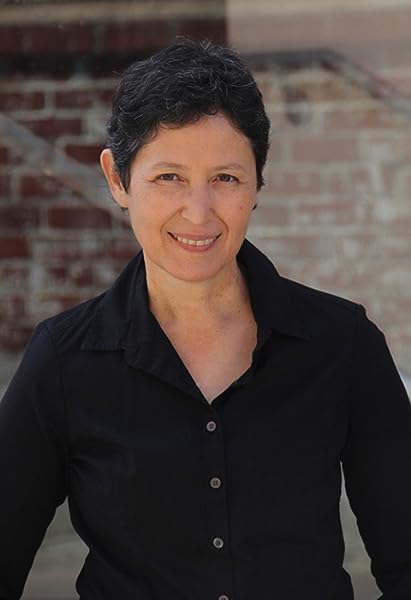 A lone shaman who will not give up. An ancient evil bent on entering our world. An epic battle only one can survive.

Even for a techno-shaman, a kachina in the bedroom isn’t exactly part of the drill. When Olivia Lawson wakes to find one towering over her, she panics. A Hopi god visiting the real world isn't just wrong. It's impossible.

Soon Olivia learns that the kachina is the least of her worries. As she struggles to save her clients, clashes with other shamans, and fends off the attacks of real-world vigilantes, Olivia finds herself in the destructive path of a malevolent ancient force intent on leaving the spiritual realm to conquer this one.

Left with few options, Olivia is forced to defy centuries of shaman prohibitions. As she and her allies risk everything in their bid for survival, Olivia ultimately learns that the rules are there for a reason and that breaking them has a terrible cost.


WHAT READERS ARE SAYING

“This book has you asking “What?” on every page — but in a good way. …Livvy, SK, and the shaman culture are interesting. This book could easily open a fresh new world of urban fantasy.” Publishers Weekly

"Shaman, Healer, Heretic" is a flawless weave of legendary myth and modern urban life. It reads like an action thriller, and has a very believable cast of characters. I loved it! Fast-paced and suitable for younger readers, I recommend this book for tweens and up.” - Jaelle62

“A Kachina, Sumerian gods, spirit helpers, shamans, the multiverse, and an orange cat named Nacho. What is not to love about this book?” - Glenn R. Skinner

“I read it in one sitting because I couldn't put it down.” - Melayla

“Extremely well researched, Green draws on a vast pool of occult wisdom to drive this fantasy work. I enjoyed the unexpected twists and turns to the story. An inspired writing, and thoroughly enjoyed!” - Zoe

“Absolutely captivating, utterly addicting. The characters are very well written, utterly "know-able" and the story picks you up by the neck and shakes the stuffing out of you. In a genre saturated with the same old thing, this book is a wonderful fresh breeze blowing away its competition with the force of an F5 tornado.” - Jackie

“… a rollercoaster ride from the beginning to end.” - Denise Z

“Wow! Just wow! I could not put this book down! Olivia and I greeted the dawn together over the last few pages of this amazing adventure.” - Tenar

Berry Beresford
5.0 out of 5 stars Good read
30 May 2016
Verified Purchase
I'm not the target audience for this book. Nevertheless I found it to be rich, interesting with just the right amount of mystery-twisty to keep me engaged until the very last word. Thanks for such a good read!
Read more
Helpful
Comment Report abuse
See all 1 customer reviews
Write a customer review

Kindle Customer
3.0 out of 5 stars Massive potential, missed the mark
29 April 2018 - Published on Amazon.com
Verified Purchase
The premise was captivating, the world building pretty darn good. The characters....no. Just no. The MC, Livvy, was all over the place. She had no personality or depth. Just filling space. Sometimes the author would say she squealed or gushed and I would think odd, she didn't seem like a gusher, but then realized all I actually know about Libby is she likes syrup. Then SK. What a weasel. SK is a dwarf shaman pimp, and was just unlikeable. He knows she's poor and desperate, knows she could increase her business on social media like other shamans but keeps her in the dark. A total manipulative move because he thinks she's hot. But at least he is a real person. The other shamans were just cookie cutter characters. Black shaman-voodoo, turban, wore bright colors and gaudy jewelry, Chinese shaman-worked above Chinese restaurant she owned, mafia style henchmen,tiger spirit animal, wise and inscrutable, Mexican shaman- poor, wore muumuu, worked in a garage from a Lazy-Boy recliner, Dia de Los Muertos follower. (Just for the record, Dia de Los Muertos, Day of the Dead, is a holiday. It's like saying an American is a Labor Day shaman or Thanksgiving shaman. What you meant was Santa Muerte) It went on and on, just cultural Hollywood stereo types. So I loved the trips to the Multiverse, loved the premise, made it all the way through, but was disappointed by the characters and the second twist. Feel no need to read another, but think the author has real promise.
Read more
One person found this helpful

Darcia Helle
3.0 out of 5 stars Good Start To A Series
13 October 2016 - Published on Amazon.com
Verified Purchase
This is one of those books in which I loved the concept more than the execution. That being said, the book is well written and did hold my interest.

My likes and dislikes are mostly wrapped up within each other, but I'll do my best to untangle my thoughts. I'll start with the characters. We have a lot of them, and they are quite entertaining, unique, and fun. At the same time, I felt the central characters, particularly Olivia, lacked development. I knew very little about her background, her family, and how or why she became a shaman.

The plot is well thought out and executed. I loved the originality of the story. The pacing, though, tends to lag, particularly in the first half of the book. Also, the world in which we're taken is never explained. While I was fascinated by this everyday place in which shamans were frequently called upon, I didn't understand anything about the dynamics between the apparent outcasts and the society in which they lived.

One problem area, for me, came with inconsistent details. For instance, early on we're told that no one truly believes in shamans. Yet we see that shamans are hated to the point of abuse being accepted and sometimes promoted. People don't trust them or want them around. They're ridiculed. This can't happen if people don't even believe in them. Then, by midway through the story, shamans are receiving a ton of national news coverage.

Other aspects of the story didn't ring true, such as the inept and indifferent attitude of the cops. At one point, Olivia is attacked and badly hurt, yet the cops barely take a statement and show no concern at all. This type of thing happens consistently with police involvement - or lack thereof. Some of this might reflect bad to society's hatred of shamans, though, again, that issue was not handled consistently or explained properly.

And, finally, the twist at the end and the character involved was an irritation for me throughout. The character's part was far too convenient and therefore really not believable. I don't want to say more because I don't want to give spoilers. I have to add, though, that despite knowing this character would play a pivotal role, I didn't know quite what that role would be and so the connection did come as a surprise.

Overall, this is a fun story offering the promise of a great series.

Leiah
4.0 out of 5 stars Blending technology and Shamanism to heal . . Happy UF to me!
28 February 2014 - Published on Amazon.com
Verified Purchase
What’s a Shaman have to do to catch a break, anyway? You haul butt around, all over LA, finding lost souls (literally) and nobody gives you a lick of respect. Ugh. As if slipping on the Technogoggles and hoping around the multiverse, looking for people’s wandering souls was an easy thing to carry off!

Livvy is a Techno-Shaman, a Shaman who uses 3-D goggles combined with the technology of the “God Helmet”, which uses an electromagnetic field and shamanic symbols created with light and magnets in order to open the way into the multiverse of the middleworld – the entryway world where she meets her spirit helper, her guide through the middle and down into the Underworld, the land of the Spirits. The money isn’t all that good, but hey, it’s a living – even though you have to dodge the occasional religious fanatic or prejudiced A-hole. Only, suddenly, Techno-shamans are dieing. And Livvy isn’t sure that she won’t be next.

As more Shamans die, and the underworld becomes more and more dangerous to enter, Livvy works with S.K., the dwarf who acts as intermediary for the Los Angeles area Shamans, to gather together the Shamans in order to stop the deaths and changes in the middle and under worlds. But pulling together the secretive and isolationist Shamans into a working group is harder than one might think. And it soon appears that, even working together, it might be too late to stop the destruction of the multiverse, and possibly of all time and space.

Shaman, Healer, Heretic is a quirky sort of Urban Fantasy, set in the gritty and unhappy back alleys and hovels of Los Angeles. Seeped in multiple world views and superstitions, the author blends differing belief systems into a satisfying whole, making it one of the more creative books of it’s type that I have read recently.

I picked up my copy of M. Terry Green’s Shaman, Healer, Heretic (Olivia Lawson Techno-Shaman) as a freebie on Amazon. If you are a lover of Urban Fantasy as am I, this is a book you should add to your reading list. I intend to add the next two books, Shaman, Friend, Enemy and Shaman, Sister, Sorceress to my TBR stack and try to work around to them in the near future. If the next two are as good as this one, I will be happy I did.


Read more
2 people found this helpful
Go to Amazon.com to see all 338 reviews 4.3 out of 5 stars
Get FREE delivery with Amazon Prime
Prime members enjoy FREE Delivery and exclusive access to movies, TV shows, music, Kindle e-books, Twitch Prime, and more.
> Get Started
Back to top
Get to Know Us
Make Money with Us
Let Us Help You
And don't forget:
© 1996-2020, Amazon.com, Inc. or its affiliates