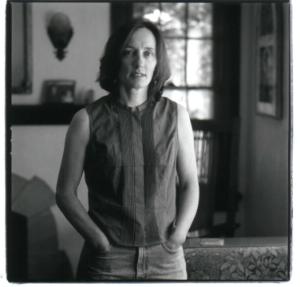 A straight narrative delivered with acrid wit. . . . Fitger is delightfully acerbic and self-destructive in these pages. . . . Anyone who's taught will recognize these characters, tightly bound in their arcane knowledge and rancid grievances. . . . A wry commentary on the plight of the arts in our mercantile era. . . . Enrollment is now open. Don't skip this class. --The Washington Post Schumacher blends satire with righteousness. . . . The Shakespeare Requirement imagines the work of teaching with compassion and urgency. --The New Yorker A brutally funny jeremiad about the waning prestige of the humanities. . . . The novel's laughter drowns out its howl of despair. . . . A daffy little drama. --The Wall Street Journal Best among the newest campus satires is Julie Schumacher's The Shakespeare Requirement. . . . Campus fools have seldom been lampooned better, but beyond all the laughs, Schumacher conveys warm compassion for the admirable values of the university. --Forbes Harmonious. . . . Words of genuine value are rare enough in a mode like the novel, but in the hands of someone like Schumacher, there's a chance. . . . Schumacher offers windows into the hearts of her characters, and we're granted enough space to entertain empathy for them. . . . Thankfully, we still have novels like The Shakespeare Requirement to remind us that there's this thing called excellence, and sometimes people actually attain it. --Kenyon Review A playful, sharp satire of the horrors of modern academia. . . . Long may Julie Schumacher continue to bring Payne University to life. --The New Republic Uproarious. . . . Like the best campus comedies, The Shakespeare Requirement satirizes all manner of academic pieties while maintaining a soft spot for the embattled humanist. . . . There's something to be said for the subtle humor tinged with pathos that hums through Schumacher's book. --The Minneapolis Star Tribune Weird and true and wonderful. . . . Anyone who has spent even a few days around a university English department will recognize the people, the arguments, the very desks. . . . If you're looking for a late-summer read, this highly comic novel might be the ticket. --LitHub Even funnier than its predecessor. --The Washington Post Kingsley Amis . . . Richard Russo . . . Francine Prose. . . . The latest in this line of wits is Julie Schumacher. [Her] satire turns out to be a sneaky apology for her and Fitger's profession. And she's right. No matter how exasperating life on campus becomes, for those who want to live within books and through them, it's still the place to be. --Los Angeles Times

The Shakespeare Requirement is bold, biting, and just the right amount of absurd. --Bustle [A] wicked satire of the inner workings of the academy. . . . Highly recommended. --Library Journal, starred review Schumacher satirizes the pitfalls of academia with searing wit, skewering everything from the abominable faculty offices to the eccentric personalities throughout the university. . . . Desperately funny. . . . Schumacher stretches reality to the boundaries of absurdity in this raucous underdog tale. --Booklist Anyone with a soft spot for academia will discover familiar territory in Julie Schumacher's satirical novel. --The Christian Science Monitor Hilarious. . . . Schumacher's satisfying and fun novel is bolstered by its memorable campus setting and its quirky cast. --Publishers Weekly Schumacher abandons the epistolary style of her previous novel for a straight narrative but retains all of its acid satire in a sequel that is far more substantive and just as funny. . . . A witty but kindhearted academic satire that oscillates between genuine compassion and scathing mockery with admirable dexterity. --Kirkus Reviews, starred review Laugh-out-loud. . . . [Schumacher] wields cutting remarks that are as sharp as ever. The Shakespeare Requirement is a bitter delight, perhaps, but a delight nonetheless. --BookPage

JULIE SCHUMACHER grew up in Wilmington, Delaware, and graduated from Oberlin College and Cornell University, where she earned her MFA. Her first novel, The Body Is Water, was published by Soho Press in 1995 and was an ALA Notable Book of the Year and a finalist for the PEN/Hemingway Award. Her 2014 novel, Dear Committee Members, won the Thurber Prize for American Humor; she is the first woman to have been so honored. She lives in St. Paul and is a faculty member in the Creative Writing Program and the Department of English at the University of Minnesota.

4.4 out of 5 stars
4.4 out of 5
146 global ratings
How are ratings calculated?
To calculate the overall star rating and percentage breakdown by star, we don’t use a simple average. Instead, our system considers things like how recent a review is and if the reviewer bought the item on Amazon. It also analyses reviews to verify trustworthiness.

Dr. M. W. Jackson
5.0 out of 5 stars Excellent
Reviewed in Australia on 24 November 2020
Verified Purchase
Arrived in time and in good condition. Many thanks.
Read more
Helpful
Report abuse
See all reviews

London Gal
5.0 out of 5 stars Can't wait for follow-up
Reviewed in the United Kingdom on 11 September 2019
Verified Purchase
Jason Fitger is one of the funniest protagonists to come along in a dog's age. I laughed out loud whenever he appeared on the page -- a brilliant comic character, but a remarkably sympathetic and endearing one as well. The supporting cast members were also great fun. And as someone who has worked in five higher education institutions in the US and UK, I found the characters' foibles and machinations to be only too true. Loved it and can't wait to read the follow-up. Please do continue with the series, Ms. Schumacher.
Read more
Report abuse

Vlad Thelad
3.0 out of 5 stars It just about scratches a passing grade
Reviewed in Canada on 6 September 2018
Verified Purchase
Having dwelt in academia for some time, and being a former thespian with some knowledge of the Bard that could be labelled as scholarly, it is no surprise that this novel caught my eye. Described by a reviewer as a “witty but kindhearted academic satire,” I went for it. However, satire as a genre is a very tricky minefield, with the perils of falling into caricature or of replicating the object of your satire to a point where it is not distinguishable from a portrait lurking side by side. This is a light read, one comparable to watching a few episodes of a sitcom, a clever one, granted, but not much more. Characters are barely sketched, stereotypes are abundant, the Shakespearean element scarcely goes beyond isolated quotes, and the plot lines are weak, contrived and failed to engage me in any meaningful way. It just about scratches a passing grade.
Read more
One person found this helpful
Report abuse

Don
5.0 out of 5 stars Is this satire? I think not.
Reviewed in the United States on 30 August 2018
Verified Purchase
I’m a Dean; I’ve been Chair of English; I’ve endured countless faculty meetings. This is not satire—this is straightforward realism, even the creme bruley. Fitger is an American Lucky Jim—well-intentioned but feckless. The English Department, for all its quirks, is a lovable collection of misfits and eccentrics. The Econ Department with its inflated salaries and fancy rooms, well, nuff said. For those not in academics, you’ll get a glimpse of what it’s like to live the life. For those of us in English, you’ll be able to chuckle in September as you recall passages and characters from The Shakespeare Requirement while you hear someone witter on about “external stakeholders” and “Quality Enhancement” and, oh, yes, “Statement of Vision.” God bless Payne!
Read more
22 people found this helpful
Report abuse

Pamela S.
5.0 out of 5 stars A second hilarious academic novel from Julie Schumacher
Reviewed in the United States on 17 September 2018
Verified Purchase
One of the funniest academic novels ever--and I've read many of them. I laughed so hard that it hurt, in fact. The literary point of view in this novel is omniscient, which, if anything, added to the humor as we could see how characters worked at cross purposes against each other. The novel is also true of how higher education operates today, especially at non-elite institutions like the one where I teach English. It's also more than a little bit sad and poignant, but read the book and see for yourself. Julie Schumacher rocks!
Read more
14 people found this helpful
Report abuse

Maudie400
5.0 out of 5 stars Witty, wicked skewering of academic world
Reviewed in the United States on 31 August 2018
Verified Purchase
I loved Dear Committee Members, and this novel almost equals the comedy of Schumaker's earlier work. Taking up the tale of Payne University's financial woes and their impact on the English Department, the novel weaves its plots and subplots to reveal the way academic egos nurture themselves in this comic world. The language is so witty and the characters hilarious. The only criticism I would have is that the narrative builds toward several episodes that the reader wants to experience, but then just omits them. Bummer that. But a great read. It's hard to put down.
Read more
8 people found this helpful
Report abuse
See all reviews
Get FREE delivery with Amazon Prime
Prime members enjoy FREE Delivery and exclusive access to movies, TV shows, music, Kindle e-books, Twitch Prime, and more.
> Get Started
Back to top
Get to Know Us
Make Money with Us
Let Us Help You
And don't forget:
© 1996-2020, Amazon.com, Inc. or its affiliates