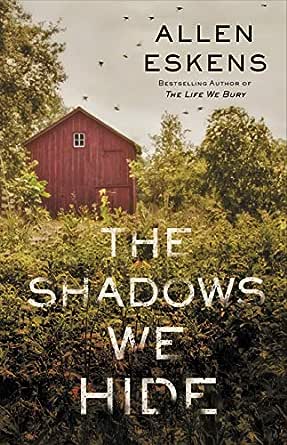 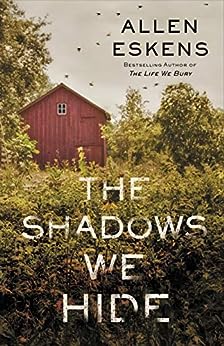 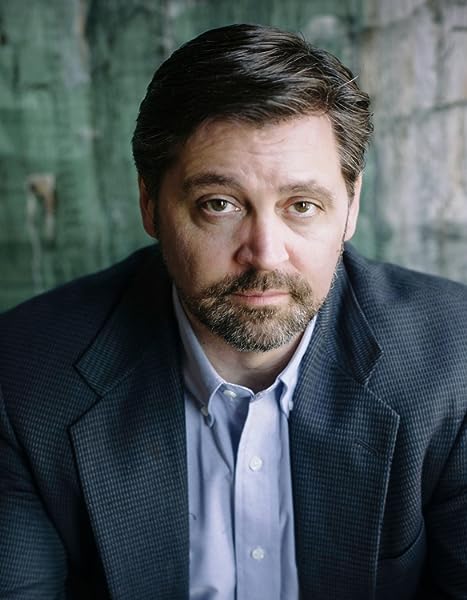 The Shadows We Hide Kindle Edition

Talbert proves himself a true hero.

A brilliant sequel full of deeply developed characters... Eskens keeps readers guessing until the last pages in this darkly lyrical and brutally intimate story of one man's journey of self-discovery.

Allen Eskens is the USA Today bestselling author of The Life We Bury, The Guise of Another, The Heavens May Fall, and The Deep Dark Descending. He is the recipient of the Barry Award, the Rosebud Award, Minnesota Book Award, and the Silver Falchion Award, and has been a finalist for the Edgar Award, the Thriller Award, and the Anthony Award. His debut novel, The Life We Bury, has been published in 21 languages and is being developed for a feature film.

Zach Villa is a stage, film, and television performer. Classically trained in acting, Villa's audiobook work includes The World without You by Joshua Henkin and Butterfly Winter by W. P. Kinsella.

Praise for Allen Eskens - -Eskens' first-person narration grabs the reader and never relinquishes its hold - Library JournalThe tension builds to an all-stops-out finale that works on every level. Thriller fans should keep their eyes on Eskens: he's a comer - BooklistThe pacing could be set to a metronome and the style is clean and accessible. [Eskens] finds fresh takes on puzzle pieces for the story and knows when to present them - MysteryPeople --This text refers to an alternate kindle_edition edition.

A young reporter must come to terms with his past - and present - while investigating the murder of a man he believes could be his father. --This text refers to an alternate kindle_edition edition.
Read more

4.7 out of 5 stars
4.7 out of 5
326 global ratings
How are ratings calculated?
To calculate the overall star rating and percentage breakdown by star, we don’t use a simple average. Instead, our system considers things like how recent a review is and if the reviewer bought the item on Amazon. It also analyses reviews to verify trustworthiness.

Amazon Customer
5.0 out of 5 stars Gripping!
Reviewed in the United Kingdom on 13 January 2020
Verified Purchase
I have now read all but one of Allen Esken’s books and I have given each one a five star review. What a writer! I am taken on a twisting journey that completely surprises. His stories are so well written and I feel totally immersed. Thank you!
Read more
Report abuse

Linda Pfeiffer
5.0 out of 5 stars Another excellent tale in the continuing saga of Joe Talbert
Reviewed in Canada on 22 January 2019
Verified Purchase
In this stand alone novel, the story of Joe Talbert the hero of "The Life we Bury", is continued with a new murder and some of the cast of characters from Allen Eskens previous books. Time has marched on for Joe Talbert. He is still living with his girlfriend Lila and his autistic brother, Jeremy as he is now his legal guardian, having removed him from his mother's care or lack thereof. Joe has not spoken one single word to her, Kathy, since the hearing for legal guardianship. Kathy was removed from court and charged with using meth during the proceedings.

Joe, a reporter, learns he is being sued by a Senator for his latest exposee when he is served along with his boss, Allison, who approved the article. The only way to get himself out of the mess would be to reveal his source and he will not do that. So he is offered a leave of absence which coincides with something he feels he must investigate for personal reasons. He discovers an obituary for a Joe Talbert and realizes this may be his long lost father who abandoned his mother during her pregnancy. But when he finds out that his father did not die of natural causes and he may also have a half sister who is in a coma, he leaves the city and heads for the small town where all this took place. And thus begins the roller coaster ride.

I loved this latest book from Allen Eskens and again will have to wait for his next one. This author is thoroughly readable.
Read more
Report abuse

Scarlett
5.0 out of 5 stars Wonderful story and perfectly narrated
Reviewed in Germany on 7 August 2020
Verified Purchase
I came here from The Life We Bury, could not wait to see how Joe is doing. And wow, have not been able to stop listening, Joe’s journey once again touched my heart and Mr. Villa narrated once again beautifully. Hope Joe’s story continues in the near future and till then I will definitely be listening to this one again and again.
Read more
Report abuse

Amazon Customer
5.0 out of 5 stars 10 stars very good read
Reviewed in Canada on 29 September 2020
Verified Purchase
Really like this author's books. He writes compelling stories with interesting characters.
Read more
Report abuse
See all reviews
Get FREE delivery with Amazon Prime
Prime members enjoy FREE Delivery and exclusive access to movies, TV shows, music, Kindle e-books, Twitch Prime, and more.
> Get Started
Back to top
Get to Know Us
Make Money with Us
Let Us Help You
And don't forget:
© 1996-2020, Amazon.com, Inc. or its affiliates