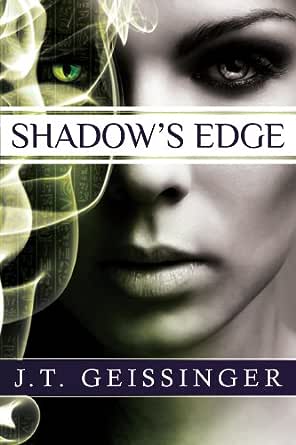 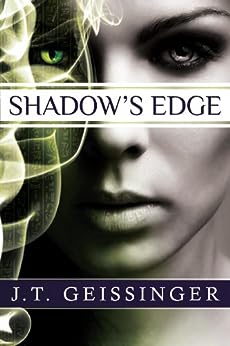 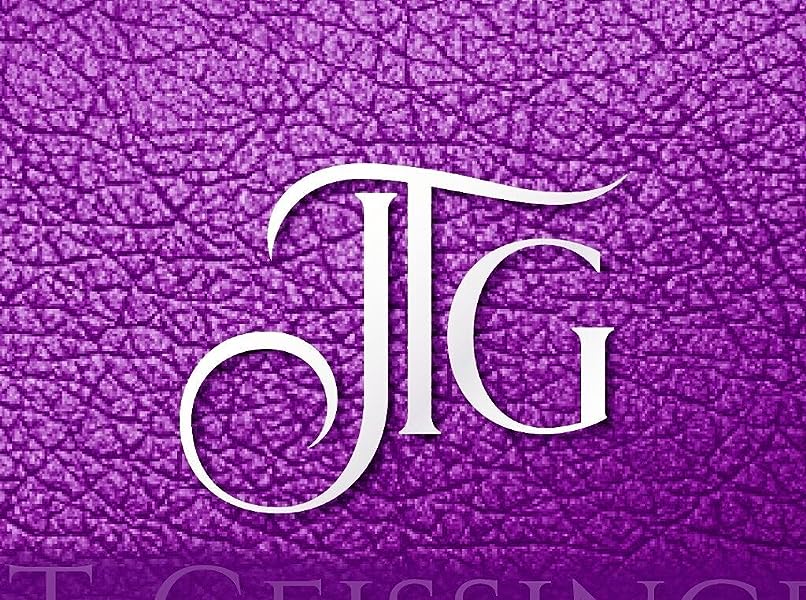 4.3 out of 5 stars
4.3 out of 5
518 global ratings
How are ratings calculated?
To calculate the overall star rating and percentage breakdown by star, we don’t use a simple average. Instead, our system considers things like how recent a review is and if the reviewer bought the item on Amazon. It also analyses reviews to verify trustworthiness.

GQ
3.0 out of 5 stars Definitely a paranormal romance, not an urban fantasy.
Reviewed in Australia on 25 May 2014
Verified Purchase
I was really looking forward to this book but ended up deleting it from my Kindle halfway through the novel. The premise of the story seemed good, but I found the pacing too slow and the main character to be a bit weak and too obsessed with her love interest. I guess I was more interested in the world around her and her past, and not the love interest.

Fans of paranormal romance may enjoy this more than those who like the urban fantasy genre.
Read more
2 people found this helpful
Helpful
Report abuse

Jenny
5.0 out of 5 stars very good, but must love literature
Reviewed in Australia on 20 July 2014
Verified Purchase
This book is stunningly written. The words this author uses can transport you to a mythical land, in saying that this book is very "wordy", very literature based, like reading a magical song. Had to use the dictionary a few times. Mostly because I ain't no good with words....
Read more
2 people found this helpful
Helpful
Report abuse

Dena Miller
5.0 out of 5 stars Loved it
Reviewed in Australia on 10 July 2019
Verified Purchase
Great book. Nothing better than reading a romantic fantasy novel right before bed to put me in a good mood and help me get a great sleep 😊
Read more
Helpful
Report abuse

Citizen Smiff
5.0 out of 5 stars left hanging
Reviewed in Australia on 29 September 2014
Verified Purchase
I need to get the next book, and get it.now! A bodice ripper with a twist. Well written and engaging
Read more
Helpful
Report abuse

Leanne
5.0 out of 5 stars still a top series
Reviewed in Australia on 4 June 2014
Verified Purchase
I can't wait for the next book in this series
It just doesn't keep you intrigued to learn about new characters but keeps the interaction of the previous and ties them together
Read more
Helpful
Report abuse

Steph
4.0 out of 5 stars Light and sexy
Reviewed in Australia on 14 May 2014
Verified Purchase
This was a fun read. The lead characters are a little predictable he the story entertaining and sex very well handled.
Read more
Helpful
Report abuse
See all reviews

Bex
3.0 out of 5 stars A Romantic Execution.
Reviewed in the United Kingdom on 1 December 2017
Verified Purchase
If you like overly dramatic scenes filled with gloriously gorgeous characters fawning over each others gorgeousness then this book is for you. And if you strip back those things, what's left behind of this book is actually really great, but you're a better person than me if you can.

This story is about Jenna, a girl with a special shifting ability she hasn't quite discovered yet. But, you've guessed it, there's a handsome dreamboat who is the leader of the shifter pack just about to waltz in heroically to show her the way. The story moves swiftly which is great, and the writing is actually really gripping, but any thoughts or dialogue from a character is filled with gushing about how lovely the other persons eyes are. Or something of the sort.

Despite my moaning (I'm sure you've noticed!), I did actually like the ideas behind the story and at it's very foundation it's actually really fun and interesting to read about. The shifters have a fairly complex backstory which ties in with Jenna's nicely to build a much larger picture; I liked this, it was clever and didn't give everything away from the beginning. I also like the shifter concept by itself; the various forms a shifter takes and the mechanisms of their various abilities was exciting and I would have really enjoyed this book if that had been the focus - hence my three stars.

So, if you can look past the romantic dribbling over each other, and the implausability of some of the slightly creepy, verging on crazy and controlling stalker, instant love affair then I think the remainder of the story is actually a great read; perhaps the next instalment will be better.
Read more
7 people found this helpful
Report abuse

S. Lacey
5.0 out of 5 stars Amazing
Reviewed in the United Kingdom on 17 March 2017
Verified Purchase
I was lucky enough to win a signed copy courtesy of the author and Fictional Candy! I loved this, love the characters of Leander and Jenna! I did think Jenna was a little hard on Leander at times and maybe a little too stubborn and prideful but at the same time I admired her strength. They seemed to get their wires crossed and misunderstand each other a lot but that was mostly Jenna's fault cause she lied to him a lot trying to cover up what she felt for him and resist him. Although he could have been clearer about how he felt as well but he was trying not to push anything and make sure everything that happens between them is her decision.
I felt bad for Christian and Morgan too a little. I mean Christian trying for Jenna when he knew his brother was in love with her was unfair but he is kind of a sweet guy so I hope he gets his own story where he finds his own mate. Morgan annoyed me a bit as much as she made me feel bad for her. I liked her spirit and her sarcasm but again I thought she was unfair to Leander. I agreed with her that it was unfair how women were treated in their society but it wasn't Leander's fault and he couldn't change the law but he did do something that obviously none of the other Alphas would do or have done. He voted her on the assembly, the deciding vote and he did say he thought her worth ten of each of the men who voted against her. Maybe though he should have mentioned that once or twice and she wouldn't have made the mistake she did. Leander wasn't the chauvinist she assumed and accused him of being. If he was he wouldn't have pointed out to Jenna that she had the power to do what he couldn't, change Ikati law and bring it into the 21rst century, making it less oppressive. I'm glad the next book will be hers so we can see how she grows and if she gets past her hatred of men and her race. I'm looking forward to the next book in the series!
Read more
Report abuse

Kindle Customer
1.0 out of 5 stars Poo poorly written misogynistic tent porn
Reviewed in the United Kingdom on 5 September 2018
Verified Purchase
I think there's possibly a reasonable story here, but it's ruined by the barfly written and interminable sex scenes.
I can only assume that these scenes are written by a teenage boy who's rarely interacted with any women.
That said if you wanted to be critical there's a lot else to look at. Like how a hidden community of beautiful, strong, magical shape changers is hidden in the new forest in the UK.
Oh, and the author has confused Avon water which runs through the new forest with the river Avon which doesn't.
Read more
One person found this helpful
Report abuse

Chauffeur Sally
4.0 out of 5 stars Four and a half stars
Reviewed in the United Kingdom on 11 November 2012
Verified Purchase
How grand to read a book with rolling, effortless and sometimes poetic writing which suggests to me that Ms Geissinger laboured long and hard in its production.
A tale of love and lust, betrayal and redemption, a story of (in)human striving to rise above laws and traditions that are set in stone but which needs a new, less iron-bound, approach.
At no point during my reading did I feel that this was an urban fantasy hence my witholding that fifth star (though I would so like to be able to give half a star - Amazon take note). No hint of a Mercy Thompson type modern day Washington state with vampires, werewolves and fae added to the mix but an ordinary Hampshire scene. Someone once told me that even when writing fiction one should write about things/places that are familiar. Ms Geissinger is an American lady living in a country that still has wild and unexplored places yet she chose to set one of her main domains in the UK, the New Forest, to be exact. A forest that is alive with towns and villages, ponies and tourists and is about as wild as my back garden. It would be impossible to hide a large colony of shape shifters in it. She paints a picture of a lush, deep and secret area with three hundred foot trees and of 'red throated sparrows' and 'mockingbirds' none of which can be found in England. Neither does the River Avon run through the centre but along its western edge.
And all that aside I loved this book and am half way through the second book of the series and I will buy the third when it is published.
Read more
One person found this helpful
Report abuse

Shopgood
3.0 out of 5 stars Good, but we don't have mockingbirds, alpine meadows or mountains in the New Forest
Reviewed in the United Kingdom on 28 September 2013
Verified Purchase
I liked the mythology/origin story here, really enjoyed the the writing style and the plot. However, I could have done a better job of describing the New Forest after an hour of research on the internet. It really bugs me when American authors assume that we have noisy crickets and mockingbirds. The New Forest isn't a forest - just a name given to a patchwork of ancient woodland and heathland criss-crossed with roads and footpaths. The highest point is about 400ft so references to mountains really spoiled it for me. And there are so many people walking and cycling through it that a women dressed in a blanket would have made national news in about 30 minutes.
Read more
2 people found this helpful
Report abuse
See all reviews
Back to top
Get to Know Us
Make Money with Us
Let Us Help You
And don't forget:
© 1996-2021, Amazon.com, Inc. or its affiliates