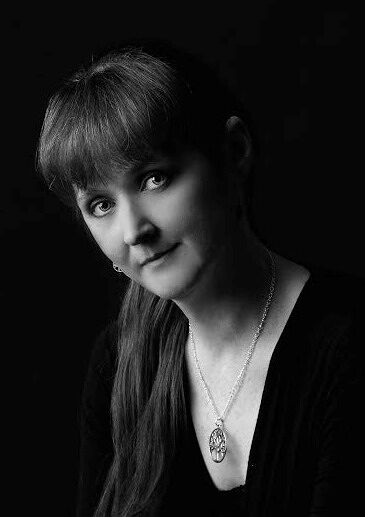 by Laurie Forest (Author)
4.6 out of 5 stars 1,094 ratings
See all formats and editions
Sorry, there was a problem loading this page. Try again.

Laurie Forest lives deep in the backwoods of Vermont where she sits in front of a wood stove drinking strong tea and dreaming up tales full of dryads, dragons, and wands.

Start reading The Shadow Wand (The Black Witch Chronicles Book 3) on your Kindle in under a minute.

4.6 out of 5 stars
4.6 out of 5
1,094 global ratings
How are ratings calculated?
To calculate the overall star rating and percentage breakdown by star, we don’t use a simple average. Instead, our system considers things like how recent a review is and if the reviewer bought the item on Amazon. It also analyses reviews to verify trustworthiness.

Natski13
4.0 out of 5 stars Second half way better than the first
Reviewed in Australia on 7 July 2020
Verified Purchase
I love this series and have been waiting for this third instalment with high expectations. Overall I enjoyed it but some parts really dragged and unnecessary (repeating the same information over and over). I love this author’s story telling and world building however I felt the editor pulled out a thesaurus to include weird unfamiliar adjectives randomly - I haven’t noticed this in previous books. The last third of this book felt like I was finally back in the story and I’m truely hoping Elloren shows some more strength and confidence in the next instalment. Not the best book in the series but enough to keep me interested.
Read more
Helpful
Report abuse

Ren
5.0 out of 5 stars Oh my goodness!
Reviewed in Australia on 17 June 2020
Verified Purchase
This series is a termoil of emotions I struggle to keep up!
Beyond happy! I am in love! Lol
Thank you Laurie Forest for continuing on such a tantalising tale, I am fully invested and can’t wait to read more!
Read more
Helpful
Report abuse

JOHN GBEL
5.0 out of 5 stars The Black witch series
Reviewed in Australia on 30 June 2020
Verified Purchase
Great read could not put it down looking forward to the next one.when will it be on the shelf not to long I hope
Read more
Helpful
Report abuse

Helen Jolly
5.0 out of 5 stars loved the whole series so far
Reviewed in Australia on 10 July 2020
Verified Purchase
Well written very hard to put down transports you to another world
Read more
Helpful
Report abuse
See all reviews

Kindle Customer
5.0 out of 5 stars When is the next book out?!
Reviewed in the United Kingdom on 15 July 2020
Verified Purchase
First of all, this series was one that I completely stumbled across on Amazon recently and decided to give it a try. Three books later, read in record time, simply shows how great they really are. I was completely thrown into this world - the description, character building, and story telling is amazing and firmly had me hooked from the very beginning! I have throughly enjoyed reading the journey of the Black Witch so far and I can't wait for the next book, so I can find out what happens ( I hope I don't have to wait too long...!) Thank you Laurie for writing such an enjoyable series and providing me with an excellent read, you are definitely one to follow and I will be eagerly awaiting the next book...

For anybody looking for a new YA book series that you simply won't be able to put down, then this is for you.....
Read more
4 people found this helpful
Report abuse

Kindle Customer
4.0 out of 5 stars Cliffhanger
Reviewed in the United Kingdom on 27 November 2020
Verified Purchase
I really enjoy this series. Because the main characters have all split up in this book, there is a lot less happening as the author tries to give us an idea of where everyone has ended up since the last book. Everyone just seems to be settling into their places for most of the book, not too much happens but it's still a really enjoyable read. There's too many characters to catch up with for much to happen. Then, in the last few pages, something huge happens and you're left with this cliffhanger. Hence the loss of one of five stars for me. I finished reading this yesterday and I'm still anxious over the ending. I'm so disappointed that the fourth book is nearly a year away.
Read more
One person found this helpful
Report abuse

Kitcat
2.0 out of 5 stars Really disappointed - spoilers ahead
Reviewed in the United Kingdom on 6 July 2020
Verified Purchase
Warning, contains spoilers.

The first two books were amazing but this last one felt lacklustre with the characters falling somewhat flat and Elloren now coming across as quite annoying and flighty. It's quite an abrupt break from the previous books and I miss all the side characters from previous who as a reader I actually felt invested in (for example I think the update on Rafe is one line long).

It was also annoying that this book was seemingly only there to progress a random romantic story line with Lukas. Which ultimately, didnt make much sense to me and had me turning against the protagonist of the book which I'm pretty sure wasnt the author's intention.

In previous books we are clear that Elloren turns away from Lukas and toward Yvan he pulls on something darker in her magic and he's just too ruthless for her, despite not being a through and through bad person. He's also quite clear that he doesn't love her, he doesn't really believe in love and it's obvious that he won't fall for her, it isnt in him, he doesn't want to and he doesn't even believe in it.

She falls incredibly deeply for Yvan and the previous books center around the building and strengthening of that relationship. Then suddenly in this book he 'dies' and after about a page of mourning him she's all for Lukas, who seems to turn into a whole new person, getting instantly jealous and possessive and falling hard for her. He puts her first in everything, which is frankly inconsistent with his character up to this point. Yes he cares about her and that's clear from his fasting to her despite her having 'disgraced herserself' but although that was a selfless move, it's the only time we really see him willing to just put her first to his own detriment. Why/when does this change? Why is he different in this book?

There was no real justification for why a lot of the events happened (why go back to Gardenaria and seek out Lukas' protection ? Why was that the best decision? If they knew he was already changing his allegiances then what was the point in sending the black witch and therefore your greatest weapon to the most dangerous place for her? Didn't make a whole lot of sense to me.)

Overall, I'm underwhelmed with this one and it's such a shame because the first two really were excellent. All I can say is I hope the last book gets back on track and as far as I can see the only way for that to be possible is if Lukas really has died in this book and Elloren actually develops as a character and comes into her own. If Lukas lives (presumably for the sole purpose of extending the odd love triangle drama that adds nothing) and she remains 2 dimensional then I really cant see the the series being saved. There are a lot of issues that would need to be resolved in book 4, not impossible to do, but the author has left herself with very limited choices to do so.
Read more
One person found this helpful
Report abuse

tatooinechick
5.0 out of 5 stars Fabulous!
Reviewed in the United Kingdom on 17 October 2020
Verified Purchase
I have thoroughly enjoyed this book... I had stupidly thought it was a trilogy and was expecting a conclusion but I am in no way disappointed that another one follows. I love the various worlds and can’t wait to come back to all the various pals in the next one to see how they are overcoming being fugitives. And that love triangle... 😍 I was 100% in Team Yvan in the previous book and 100% Team Lukas in this book... something I never thought I’d ever say!
Read more
Report abuse

Puss in Boots
2.0 out of 5 stars So disappointing!
Reviewed in the United Kingdom on 31 August 2020
Verified Purchase
I adored the first book in this series and immediately rushed to buy the second. While the second did not quite live up to expectations, I still thought it was worth reading the third. It wasn't.
Page after tedious page of drivel about affinity lines and ominous trees. Zero plot, and character development which seems at odds with the previous books. Extremely disappointing after such a good start.
Read more
Report abuse
See all reviews
Back to top
Get to Know Us
Make Money with Us
Let Us Help You
And don't forget:
© 1996-2021, Amazon.com, Inc. or its affiliates