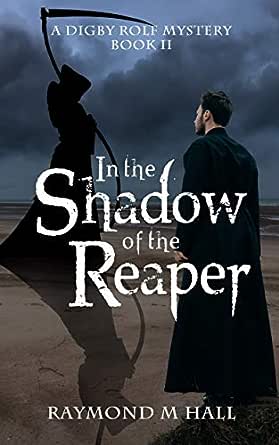 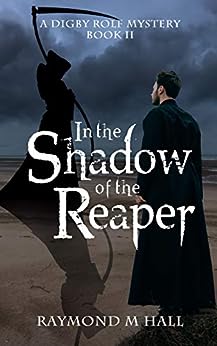 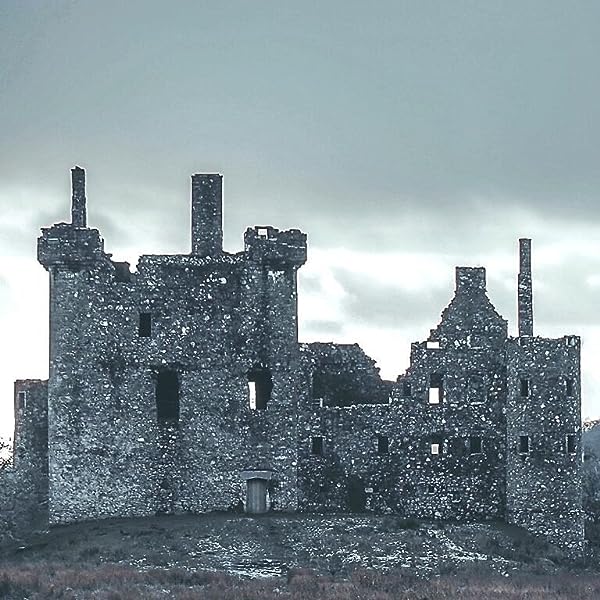 Lauren Cinderey
4.0 out of 5 stars A brilliant read with a classic touch
Reviewed in the United Kingdom on 17 September 2018
Verified Purchase
I hadn’t read the first book in the Digby Rolf mysteries series when I came across this one, but I decided to dive into it anyway. It was a great read I didn’t feel lost at any point in the story, and I enjoyed it all the way through. The classic who done it storyline with enough twists and turns to keep it interesting. The author, Raymond Hall has created intriguing characters and has managed to tie the story together nicely. I definitely plan on reading the first book now.
Read more
Report abuse

John Eves
5.0 out of 5 stars Excellent Classic Who-dun-it
Reviewed in the United Kingdom on 16 June 2019
Verified Purchase
Raymond Hall's writing gets better with every book. This s a classic crime thriller with twists, turns and red herrings before and unexpected ending. A highly recommended holiday read.
Read more
Report abuse

Ona
5.0 out of 5 stars Slow beginning, spectacular finish
Reviewed in the United States on 18 October 2018
Verified Purchase
At first, the book seemed a little odd. This might partly be because it is the second book in a series, and I had not read the first. There are a number of characters to introduce, Digby Ralf, the village vicar and the main character, his new house keeper, Francoise, the naive young constable, the bumbling older law enforcer, and several villagers. To add to the confusion, the action switches back and forth between the present and the past. As the story unfolds, there is a long series of murders that are seemingly unconnected until it is revealed (early in the book) that they all have to do with an event in a French village during the War. Not only do the events seem to be unconnected, they involve people from both sides of the conflict and three different nationalities. As the story unfolds, things begin to come clear. Another reason that I found this story rather odd is that Digby sees ghosts. His ability isn't presented as some sort of supernatural power, but matter of factly as part of the unfolding drama. By the time I caught onto that part, I was well into the book and deeply engrossed in the complex events that lead to a highly dramatic climax.
Read more
Report abuse

A Cannady
5.0 out of 5 stars Book two does not disappoint!
Reviewed in the United States on 24 October 2018
Verified Purchase
Raymond M. Hall’s second Digby Rolf book, “In the Shadow of the Reaper,” satisfies those of us who read part one and have been anxiously awaiting a sequel. If you haven’t read part one, you can read part two and still understand what’s going on, but I suggest you go grab part one and really meet Digby from the start. He’s the parish Vicar, but not quite the regular person’s view of how one would fill that role. He has no qualms about jumping in, yet again, to play detective and solve a mystery. In this case, there are multiple murders in his village and the police are unable to find any motive to lead them to the killer. Enter amateur detective Digby Rolf, who finds a tenuous connection and heads to France to confirm his suspicions. Once there, he finds even more than he bargained for in the form of Auguste, who puts him on an even more dangerous path that stretched back decades. Unraveling this web of mystery, intrigue, treachery, deceit, and passion might just be too much for our protagonist to handle this time…or will it?
Read more
Report abuse

JoJo Maxson
5.0 out of 5 stars This is a well written mystery!
Reviewed in the United States on 17 September 2018
Verified Purchase
Within the sleepy village of Wickham Bumpstead a killer emerges. In the Shadow of the Reaper, Vicar Digby Rolf offers his services not only consoling the family that remains, but also as an amateur detective. He is known in some London areas for his skills in some high profile cases, though his involvement was forced because of the woman he loved. One common thread slowly emerges, all the men killed where in France during the war. In fact, they were all in Dunkirk together. Digby scrabbles to find out what happened in this war wrecked village that would erupt such an outcome as murder, and to find if more deaths are expected. One thing is clear, the two new French residents could be more than a coincident.

I found In the Shadow of the Reaper very compelling as this little village brings about the excitement Vicar Digby was needing, just without the murders. Raymond Hall gives him a complex personality, though very quick to find flaws within the murders, failed to see what was in front of him.
Read more
Report abuse
See all reviews
Back to top
Get to Know Us
Make Money with Us
Let Us Help You
And don't forget:
© 1996-2021, Amazon.com, Inc. or its affiliates