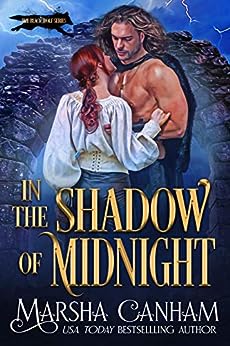 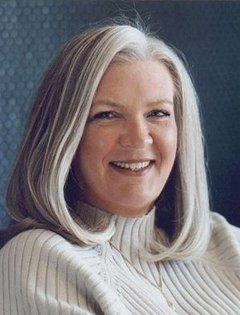 Yuna
5.0 out of 5 stars Worth the read
Reviewed in Australia on 18 June 2018
Verified Purchase
This kept me reading for ages and I loved the characters and history.
Read more
Helpful
Report abuse
See all reviews

Falcon
5.0 out of 5 stars Marsha Canham
Reviewed in the United Kingdom on 13 November 2013
Verified Purchase
I bought this book many many years ago. It was an old paperback book I found in an second hand book shop. I read it over night and fell in love with Marsha Canham books and went in search of everything else she had written. I ended up with about 8 or 9 books. I kept them with me where ever I moved and would re-read them every so often. They are a great escape from reality. Now I have started buying them for my tablet. If you love stories of historical events with fictious char. thrown in you will love Marsha Canham books.
Read more
Report abuse

Trix
5.0 out of 5 stars Book two of the Trilogy... amazing
Reviewed in the United Kingdom on 11 December 2011
Verified Purchase
After reading book one and being totally hooked, just had to download two and three. Marsha's version of the legend that is Robin Hood, held my attention all the way through.

Definitely not a disappointing read. Loved the MC's in this book Edouard and Ariel, and I'm chomping at the bit to read The Last Arrow.

Thank you Marsha for an amazing book and a great series.

bookworm
5.0 out of 5 stars Smashing!
Reviewed in the United Kingdom on 22 November 2011
Verified Purchase
In The Shadow of Midnight book 2 of the Robin Hood Series is the story of Eduard, bastard son of the Black Wolf. The story is beautifully written with well developed characters. Its full of romance, emotions, action and adventure. A real page turner and did bring tears to my eyes. Highly recommended.
Read more
Report abuse

Regan
5.0 out of 5 stars Book 2 in a Medieval Romance Trilogy is Truly Excellent!
Reviewed in the United States on 19 June 2010
Verified Purchase
Marsha Canham has delivered an amazing trilogy of Knights and their ladies with Through A Dark Mist, (book 1), In the Shadow of Midnight (book 2) and The Last Arrow (book 3), all set in the time of first Richard the Lion Heart and then his brother and successor to the throne of England, the horrible King John. The first is the story of the Black Wolf of Lincoln and Lady Servanne de Briscourt. The Wolf steals her for ransom on his way to regaining his rightful name and saving a young heir to the throne. His name, Lucien Wardieu, and his lands were stolen by a bastard brother, the Dragon Lord of Bloodmoor Keep (Lady Servanne's betrothed) who thought he had killed his older brother in the Crusades. It is set in the woods of Lincoln and at the Bloodmoor Castle in England. The Black Wolf is truly a drool worthy hero and Lady Servanne is a delicate beauty with a spine of iron. His was a heart that couldn't be touched until Lady Servanne's courage and purity of heart captured him. Book 2 is the story of the Wolf's cub, Eduard, and his red haired headstrong love, Lady Ariel de Clare, who will not be marrying the man King John has promised her to thank you. She has her own plans but even those go awry as her heart is captured by the Wolf's cub, Eduard FitzRandwulf d'Amboise who has been tasked to transport her safely to a prince in Wales her father has agreed she'll marry instead of the King's man. (Eduard first appears in book 1). Book 3, which I thought was the best of the three though each is unbelievably good, is the story of Brenna Wardieu, daughter of the Black Wolf and the sensual and dark Griffyn Renaud who is full of dark secrets but cannot withstand the lure of Brenna who can shoot the long bow better than any man and can ride a Knight's warhorse. The third book raises all the Robin Hood legends and weaves a story that had me racing to follow the action and tearing up at the love scenes that tore at my heart all at the same time. It was simply magical. Since I couldn't put them down and I will be reading them again, they get my 5 star rating. Marsha Canham has done it again!
Read more
2 people found this helpful
Report abuse

Misfit
5.0 out of 5 stars A Great Swashbuckling Romp!
Reviewed in the United States on 8 June 2006
Verified Purchase
The author must have been having a gas writing this series. Lots of action, witty dialogue (LOVED SPARROW!!), and well written secondary characters. A nice take on the Robin Hood legends. I know another reviewer or two complained that there were too many characters and not enough romance, but those were complicated times, and this book tries to represent that. The author does play a little loose with the historical characters (I'm pretty sure the two welsh brothers were either the first Llywellen's uncles or the brothers of Llywellen the last, who was the grandson of the first Llywelen that came LONG AFTER the reign of King John), so don't take this book for a history lesson.

If too much history, intrigue and complicated characters are not for you, there are PLENTY of lackluster "historical" romances to be found that contain light weight predictable plots with no other purpose than to set as a back drop for a book laden with gratuitous sex.
Read more
2 people found this helpful
Report abuse
See all reviews
Back to top
Get to Know Us
Make Money with Us
Let Us Help You
And don't forget:
© 1996-2021, Amazon.com, Inc. or its affiliates