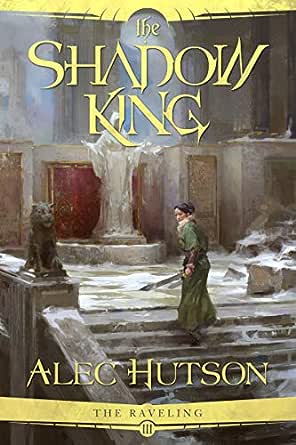 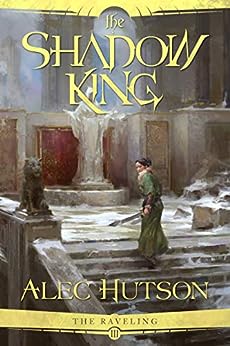 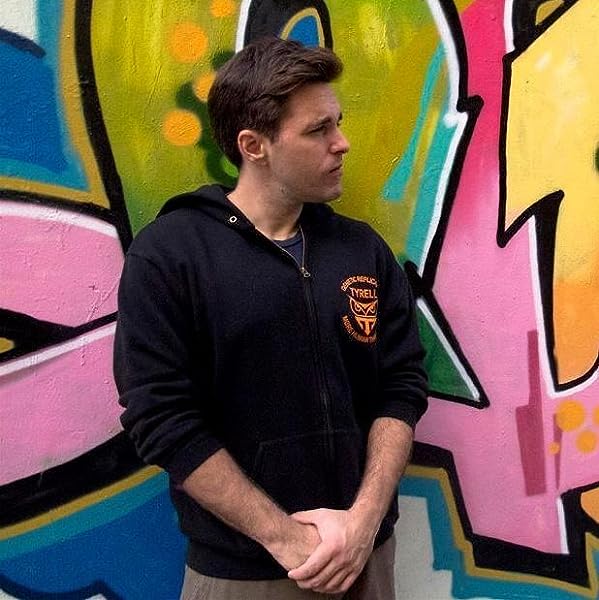 The conclusion to the story that began with The Crimson Queen and continued with the Silver Sorceress . . .

Scarred by what transpired on the island of the sorceress Niara, Keilan and his companions journey north, bearing a weapon forged to end the unnatural existence of the Chosen. But the sand is trickling through the hourglass, as the demon-children are laboring to bring about a second Raveling and end the age of man . . .

In the shattered city of Nes Vaneth, Cho Lin struggles to survive her imprisonment by the vicious Skein, while in Dymoria the Crimson Queen prepares to reveal her school of sorcerers by bringing them into the Frostlands to confront the Chosen and their allies . . .

Meanwhile, the immortal sorceress Alyanna schemes to restore her lost glory and destroy those who have wronged her . . .

Amazon Customer
5.0 out of 5 stars Alec Hutson has crafted a fantastic series in The Raveling, and Shadow King does not disappoint.
30 November 2019 - Published on Amazon.com
Verified Purchase
I originally picked up Crimson Queen (book #1 of the Raveling) when it was on sale through the Kindle store and absolutely loved the story. The world is so interesting, with so many different cultures and people. I tore through Crimson Queen and the Silver Sorceress and couldn’t wait for Shadow King to be released.

Shadow King is an epic conclusion to The Raveling Series. Alec Hutson really dives into the mythos of the world he has created, showing readers the events of the past that has brought the world to where it currently stands in Shadow King. Book #3 is an action-packed ride that never slows down and delivers shocking moments and revelations throughout.

The first two books of The Raveling are fantastic. However, Shadow King tops them all. The character development in the series is wonderful and as a reader you really start to feel connected to the characters and become invested in their adventure. This is definitely a book that you cannot put down until you’ve read the last page. If you have not read The Raveling, do yourself a favor and dive in. The series is wonderful and definitely not one you want to miss.

Adam Weller
5.0 out of 5 stars Classic epic fantasy with detailed world-building and a deep well of rich Eastern and Western lore
8 January 2020 - Published on Amazon.com
Verified Purchase
The Raveling trilogy is a throwback, classic epic fantasy story that is smartly plotted and tightly written, with detailed world-building and a deep well of rich lore that draws on both eastern and western cultures. It is also an extremely polished work, and would fit perfectly in the bookshelves of any fantasy enthusiast. The Shadow King concludes what is a truly thrilling adventure that will have you pumping your fist while grimacing with anticipation. Although the trilogy may be over, I hope we’ll see a lot more of this world. Regardless, whatever Hutson decides to write will be a first-day purchase.

This is a fully-realized world with a lot of moving parts, and I'll admit I was a bit concerned how (and if) everything was going to tie together in just one novel, especially in the ambiguous way that The Silver Sorceress concluded. Not only do we have major characters split across the world, we're introducing terrible new threats, and we're still unclear about the motivations of some of the major players.

One of the numerous aspects of the story that impressed me was how each of these concerns were addressed so well, and how each character was given enough pages to provide a balanced and powerful conclusion. It was thrilling to see the web of storylines finally tighten, bringing all the major players together in the same part of the world, albeit for different reasons. And the threats themselves -- remember the spider warren in The Crimson Queen? The brief foray into a monster-laden dungeon? That was Disney World compared to what our cast has to contend with in the last act of the story. In the many books I've read that have evil, elder gods as antagonist threats, I've never read anything quite so awesome as what Hutson put together here.

There are other aspects to the book that elevates Hutson's writing beyond just the story. There's a cadence in the writing; a steady prose that offers a balanced blend of description, meter, and dialogue.

“The Mazespinner. The Black Lady. The Night Huntress. Caryxes, worshipped in these depths for ages undreamt.”

“If she ever wanted to pass a message to future generations she would hide it in the lyrics of a children’s song.”

In addition, the book *looks* fantastic. The whole trilogy is produced with a professional sheen that stands out, from the covers to the editing and typography. These books are self-published but are ‘camera-ready’ to stand side-by-side with any trad-published book in a Barnes and Noble or Waterstones.

The Raveling is a trilogy I can easily recommend. Like any good story, it gets better the further in you go. The finale hits hard, and while it satisfies the major arcs, it also leaves some doors open to explore in future books. As it should! This is a rich and wonderous world with characters you won’t want to leave behind. Any lover of fantasy who grew up reading Weis & Hickman, David Eddings, Robert Jordan, or Terry Brooks should pick up this trilogy as soon as they can.

Amazon Customer
2.0 out of 5 stars Very hard to finish
19 December 2019 - Published on Amazon.com
Verified Purchase
I struggled to finish this book. There are very few dialogues between the characters. The book is mostly several long and unnecessary narratives that could have been reduced by half. Every time I started to get interested and felt like the story picked up the pace the next chapter would bring another POV and start again with the long descriptions and very slowly build pace again

There are also many deus ex machina moments throughout the book. Every character is saved by something pulled out of a hat at least once.

The author shows talent and I enjoyed the first book of the series. In my opinion the story needs more focus and conflict. Remove secondary characters from primary POVs, add conflict to the main arch of the story and more dialogue between characters
Read more
2 people found this helpful

Isaac A.
5.0 out of 5 stars A satisfying conclusion to a very good series
7 January 2020 - Published on Amazon.com
Verified Purchase
After hooking me in with The Crimson Queen and further investing me with The Silver Sorceress, Alec Hutson delivers a great third installment with The Shadow King.

Overall, this is one of my favorite series of the past few years that I've read. The characters, especially, make it worth the read for me. Their struggles and journeys all culminate in a thrilling conclusion for this particular narrative, though another can easily be told in this same world Hutson created.

There were times in the story where, although it was clear there was a goal, the narration felt sluggish, maybe a bit stiff, before shaking itself awake again. It was noticeable, but also nothing new in fantasy, nor was it egregious. Some paragraphs could be tightened for the sake of brevity, that's all.

Character interactions are highlights for me, as they have been in the last two books as well.

As I said, a great book.
Read more

oceandarling
5.0 out of 5 stars Epilogue hints at more to come
16 December 2019 - Published on Amazon.com
Verified Purchase
Enjoyed this 3rd in the series very much. Our heros have all matured and grown in wisdom and power. I gasped several times when I thought a favorite was done for and then there is an honorable sacrifice. Satisfying ending but is it ...
Read more
One person found this helpful
Go to Amazon.com to see all 31 reviews 4.7 out of 5 stars
Get FREE delivery with Amazon Prime
Prime members enjoy FREE Delivery and exclusive access to movies, TV shows, music, Kindle e-books, Twitch Prime, and more.
> Get Started
Back to top
Get to Know Us
Make Money with Us
Let Us Help You
And don't forget:
© 1996-2020, Amazon.com, Inc. or its affiliates