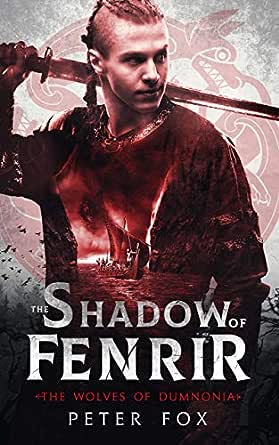 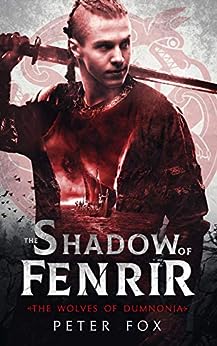 “The closest thing you’ll get to a time machine. Peter Fox’s rousing tale thrusts you into a dark age world that envelops every sense so powerfully you feel like you’re pounding through the mud beside the characters. A remarkable debut. Recommended.”
– James Wilde, bestselling author of the Hereward series

“…a rip-roaring yarn – class characters and a gripping story.“
– Robert Low, author of the Oathsworn series

Rescued as an infant from the wreckage of his boat, Caelin ap Cadwyr has come to be raised as a Norseman, far from his homeland, his family and his destiny. Given a new name-Rathulf Thorvaldarsson-the orphaned Briton is approaching his sixteenth birthday, unaware that his chosen path as a Viking warrior is soon to be thrown wildly off course.

Although well aware of his British ancestry, one secret has remained hidden from Rathulf throughout his life. The key to that secret is an oaken trunk, plucked with the baby from the foundering skiff all those years ago; but when it comes time to reveal the truth, Rathulf's foster-father, fearing the loss of his son, defies the will of the Gods. He breaks the blood pact sealed after the rescue of the babe, unintentionally setting off a chain of events that will leave Rathulf fighting not just for his identity, but for life itself.

The Shadow of Fenrir is the first volume in the historical adventure series The Wolves of Dumnonia. Inspired by events recorded in the early mediaeval Anglo-Saxon Chronicle, the Wolves of Dumnonia saga recounts the twilight years of one of the last great British kingdoms: Dumnonia. The series follows the lives of the two surviving heirs, Aneurin and Caelin, who are symbolized by the two wolves of their family's royal standard. Separated in childhood amidst their treacherous uncle's violent conquest of Dumnonia, the two brothers have led utterly different lives as they have grown into manhood. A mystical strand of awareness binds them, however, and as the saga progresses, their paths begin to converge as each seeks out the other.

Both wolven kin are driven by the same unwavering purpose: to one day return to their homeland and together reclaim their stolen kingdom.
click to open popover

Louise
5.0 out of 5 stars Beautifully crafted to captivate readers
Reviewed in Australia on 23 February 2019
Format: Kindle EditionVerified Purchase
A fabulous story that held my interest from beginning to end. It is a great adventure with intrigue and secrets that are unravelled as you get to know the characters. Highly recommend for anyone who loves adventure at any age. It takes you into the world of Vikings and human nature. I can’t wait to read the rest of the series.
Read more
Helpful
Comment Report abuse

Mark Bradley
4.0 out of 5 stars Great read. Want more
Reviewed in Australia on 6 May 2019
Format: Kindle EditionVerified Purchase
A great read. Can’t wait for the next book. Strong deep characters and a drag you along plot. . A real sense of the viking era. Well researched. Recommended for all ages.
Read more
Helpful
Comment Report abuse
See all reviews from Australia

Matthew Andrews
5.0 out of 5 stars A magnificent YA saga
Reviewed in the United States on 31 May 2019
Format: Kindle EditionVerified Purchase
What a story! You will find yourself pulled into the world of Rathulf, a young Viking, and the richly drawn characters that surround him. Wish we could binge-read the series!
Read more
Helpful
Sending feedback...
Thank you for your feedback.
Sorry, we failed to record your vote. Please try again
Report abuse

Robin Greer
5.0 out of 5 stars A great beginning
Reviewed in the United States on 21 January 2019
Format: Kindle EditionVerified Purchase
The Shadow of Fenrir lays the foundation of a very readable and fun Viking/Briton saga. I loved the characters and and laughed often at the dialogue between them, especially Sigvald and his wife Helga. I can’t wait to continue reading about the Wolves of Dumnonia!
Read more
Helpful
Sending feedback...
Thank you for your feedback.
Sorry, we failed to record your vote. Please try again
Report abuse