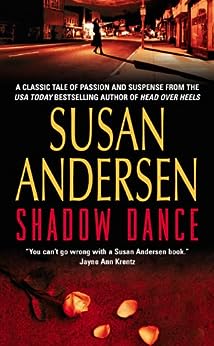 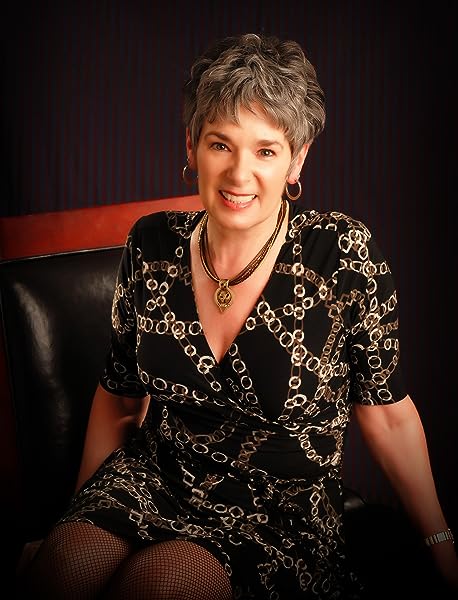 Susan Andersen grew up in a house filled with testosterone and things haven't changed. Still in the minority in her own home, she's surrounded by her high-school sweetheart, her son and all-male pets.

According to Andersen, who grew up in Seattle, having two older brothers was a mixed blessing. "When anybody messed with me, my brothers were always quick with an offer to beat them up. That was sorta nice, although I personally believe it had more to do with the fact that guys just like to fight than with any towering concern for my welfare. You might think that's cynical, but guess who the target was if no one else was around and they were tired of fighting each other? I must've spent half my childhood locked in the bathroom, screaming, 'Dad's gonna get you when he gets home.' I know, nobody likes a stoolie. But it was either that or have my block knocked off on a regular basis, and trust me, Daddy was the best deterrent going."

Andersen started writing books later in life. "I wrote bits and pieces all my life, but I never really felt as if I had the life experience to string an entire book together until I turned 30," she said. When her son was young, a friend suggested series romances to Andersen and from that point on, she was hooked. She never intended to be a writer. "I actually wanted to be a dental assistant. I went to college to learn the craft, only to discover that as employers, I didn't like 99% of the dentists I worked for," Andersen admits.

Given her early training in dealing with men, she was a natural at the dynamics and pitfalls of the male/female experience. Susan's first novel, Shadow Dance, hit shelves in 1989. She reached bestseller lists with her book Baby, I'm Yours, which went on to be named one of Romance Writers of America's Top 10 Favourite Books of 1998 and also won the Romantic Times magazine Reviewers' Choice Award for Best Contemporary Romance of 1998. Susan has gone on to have her books appear repeatedly on the New York Times extended list and be selected three years in a row as one of the 10 novels named Amazon.com Editor's Choice in 2001, 2002 and 2003. Today she continues to write stories where the guy gets the girl, as long as he's willing to bend a little.

Her fast-paced story lines, wry humour and edgy writing style have consistently placed her books on both the mass market charts and on bestseller lists including the New York Times extended, USA TODAY, Waldenbooks, Barnes & Noble and Amazon.com. She currently lives in Seattle with her husband. --This text refers to the mass_market edition.

Susan Andersen writes contemporary romantic suspense peopled with hot, edgy men and the women who tame them. She's also known for her sassy, sexy, often humorous novels of opposites attract. Her books have spent many weeks on the USAToday and New York Times bestseller lists, and have twice been included in RWA's Top Ten Favorite Books of the Year. The proud mother of a grown son, Susan is a native of the Pacific Northwest, where she lives with her husband and two cats.

Kathryn Moore
2.0 out of 5 stars Some things are better left unpublished
Reviewed in the United States on 9 October 2002
Verified Purchase
My pet peeve is when an author becomes successful and the publishing company releases all of their early attempts at writing. They do this hoping to ride the wave of popularity of the author, but some things are better left unpublished! I also wish that these books were not advertised as "new releases". I have been disappointed several times when I ordered a book online, only to discover when it arrived that it was something written by the author 20 years ago and then re-released. These stories tend to be outdated and some of the dialogue is laughable!
Read more
One person found this helpful
Report abuse

katy
5.0 out of 5 stars great read!
Reviewed in the United States on 1 October 2014
Verified Purchase
Great book, lots of twists and turns!
Read more
Report abuse
See all reviews
Back to top
Get to Know Us
Make Money with Us
Let Us Help You
And don't forget:
© 1996-2021, Amazon.com, Inc. or its affiliates