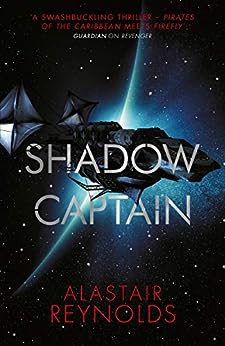 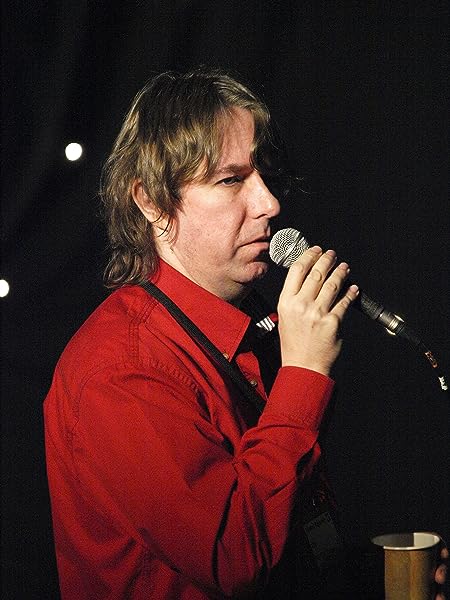 Alastair Reynolds was born in Barry, South Wales, in 1966. He studied at Newcastle and St Andrews Universities and has a Ph.D. in astronomy. He stopped working as an astrophysicist for the European Space Agency to become a full-time writer. REVELATION SPACE and PUSHING ICE were shortlisted for the ARTHUR C. CLARKE AWARD; REVELATION SPACE, ABSOLUTION GAP, DIAMOND DOGS and CENTURY RAIN were shortlisted for the BRITISH SCIENCE FICTION AWARD and CHASM CITY won the BRITISH SCIENCE FICTION AWARD.You can learn more by visiting www.alastairreynolds.com, or by following @AquilaRift on twitter. --This text refers to an alternate kindle_edition edition.

"Revenger is classic Reynolds-that is to say, top of the line science fiction, where characters are matched beautifully with ideas and have to find their place in a complex future. More!"--Greg Bear on Revenger

"Reynolds has sketched in a galaxy littered with the relics of former civilizations (human and alien), with plenty left to the reader's imagination, and room for a sequel."--Library Journal on Revenger

"A blindingly clever imagining of our solar system in the far flung future."--The Sun on Revenger

"By far the most enjoyable book Reynolds has ever written."--SFX on Revenger

"Basically, it's Treasure Island meets Moby Dick, set in space, with a nice Blade Runner-ish color palette and a cast of character worthy of a Terry Gilliam movie. I loved it."--Joanne Harris on Revenger

"An excellent, gripping piece of work."--SFANDF Reviews on Revenger

"A layered star-spanning odyssey filled with drama, adventure, and, yes, revenge."--AudioFile on Revenger

"A swashbuckling thriller--Pirates of the Caribbean meets Firefly--that nevertheless combines the author's trademark hard SF with effective, coming-of-age characterization."
--The Guardian on Revenger


"Alastair Reynolds [is] one of the leading lights of the New Space Opera Movement . . . . Revenger is tremendous fun." --Locus --This text refers to an alternate kindle_edition edition.

Alastair Reynolds was born in Barry, South Wales, in 1966. He studied at Newcastle and St. Andrews Universities and has a Ph.D. in astronomy. He stopped working as an astrophysicist for the European Space Agency to become a full-time writer. Revelation Space and Pushing Ice were shortlisted for the Arthur C. Clarke Award; Revelation Space, Absolution Gap, Diamond Dogs, and Century Rain were shortlisted for the British Science Fiction Award, and Chasm City won the British Science Fiction Award. --This text refers to an alternate kindle_edition edition.

Returning to the universe of Revenger, award-winning author Alastair Reynolds delivers another thrilling tale set among the stars. --This text refers to an alternate kindle_edition edition.

A swashbuckling thriller - Pirates of the Caribbean meets Firefly - that nevertheless combines the author's trademark hard SF with effective, coming-of-age characterisation [review for Revenger] - GuardianA must-read... an unexpectedly personal and emotionally-driven tale of determination and retribution - with some great twists along the way and a gutsy heroine who will appeal to fans of young adult literature [review for Revenger] - STARBURSTBasically, it's TREASURE ISLAND meets MOBY DICK, set in space, with a nice BLADE RUNNER-ish colour palette and a cast of characters worthy of a Terry Gilliam movie. I loved it [review for Revenger] - JOANNE HARRISReynolds makes the human story compelling in a narrative that, spiced with bizarre characters aplenty and propelled by vengeance, smacks intriguingly of everything from Robert Louis Stevenson's Treasure Island to Mad Max [review for Revenger] - Nature --This text refers to an alternate kindle_edition edition.
Read more

4.3 out of 5 stars
4.3 out of 5
547 global ratings
How are ratings calculated?
To calculate the overall star rating and percentage breakdown by star, we don’t use a simple average. Instead, our system considers things like how recent a review is and if the reviewer bought the item on Amazon. It also analyses reviews to verify trustworthiness.

Peter Eerden
TOP 500 REVIEWER
5.0 out of 5 stars What’s not to like about this series
Reviewed in Australia on 7 August 2019
Verified Purchase
Fura and Adrana are sisters and are on an adventure that takes them from their small home world to the farthest flung universes it is possible to travel in a ship currently called Revenge. That could change of course as the series progresses as it has already done in the past. The author is a truly gifted storyteller and has created a universe that I want to continue to explore so I will wait breathlessly for number three. Don’t make me wait too long please.
Read more
Helpful
Report abuse

Terry Masson
5.0 out of 5 stars Fantasyic
Reviewed in Australia on 11 February 2019
Verified Purchase
As always Reynolds weaves a creative tale full of suspense and character, set on a marvellous backdrop that is a true pleasure to bask in.
Read more
Helpful
Report abuse
See all reviews

Heebee
1.0 out of 5 stars Utter disappointment
Reviewed in the United Kingdom on 19 January 2019
Verified Purchase
Reynolds is one of my favourite authors, but Shadow Captain is one the dullest novels I've read by anyone. It is monotonous in tone (reads a bit like a very bad Victorian novel), the characters totally uninvolving. As a tour-de-force of how to write like a nineteen-year-old perhaps it works, but I'm a third of the way through and most of the writing has been exposition - pretty silly as this is a second volume - and almost nothing of any interest has happened. I did wonder if I was inb a bad mood, then picked up another book and was immediately immersed. In the same way that I'd love to give books like Chasm City six stars, I'd be very happy to give this minus one.
Read more
21 people found this helpful
Report abuse

Photochromatic
1.0 out of 5 stars A dull, childish book which reads like a poor YA novel
Reviewed in the United Kingdom on 29 January 2019
Verified Purchase
Reynolds has hitherto been one of my favourite authors, and I have enjoyed his intricately constructed worlds, convoluted plots, and complex characters. Unfortunately, this book (and the preceding one, Revenger) disappoint on every level.

A ridiculous, steam-punk meets space-pirates environment, with surprisingly shallow 'science' and back story. One-dimensional, unlikeable characters who barely develop over two novels, and whose motivation and behaviour are formless. Pointless, barely-described aliens which almost seem blue-screened into the plot as an afterthought. Puerile language which borders on infantile: the galaxy is the "swirly", the characters breathe "lungstuff", and refer to each other, ad nauseam, as "coves".
Above all, a dreary, predictable, un-engaging story. There are about two chapters' worth of plot in the entire book, stretched out, with banal dialogue and dull description, to fill a novel.
It is hard to tell if this is genuinely intended to be a young adult story, or is just a short story which has been padded out to sell as a novel. Either way, it is a disappointing offering from an author who is capable of so much better.
Read more
12 people found this helpful
Report abuse

Takoul
3.0 out of 5 stars Are we nearly there yet?
Reviewed in the United Kingdom on 22 January 2019
Verified Purchase
You can tell this is a second book in a trilogy.
But despite that it still kept my attention. Everything from the first book was there; the twins relationship, alien mysteries, galactic secrets, the boundary between good and evil. It's just the star shone a little quieter in the telling.
How do you make a car journey more interesting in the middle? All the games have been played and you can't see the mountains/sea yet.
But I think we were shown some interesting scenery in this book.
Shame Lagg couldn't be explored in greater depth. A flashback may have been a bit corny.
Read more
5 people found this helpful
Report abuse

HollowJ
4.0 out of 5 stars A good read, if straightforward
Reviewed in the United Kingdom on 17 February 2019
Verified Purchase
People giving this book 1 star are being a bit silly; it's not some dreadful self published toss, this is a good book by an experienced author.

No, there's nothing gritty in here from his Chasm City days, it's a pretty straightforward story, but hangs together well and has a good plot. I felt it was better than Revenger, and written for an older audience, but you will need to have read that book first to make much sense of this one.

On re-reading this again a couple of years later, it really is a good book, and is better then Revenger, mostly I think through being written from the point of view of Adrana. The premis of the solar system the book is set in is also fasicnating, I'd like to know more about what happened and how it became the way it is, perhaps the final book will tell us.
Read more
5 people found this helpful
Report abuse

Umbudamidlun
5.0 out of 5 stars It's Reynolds, it's excellent.
Reviewed in the United Kingdom on 30 November 2020
Verified Purchase
If you are in to this Author's work and have read the previous book in this series you will love this.

Two sisters in a brilliantly imagined universe have to overcome their differences, learn new stuff and kick arse together. Hard. This isn't "hard sci-fi" like Mr Reynolds is known for, but that does not make it any less realistic. The premise is imaginative, spooky and thrilling. The Good guys are bad and the bad guys are despicable, until you find out why they might be a little naughty. Or actually seriously over the top psycho bad-ass naughty. But then our heroines may also be naughty... just read the book if you are into Reynolds!

As the title of this review says, I love this guy's books. This one is an excellent addition to his library.
Read more
Report abuse
See all reviews
Back to top
Get to Know Us
Make Money with Us
Let Us Help You
And don't forget:
© 1996-2021, Amazon.com, Inc. or its affiliates