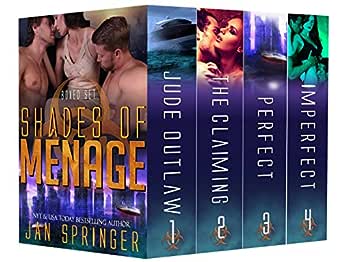 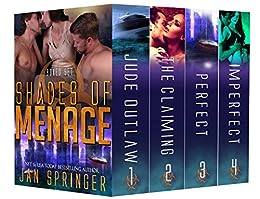 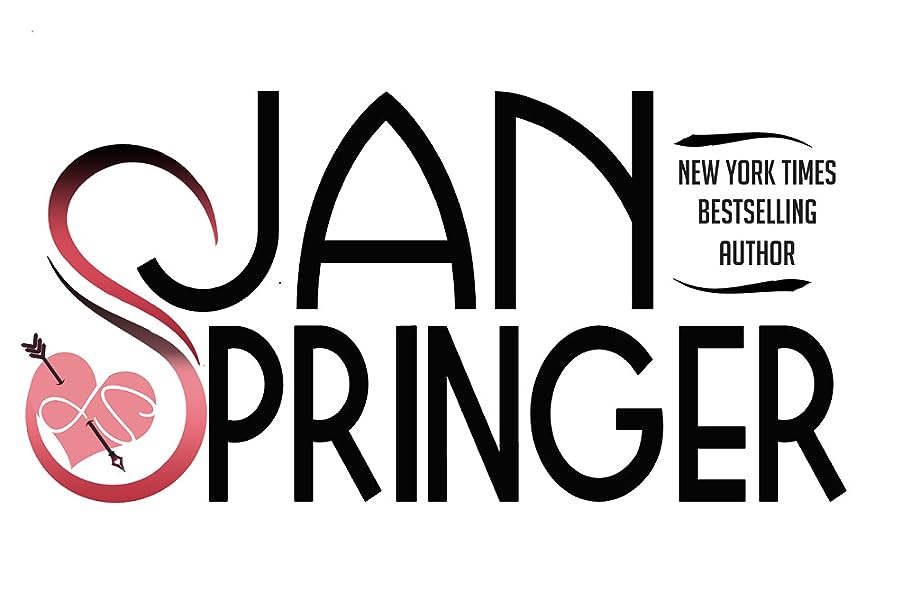 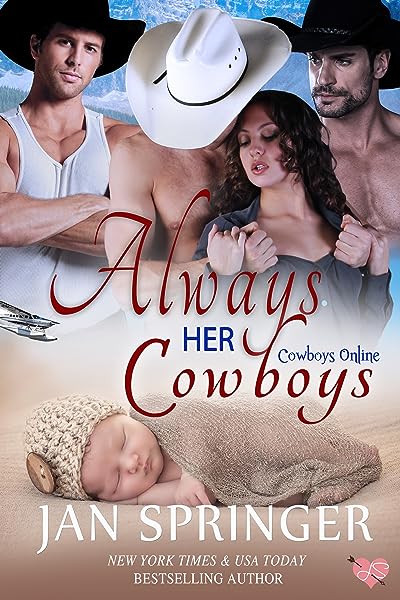 Inside "Shades of Ménage" Boxed Set

A fast-acting virus has killed a majority of the world’s female population. Women’s rights are stripped away and The Claiming Law is created, allowing groups of men to stake a claim on a female—as their sensual property.

After five years of fighting in the Terrorist Wars, the Outlaw brothers are coming home to declare ownership on the women they love…and they’ll do it any way they can in "Jude Outlaw" and "The Claiming".

In the future…for population control, each human is embedded with a microchip that suppresses the urge to mate.

Centuries later,…A rebel group of young doctors are secretly tampering with their microchips and experimenting with intimacy. Now they search for allies who can help them with their cause – to eventually free humanity in the Dystopian Romance Ménage stories “Perfect” & “Imperfect”.

Kindle Customer
3.0 out of 5 stars Short, Quick Read
29 March 2015 - Published on Amazon.com
Format: Kindle EditionVerified Purchase
Overall, the price of $0.99 wasn't bad for this set. All 4 stories were relatively short so this was a fast read. These are definitely alternate reality stories where the government has gone off the deep end. If that's not something you wish to imagine, I would skip this set.

Grammatical errors (among other issues - see below) brought my rating down from a 4.

*Spoiler Alert: Jude is not actually a menage story. That was a little disappointing but, it sets up for the Outlaw Lovers series as well as the second book in this set. Thus, it is a nice addition to this set.

I was happy to have the first two stories in two different series represented but, it was a bit of a let - down how similar the third and fourth book in the set were. All in all, it feels more like you get 2 menage stories and one story of a couple. It's not a bad deal at $0.99 but, if the price is any higher, you might not feel like you get your money's worth from it.

ffgraphix
4.0 out of 5 stars Shades is a great description
20 March 2015 - Published on Amazon.com
Format: Kindle EditionVerified Purchase
The combination; a possible menage in the first story and a true one, in the second gives this collection a unique start. A hint in the first story, then the second is about protecting the women that could be forced into situations that could become violent and with more partners than they really want. But the law states, since most of the women have been wiped out by a virus, that the women need to have at least 4 partners. It's not ideal but if they don't they are forced, which no woman wants wants.

The next couple of stories are based in a dystopian world were all major emotions have been wiped out of existence with a rising tide when mankind almost wipe the earth and themselves with out of control emotions. After 300 years sex has become illegal and people are starting to realize something is missing and a rebellion begins quietly to experiment with the Pregnancy doctors being used to create babies while the bio-chips keep the emotions intact, like none, then the women get their minds wiped of the incident. To further this now "Improved World" the powers are systematically getting rid of the doctors and machines are used for reproduction and sex. And every woman has to have one baby by the time that they are 30, if they don't they are put thru a horrendous experience. Hold onto your hats as the steamy sex erupts with emotions that most people are totally puzzled by!

The sex is steamy hot in each of the stories. I do mean HOT! These story lines are different but you will enjoy!! if you like sci-fi romance and sex!

Kindle Customer
3.0 out of 5 stars Different
29 October 2016 - Published on Amazon.com
Format: Kindle EditionVerified Purchase
I don't read five star reviews, really long reviews or put much weight on ARC reviews. I do read and use all the other reviews to pick my purchases. Using those parameters I pretty much agree with the reviews I read. It wasn't great but wasn't bad either. I'm happy with the purchase.
Read more
One person found this helpful

lmartin53
5.0 out of 5 stars Steamy
22 April 2015 - Published on Amazon.com
Format: Kindle EditionVerified Purchase
Great box set. Loved the story line on the first two books. What woman wouldn't want to have a group of men at her beck and call. Lucky for them. And the futuristic series in the last two books are very creative. Would love to read all of the series.
Read more
One person found this helpful

mon
4.0 out of 5 stars Like it
12 October 2015 - Published on Amazon.com
Format: Kindle EditionVerified Purchase
Interesting concept for a story line. Loved that there was a balance of story to erotica. Want to read the rest of the stories.
Read more
One person found this helpful
Go to Amazon.com to see all 22 reviews 3.6 out of 5 stars
Get FREE delivery with Amazon Prime
Prime members enjoy FREE Delivery and exclusive access to movies, TV shows, music, Kindle e-books, Twitch Prime, and more.
> Get Started
Back to top
Get to Know Us
Make Money with Us
Let Us Help You
And don't forget:
© 1996-2020, Amazon.com, Inc. or its affiliates