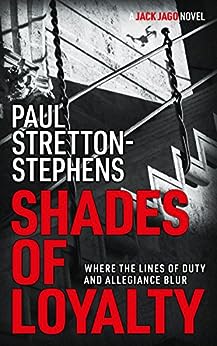 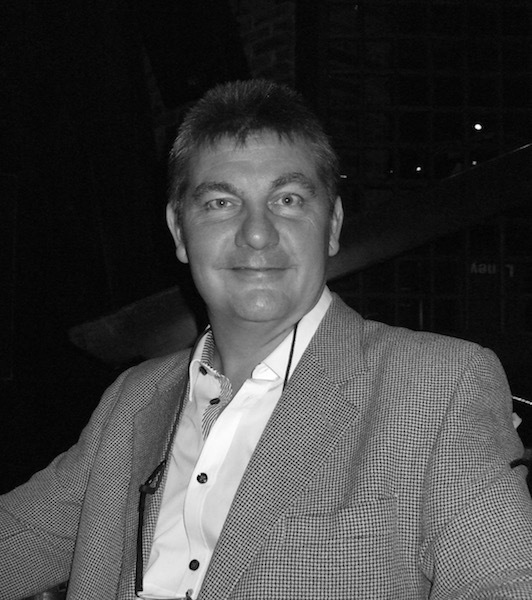 "I couldn't put it down and am looking forward to reading many more by Paul. He really knows how to keep you engaged in the story."

"This reminds me of the James Bond movies. It starts with a bang--literally--and never lets up."

"I've just finished Shades of Loyalty and it was as good as expected. I'm really enjoying this series. I really recommend these books. Jago and company are everyone's heroes."

"This is a non-stop adventure with a strong convoluted plot. Jago had to solve a puzzle and stop further crime committed by as-yet-unknown suspects. He has assembled a crew who are equally as smart and tough as he and will stop at nothing to accomplish the final goal. I look forward to more adventures from Jago, Abi, Bernie, and Dom."

"Once I started, I couldn't put the book down. Story moves fast and I kept reading not wanting to miss the next twist. Well written. If you like spy thrillers, this is a great one.
Part I really liked about this author is, Though it says it is book 2 in the series, it is completely self-contained. So many authors write one story but break it into many different books, which Paul did not."

Paul Stretton-Stephens was born in Robin Hood country, Nottingham, UK, He has served in the Royal Marines, Royal Military Police, and the UK Home Office. He has worked as an International Security Consultant, and as a teacher, Paul has also taught Physical Education, and Business Management and before writing full time he held the post of Head Teacher in a secondary school. Paul has written a two-part YA thriller Enemies Rising and published a family story, Ghost School. He is currently writing the Jack Jago Thriller Series. Here's an insight into the series: Ex-special forces, ex-military police Jack Jago is a man of justice. He may work for the government but for Jago being a deniable private entity has the benefit of not having to adhere to any rules, in fact, his 'No Rules' engagement allows him to go where others dare not. Rest assured that where the stakes are at their highest, Jack Jago is the man called upon to provide a rapid solution. Paul has travelled extensively and has lived abroad for some years. He is happily married and lives in Devon, UK where he adores living by the sea. He doesn't let his visual impairment stifle his activities and is presently learning to play the guitar. So, wish him luck with that! Paul loves hearing from readers, so please feel free to get in touch with him. You can find him at: Website: www.pstretton-stephens.com Facebook: https: //www.facebook.com/WriterPaulStrettonStephens/ Twitter: https: //twitter.com/PssWriter LinkedIn: https: //www.linkedin.com/in/paul-stretton-stephens/ --This text refers to an out of print or unavailable edition of this title.

Robin Hansen
TOP 1000 REVIEWER
5.0 out of 5 stars Powerful book
Reviewed in Australia on 21 June 2018
Paul has written another amazing fast paced adrenaline high thriller on the heels of his other book in the series about Jago and his team, to stop a series of explosions and money misplaced. Splatter was determined to have his displaced revenge. Although Jago is also in this book, it is a stand alone novel, not a continuation from book one. Definitely heart racing action. I received an arc copy of this book for an honest review and can recommend the whole series. Readers will definitely not be disappointed
Read more
Helpful
Report abuse
See all reviews

Rea
5.0 out of 5 stars A Wonderfully Relevant Thriller that Grabs You
Reviewed in the United States on 29 June 2018
Verified Purchase
Shades of Loyalty, for me, was a fantastic thriller that grabbed me from the very first page and carried me along at break-neck speed until the end. Jack Jago leads an anti-terrorist squad that has all the latest gear and has no rules-of-engagement. They make the decisions, on the ground, about how to deal with threats. In this story they are trying to link and stop a series of explosions, as well as a murder, with the only apparent common factor being the dates on which these occur. I thoroughly enjoyed my first introduction to author Stretton-Stephens, as well as his characters that are part of the anti-terrorism squad. A must for all action/thriller lovers - definitely in the mould of a Higgins or a Clancy. Excellent read.
Read more
Report abuse
See all reviews
Back to top
Get to Know Us
Make Money with Us
Let Us Help You
And don't forget:
© 1996-2021, Amazon.com, Inc. or its affiliates