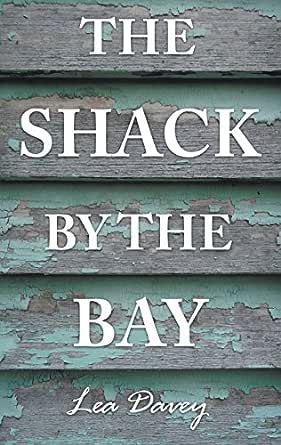 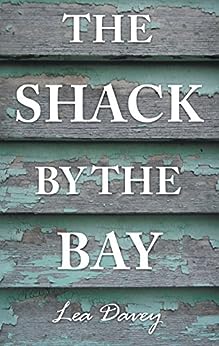 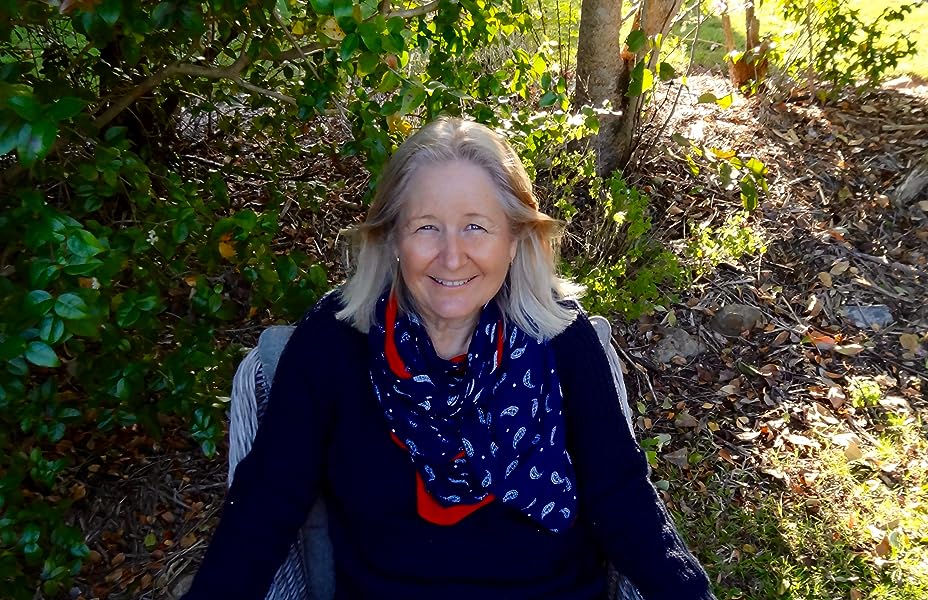 The Shack by the Bay Kindle Edition

Review - I loved the beginning, the pacing, the ending, and everything in-between. This was the author’s debut novel. If you are looking for a book with meaning, substance, and enjoyable storyline with Romance and history, this is your next fantastic read! Author Telma Rocha

Review - This was an absolutely magical read, one in which will remain with me for a long time after turning the final page. Angela – Goodreads’ Reviewer

Review - Loved the North Queensland setting for this novel - the coastline and fishing, the beaches, the shack, towns and pubs were all brought to life with beautiful description. An interesting mix of family turmoil, a coming of age, love and its complications against the backdrop of World War II and Australians fighting in New Guinea. A very commendable first novel.     Jill – Goodreads’ Reviewer

Jill
5.0 out of 5 stars Eagerly awaiting more from this talented new novelist!
Reviewed in Australia on 13 August 2016
Verified Purchase
Wonderful to find a new Australian author who has based this compelling story of a complicated family, a coming of age, and of finding love with a soulmate in a magical North Queensland setting that was brought to life with beautiful description. The backdrop of WWII and the poignant connection with the main character just added that extra depth to an intriguing tale. Really looking forward Lea Davey's next book. Hope it continues promoting the experiences and values of an older generation that was obvious throughout this novel!
Read more
One person found this helpful
Helpful
Comment Report abuse

ian Relaxbyread
5.0 out of 5 stars A interesting read, combining Australian history with a great background story
Reviewed in Australia on 28 March 2019
Verified Purchase
From the first chapter this historically based novel is a great read, the characters are very believable with their background of WW2 and post war expansion of our population.
Read more
Helpful
Comment Report abuse

Amazon Customer
4.0 out of 5 stars Good book
Reviewed in Australia on 23 October 2018
Verified Purchase
Enjoyed this book. After reading you could close your eyes and really imagine what it would be like to be at the shack.
Read more
Helpful
Comment Report abuse

hamish
3.0 out of 5 stars ok read
Reviewed in Australia on 19 November 2018
Verified Purchase
not a bad read
good descriptions of a life in queensland
Read more
Helpful
Comment Report abuse

Alyson Anderson
4.0 out of 5 stars Relaxing easy read.
Reviewed in Australia on 2 June 2019
Verified Purchase
It was a delightful easy read. I enjoyed it.
Read more
Helpful
Comment Report abuse

TheMadHatter
5.0 out of 5 stars An Authentic Aussie Gem
Reviewed in Australia on 5 April 2017
At the surface level, this book is a very slow burn romance book between Luke (typical country boy) and Lily (lost city girl). However, when you scratch the surface there is so much more to this book. This is the quintessential Aussie novel with your very well crafted (and oh so real) characters, your unique Queensland landscapes and typical aussie lingo/slang.

My favourite character was, without a doubt, Pa. He just felt so real and warm to me and when I found myself sobbing in the first 50 pages, I knew Lea's writing had won me over. There is a real gentleness to her writing that is hard to describe. I think Lea's experience as a history teacher shines through and I think she captured wartime mood beautifully (although the book is set in modern times, there are historical elements linked to WWII). I have always found it difficult to understand the underlying hate many older Australians have for the Germans and Japanese, but Lea manages to convey understanding in a historical context that shows both an old and modern view of seeing this. I mentioned to my husband that I could UNDERSTAND (but not accept), through this book, the prejudices that live on to this day.

I did struggle a little in the second half of the book with Luke. He was such a beautifully crafted character in the first half and when he met Lily, I found it difficult to accept the way he treated her and the dialogue felt a little more forced/not quite as authentic between them. Lily is also the opposite to the usual female characters I set out to read and she infuriated me. I love strong, female leads who are usually the warriors and assassins. Lily was the little, lost girl with low self-esteem. However, even though I didn't gel with the characters, they felt authentic. Even though I cringed with some of the slang, we know that in some locations it is authentic.

Authentic. That is the best way to describe this beautiful, little, aussie treasure. The story line moves at a snail's pace, but it doesn't feel like a slow read. It feels refreshing and made me feel that I too have had a peaceful reprieve for the craziness of life in my own (mental) shack by the bay.

Janice
5.0 out of 5 stars An Aussie Romance
Reviewed in the United States on 2 November 2016
Verified Purchase
Lea has told a story which is visually splendid. The imagery of the Whitsundays on the north Queensland coastline is spectacular. I think Lea must have visited many times to convey such a detailed vision of it? The love story between Luke and Lily is not without it's complications. The war-time story underlying their romance is a credible and confronting one. The characters are real and I think we all know or have come across at least one of the book's characters in our lives. I enjoyed the way Lea respects and acknowledges our older generations as founts of wisdom and advice. A visual feast, a delightful romance and very well written. Thank you Lea for a wonderful debut novel.
Read more
Helpful
Sending feedback...
Thank you for your feedback.
Sorry, we failed to record your vote. Please try again
Report abuse

Carol Fox
5.0 out of 5 stars More than a romance,
Reviewed in the United States on 27 August 2016
Verified Purchase
So much more than just a romance! I loved the way the historical aspects of the story tied all the characters together to tell, not just a romantic tale, but a more complex story of a family with a secret to discover. The vivid imagery used in descriptions of people and places often transported me to North Queensland and another time. I look forward to Lea Davey's further books.
Read more
2 people found this helpful
Helpful
Sending feedback...
Thank you for your feedback.
Sorry, we failed to record your vote. Please try again
Report abuse

Lala
5.0 out of 5 stars A Good Read
Reviewed in the United States on 21 April 2017
Verified Purchase
Enjoyed this story. If I didn't know a bit of Aussie I probably would've read over some of it. Nothing like the mystery of unknown and the coincidence coming full circle. I recommend this book. Sweet sex. Not trashy.
Read more
Helpful
Sending feedback...
Thank you for your feedback.
Sorry, we failed to record your vote. Please try again
Report abuse

Bev
4.0 out of 5 stars Thoroughly recommend this book.
Reviewed in the United States on 9 October 2016
Verified Purchase
I thoroughly enjoyed this book. A feel good romantic story of two people brought together when Luke finds a parcel left to him by his grandfather and sets out to find the owner. The shack is Luke's place in the Whitsunday area of Queensland Australia, such an idyllic place where he takes the reader to enjoy the peace and tranquility.
Read more
One person found this helpful
Helpful
Sending feedback...
Thank you for your feedback.
Sorry, we failed to record your vote. Please try again
Report abuse

Thelma L. Burrows
5.0 out of 5 stars Wonderful!!!
Reviewed in the United States on 24 October 2016
Verified Purchase
The Shack by the Bay is the best book I have read in a long time. The story line and characters were wonderful. I had trouble putting it down. If you want a great love story, this is it.
Read more
Helpful
Sending feedback...
Thank you for your feedback.
Sorry, we failed to record your vote. Please try again
Report abuse