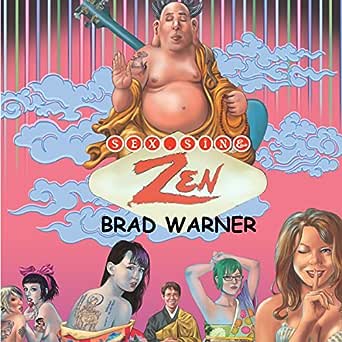 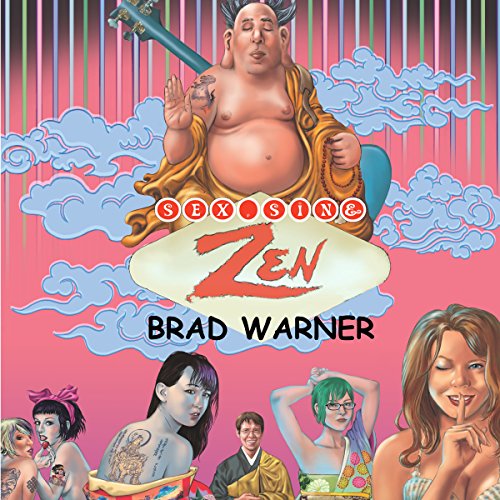 Sex, Sin, and Zen: A Buddhist Exploration of Sex from Celibacy to Polyamory and Everything in Between

msc3000
5.0 out of 5 stars AMAZING
Reviewed in the United Kingdom on 10 February 2015
Verified Purchase
To read a book on a subject such as Buddhism written in the way it has been by Brad Warner was exciting and refreshing. His bravery In releasing his personal views mixed with his experiences within Zen Buddhism and life in general have resulted in a 5 star read. I applaud his balance of humour and ability to not belittle Buddhism in anyway. If you want a plane textbook style read this is definitely not the book for you.
Read more
2 people found this helpful
Report abuse

Senjo
5.0 out of 5 stars A very welcome addition to practical Buddhism and how to live your practice in the crazy modern world
Reviewed in the United Kingdom on 17 January 2011
Verified Purchase
This is an important but controversial book. Whilst there are a lot of books about Buddhist thought and philosophy, there are not so many books which deal with the practicalities of how to live your Buddhist practice in the modern world. One of the particular areas which are not often properly addressed is the question of sex and relationships. The traditional Pali Canon is pretty negative about the question of sex generally and whilst there is the third precept which asks practitioners "to refrain from sexual misconduct" there is little guidance on how to actually do this (especially if you are a single person out there dating in the modern world).
Brad Warner tries to address this gap in this book. In the course of the book, he takes on a whole load of subjects which are almost never dealt with in a lot of Buddhist books and importantly deals with them in a very practical way. So you'll find discussion of celibacy (and not in the monastic sense), monogamy, dating, being gay, open relationships, masturbation, pornography and how to deal with the end of relationships and the heart break that can often follow. A lot of the subjects are controversial, for example, can being a stripper or prostitute be "right livelihood"? Can meditation be used to support and assist someone with a history of being sexually abused? What about swinging or sado-masochistic sex - is that wrong from a Buddhist perspective? How does a lay Buddhist deal with the normal sexual desire that we all have? Is abortion acceptable?
Not every Buddhist is going to agree or approve of every suggestion and viewpoint that Brad Warner expresses (but it isn't a dogmatic book and repeatedly emphasises that ultimately we all have to find our own way through the difficult cirucmstances of our own individual lives).
This is also a very funny book. As with all his books, Brad Warner writes in a jokey and humourous way and this might make some Buddhists uncomfortable (if you are put off by a chapter heading about the concept of no-self titled "How can I play with myself if I don't have a Self?" you might find this book a bit challenging!). Some of the humour in the footnotes is verging on Beavis and Butthead but even here I think Brad Warner is trying to make a point, namely why are we as Buddhists so uncomfortable with the idea of acknowledging and accepting our natural sexual desire?
A really good book and one which should help to start a very useful and much-needed debate on the topic.

Muse
5.0 out of 5 stars Morals & ethics of sex in particular
Reviewed in the United Kingdom on 9 May 2011
Verified Purchase
This is not only one of the very best books I've read, it is also probably one of the very best expositions on spirituality from a true Buddhist perspective. Although sex & sin are primarily discussed in the course of its contents, they are discussed in the light of Zen Buddhism and Buddha's Buddhism. This text is probably currently the most comprehensive available, from a Western Buddhist's perspective, on Western culture's confused, Christian-dominated understanding of sexual desires. Supposedly "spiritual" readers with Catholic upbringing will find the "naked" truths unbearable. :-))

The book is a lot more than about sex, and its title and chapter headings belie the conceptual depth of its contents. The only disappointment is that there are too many silly, puerile puns in the numerous footnotes. If the front cover had a different ("more respectable") image, and those particular footnotes were omitted, it would probably attract a wider audience, and give a better reflection of its contents. The author, perhaps in an attempt to be more humorous than he is already, is also a little too self-belittling. His maverick approach to understanding life's existence has certainly helped enlighten him and, in turn, his readership in a most humorous way.

Sam
1.0 out of 5 stars Good subject ruined by waffling author.
Reviewed in the United Kingdom on 15 May 2015
Verified Purchase
In my opinion this is a great subject ruined by a poor waffling author who has very little knowledge or understanding of the subject matter. He may understand Buddhism to a point but he does not understand the subject of sex. That is quite clear as you read through it. He is quite childish at times, has a tendency to come across as a zany punky teenager and he goes off on strange tangents that jar with just wanting to get on with understanding him.
Read more
One person found this helpful
Report abuse
See all reviews
Get FREE delivery with Amazon Prime
Prime members enjoy FREE Delivery and exclusive access to movies, TV shows, music, Kindle e-books, Twitch Prime, and more.
> Get Started
Back to top
Get to Know Us
Make Money with Us
Let Us Help You
And don't forget:
© 1996-2020, Amazon.com, Inc. or its affiliates