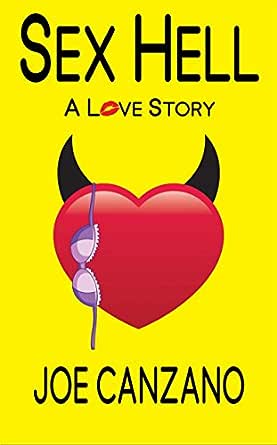 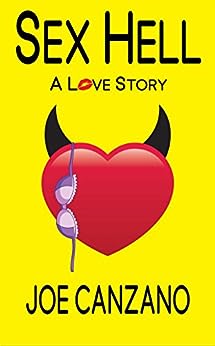 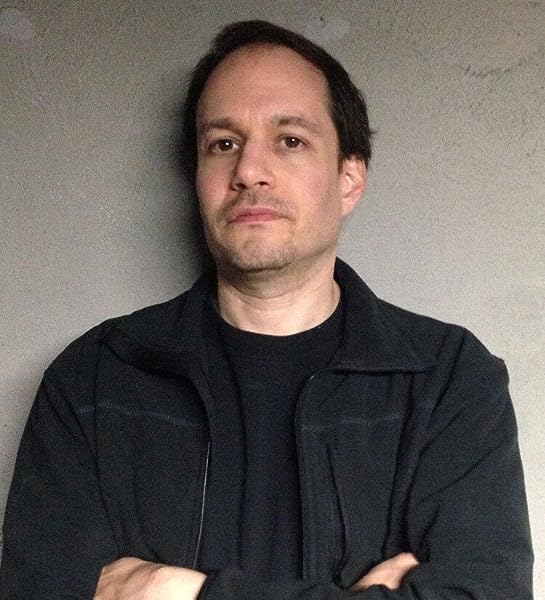 Joe Canzano is a writer and musician from New Jersey, U.S.A. He likes loud guitars and food that screams. He also likes funny books. For more information please visit www.happyjoe.net --This text refers to the paperback edition.

3.4 out of 5 stars
3.4 out of 5
38 global ratings
How are ratings calculated?
To calculate the overall star rating and percentage breakdown by star, we don’t use a simple average. Instead, our system considers things like how recent a review is and if the reviewer bought the item on Amazon. It also analyses reviews to verify trustworthiness.

Caroline
4.0 out of 5 stars A comic fantasy with paranormal and romantic tendencies, wrapped in humour!
Reviewed in Australia on 15 June 2016
Has Debbie found the one, the love of her life, in boyfriend Mike? Although they work well together outside the bedroom, if truth be told she’d much rather eat popcorn, and read and write her novel than get it on with him! Is there something wrong with her? Or, are they just not compatible?

Sex Hell begins as I would expect a contemporary romance to. However, the story takes a special turn when Velva turns up. After overhearing Debbie express her concerns to her colleague and best friend, Cynthia, in a diner Velva decides to offer Debbie a deal: in exchange for some years from Debbie’s life, Velva promises super, hot sex for Debbie. Not only is this a preposterous idea that Debbie initially turns down, it is also tempting after more time spent trying to avoid sex with Mike, and with a little negotiation.

“I’ve got a desire to be younger, okay? And you’ve got a desire to have better sex. And for a small price, I can fix your problem. All I want is a little bit of your youth. Gimme about ten or twenty years; lets call it fifteen. In exchange for that, I’ll fix your sex life. No more awkward fumbling around. No more faking orgasms – oh! oh! oh! And no more having to do anything you don’t want to do. Hell, you can just eat snack food all night and read a book, and he’ll be happy as a pig in a pie store. And you won’t have to die alone.” – Velva

With many enlightened moments, there is a great sense of fun in Sex Hell. The dialogue is brilliant, and the whole story is a fast-paced, exciting read. Debbie’s personal thoughts are often comical and full of humour, despite her sex life concerns.

A love triangle develops early on as the one Debbie finds herself with in Sex Hell is musician, Juan. Juan plays guitar in bars and has had relations with many women. Although, there doesn’t seem to have been anyone special in his recent past. That said, he is a hot lover, and boy does Debbie know it! With feelings of guilt after, and wanting to build on her relationship with Mike, she finds it increasingly more difficult returning to Sex Hell and having many sexcapades with Juan.

The laughing demon, in monkey Carl, who just happens to be watching her sexcapades does seem to offer advice on how to end Velva’s spell. However, the reader is never too sure on who’s side he is on, and whether he is sending Debbie and Juan on a wild goose chase. To make matters worse, Mike and Cynthia are on their tail, and there are moments when they look a little too cosy.

There’s just no telling if the spell will ever be lifted, and just who Debbie wants to be with. What will become of Velva and the demon? What will become of Debbie? This fantasy adventure ends with plenty of paranormal action and will leave the reader on a high with its comical undercurrent. Definitely a read to perk you up and put a smile on your face!

Rêvvâ Tênâg
4.0 out of 5 stars Good
Reviewed in Australia on 4 October 2018
Good if you’re in the mood for a bit of silliness and fun. A unique easy read
Read more
Helpful
Report abuse
See all reviews

Vee
5.0 out of 5 stars Surprised the reviews aren’t better...
Reviewed in Canada on 17 January 2021
Verified Purchase
Maybe some people are too uptight for the bizarro-type creativity of this author, but I’m personally in love with this book.

I thought it was weird at first how the chapters jumped from character to character, but as the story unfolds and you see how everyone’s connected, I actually found it incredibly clever. The characters are (mostly) believable and the interactions between them are entertaining and laughable.

I love the writing style and it has me hooked. Can’t wait to read more of Joe’s stuff. The only negative point I’ll make is that the cover is incredibly cheap looking and doesn’t do the epic story any favours.
Read more
Report abuse

Howard Mandel
4.0 out of 5 stars Surprisingly entertaining! Funny and hot!
Reviewed in the United States on 7 June 2018
Verified Purchase
This is a silly book, on purpose, and easy to read. Who doesn’t like sex and magic stories, laced with goofiness and sci-fi? Reminds me of the novels of Thorne Smith, written in the 1920s, I think - Topper is the best known for having been a Cary Grant movie and later a tv show, or was at least decades back, and Turnabout one of the best - farces satirizing sex, men and women, often with ghosts or other fantasy elements stirring things up. Sex Hell would be a fine beach read, nothing heavy and goes down like a fresh, sweet cocktail. Congrats to the author for devising such a romp, the likes of which I haven’t come on for, uh, nearly forever.
Read more
2 people found this helpful
Report abuse

Ragnar Danneskjold
2.0 out of 5 stars Not Impressed
Reviewed in the United States on 16 August 2020
Verified Purchase
I tried to like this book. Gave me a 'groundhog day' feeling and couldn't hold my interest.
Read more
One person found this helpful
Report abuse

Betty L. Grow
4.0 out of 5 stars The Sex Hell Reaction
Reviewed in the United States on 14 August 2017
Verified Purchase
The story is well written and flows easily for the reader. The characters are not deeply developed, however they are very likable through the story. The story concludes well and gives a closure that doesn't really leave room for a sequel. The book is best suited for young adult, or any age that has an open and sexual imagination that is not looking for extreme erotica. I would read from this author again.
Read more
One person found this helpful
Report abuse

Cliente de Amazon
5.0 out of 5 stars Great, funny story!
Reviewed in the United States on 23 February 2018
Verified Purchase
This book is a fun ride from beggining to end! I found myself enjoying it the more I read it. It's fun, absurd, sexy and ridiculous at the same time! Highly recommended for those of us who don't take fiction too seriously and can appreciate good, witty sense of humor.
Read more
Report abuse
See all reviews
Back to top
Get to Know Us
Make Money with Us
Let Us Help You
And don't forget:
© 1996-2021, Amazon.com, Inc. or its affiliates